Today, on 6 December 2017, US President Donald Trump is expected to confirm his decision to relocate the US embassy from Tel Aviv to Jerusalem, thereby recognizing Jerusalem as Israel’s capital. With US Congress having passed a law providing for the transfer of the embassy to Jerusalem as early as 1995, the move reflects longstanding US policy but is nonetheless unprecedented: All US presidents have hitherto signed a six-month waiver to postpone the implementation of the law, which is inconsistent with international law, renders the abandonment of any peace process absolute, and poses a grave threat to peace, security, and stability in the region and beyond. 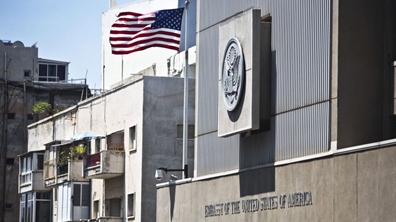 Although the decision represents an expression of longstanding US policy, which implies unconditional support for Israel’s illegal settler-colonialism in East Jerusalem and the rest of occupied Palestine, leaders from the Middle East, the Arab League, the United Nations, the European Union, Pope Francis and others have warned against this move in the strongest terms – particularly because it further imperils any just and sustainable solution to the question of Palestine and may inflame regional unrest and violence.

As the status of Jerusalem – the historically bustling cultural, social, political, and religious center of Palestine – is one of the most sensitive issues in the conflict, the decision may indeed have disastrous consequences in the region as it will be regarded as the dissolution of the last remnants of Palestinian sovereignty over the city. The US move to relocate the embassy to Jerusalem permanently prejudges any future settlement, under which East Jerusalem is to be the capital of the Palestinian state.

International law is unambiguous regarding the status of Jerusalem: Building on its resolution 181 (II) of 29 November 1947, and particularly its provisions regarding the City of Jerusalem, as well as on its resolution 36/120 of 10 December 1981 and subsequent relevant resolutions, the UN General Assembly declares all legislative, judicative, and administrative steps taken by Israel to change the character and status of the Holy City of Jerusalem, particularly through illegal settlement activities, the construction of the Wall, discriminatory policies towards Palestinian residence in and access to East Jerusalem, and the “Basic Law” describing Jerusalem as Israel’s united capital, among other illegal measures detrimental to Palestinians’ inalienable rights and living conditions, null and void. It demands Israel to forthwith cease such illegal and unilateral practices, which prejudge a final status agreement on Jerusalem.

In its 2004 advisory opinion, the International Court of Justice recalled “relevant United Nations resolutions affirming that actions taken by Israel, the occupying Power, to change the status and demographic composition of Occupied East Jerusalem have no legal validity and are null and void”.

Review: The Status of Jerusalem

Rich in religious, cultural and historic significance, the status of Jerusalem has been at the heart of the Palestine question since 1948, with ramifications reaching well beyond Palestine and Israel. As the site of the Al-Aqsa Mosque, the first kibla and third holiest sanctuary of Islam; the Western Wall, the last remnant of the second Jewish Temple; and the Church of the Holy Sepulchre and the Passion of Crucifixion, Jerusalem carries substantial significance for millions of believers of the three monotheistic religions throughout the world. Throughout history, Jerusalem as one of the oldest cities of the world has been at the crossroads of civilizations and cultures, and a destination for pilgrims and conquerors as well as peoples and groups who fought battles over its control. 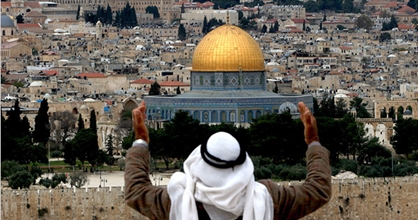 Conflicting claims by Palestinian Arabs and Jews emerged in the nineteenth century, as a result of the British Mandate and particularly its terms of increasing Jewish emigration to Palestine, and have gradually given the question of the status of Jerusalem its political and territorial dimension and turned the City into the embodiment of the national essence and right to self-determination of the States of Israel and Palestine alike. When violence increased in 1947 and the war broke out in 1948, Jerusalem emerged as centre piece of the conflict and its control became paramount. Seeking a permanent solution, the UN divided the City into an Arab and Jewish part in the context of the Partition Plan, while retaining the unity of Jerusalem by envisioning an international regime under UN control. In its partition resolution 181 (II) entitled “Future government of Palestine” of 29 November 1947, the General Assembly determined that Jerusalem “shall be established as a corpus separatum under a special international regime and shall be administered by the United Nations”.

In the 1948 war, Israel annexed West Jerusalem in contravention to international opinion, which had ordered the internationalization of Jerusalem. After its illegal occupation of East Jerusalem in 1967, Israel introduced discriminatory legislative measures aimed at the “Judaization” of the city. These illegal practices were entrenched through its formal annexation of East Jerusalem in 1980, pursuant to which Israel institutionalized discrimination against Palestinian East Jerusalemites, particularly through “second class citizenship” subject to revocation and an apartheid planning and zoning regime. The pursuit of “Greater Jerusalem” by the Occupying Power in an effort to forestall a negotiated permanent status of Jerusalem overshadowed the peace processes. At the time when the Oslo peace process stalled, Israel proclaimed its “Master Plan” for Jerusalem and furthered the isolation of East Jerusalem from the rest of occupied Palestine.

The pursuit of “Greater Jerusalem” by the Occupying Power in an effort to forestall a negotiated permanent status of Jerusalem overshadowed all peace processes. The 1999 E1 Master Plan, deplored in uncountable resolutions, implied the creation of an urban bloc between the large urban settlement Ma’ale Adumim and Jerusalem, exacerbated the isolation of East Jerusalem from the rest of occupied Palestine and disrupted the territorial contiguity.

Throughout the years until today, UN resolutions have repeatedly reiterated that all measures aimed at altering the character and status of the Holy City of Jerusalem are null and void and must be rescinded forthwith. In direct contravention to UN resolutions, Israel has continued its illegal settlement activities, particularly the so-called E-1 plan, unabated. To perpetuate its control over the City, Israel has entrenched its “Jerusalem closure policy” by erecting checkpoints, constructing the Separation Wall, and imposing a permit regime. Israel restricts Palestinian access to and residence in East Jerusalem and further isolates the city from Palestine. The Occupying Power also persistently demolishes Palestinian homes, revokes residency rights and evicts and displaces Palestinians. Besides, it regularly violates the historic status quo at the holy places of Jerusalem through, inter alia, military incursions, excavations, and acts of incitement. Israel has continued these illegal activities to further the “de-Palestinization” of Jerusalem in an effort to change the demography of Jerusalem in favor of a Jewish majority, with the larger aim of undermining claims to Jerusalem as the capital of a Palestinian State.

Trump’s decision to relocate the embassy and officially recognize Jerusalem as capital of Israel does not change the internationally recognized status of Jerusalem, according to which East Jerusalem is illegally occupied and is the future capital of Palestine. All the move does is to reveal in bright daylight that the US is not – and has never been – an honest broker in the conflict. It may well make alleged Palestinian allies, notably Arab States, reflect upon their strategies that have hitherto consisted in proclaiming solidarity with Palestinians while in practice cooperating with Israel to pursue their immediate interests. They may reconsider their complicity in Israel’s persistent illegal activities and subversion of Palestinian rights in an effort to forestall any just solution to the conflict.

Taking into account the implications of Trump’s decision to move the embassy, now would be the time for Arab States to reconsider their alliances, for European states to take a much more decided stance on Israel’s illegal activities, and for all UN Member States to finally hold Israel accountable for its complete disregard of its international obligations – and thereby to comply with their own.

As the move is in breach of US obligations as UN Member State, we call upon the UN General Assembly to condemn this step. The US should understand that its decision is in contravention to all its international obligations and constitutes a threat to peace and security in the region and the world. Today, GICJ reaffirms in the strongest manner that the United Nations, its relevant bodies, and UN Members States must take all necessary measures to:

•    Finally bring an end to the prolonged occupation of Palestine and fulfill Palestinians’ right to national self-determination, which involves the end of all illegal settler-colonial activity and the destructive blockade on Gaza;

•    Ensure the immediate end to all Israeli policies and practices aimed at altering the character, status, and demography of occupied Palestine, particularly East Jerusalem;

•    Urge Israel to cease its discriminatory planning, development, and land system in occupied Palestine and within Israel and to rescind all policies and practices resulting in the forced eviction and transfer of Palestinians, including demolitions, confiscations, and the creation of a coercive environment;

•    Demand Israel to comply fully with the provisions of the advisory opinion of the International Court of Justice and thus to dismantle the Separation Wall.