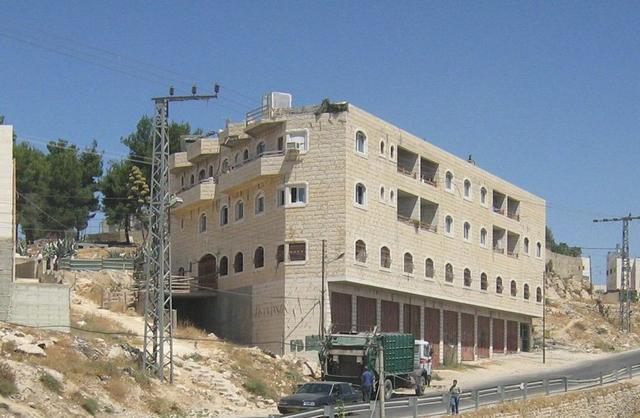 On 11 March 2014 the Israeli Supreme Court legalized a new, illegal settlement in Hebron by ruling that the rights to the al-Rajabi House will be given to the settlers, against the will of its owner. Although previous rulings had found that purchase documents were forged the purchase was approved by the Minister of Defense in April 2014. GICJ sent several urgent appeals to the UN Special Procedures and warned that the Supreme Court's decision was obviously of political nature and would entail grave consequences for the Palestinian population in an area where the humanitarian implications of illegal settlements are already extremely severe. The concerns were shared by the UN Special Rapporteur on Palestine, Richard Falk.

The situation in Hebron

All Israeli settlements in the heart of Hebron City are illegal under international humanitarian law. The situation in Hebron however is particularly difficult and one of the most volatile flashpoint in the West Bank with respect to relations between settlers and Palestinians. Hebron is the only West Bank city with Jewish settlements inside its urban area. About 600 settlers are living in the heart of the city, with a military presence of about 1500 soldiers. These settlers are among the most ideologically-motivated, and heavily armed of all West Bank settlers.

The IDF security measures to protect Hebron’s settlements have led to a critical humanitarian and economic situation for the Palestinian population. Access restrictions imposed by Israeli in H2 compounded by systematic harassment by Israeli settler and Israeli forces have resulted in the displacement of thousands of Palestinians and the deterioration of the living conditions of those who stayed.

A number of 512 Palestinian shops inside the restricted area were closed due to Israeli military orders and another 1.100 shops have been closed due to heavy measures imposed on customers and suppliers. The remaining families living in the street are subject to severe restrictions and need to leave their homes through their back doors or climb over their neighbor’s roofs in order to reach their homes.

Hebrons Shuhada street before and after the closure

Occupation forces justify restrictions imposed on the Palestinian population as a means to protect settlers residing in the city and to allow settlers to lead a normal life. One of the biggest problems in the area however is settler violence and there are serious gaps in the enforcement of the rule of law of Israeli settlers involved in violence and intimidation against Palestinians. The vast majority of complaints filed in recent years have been closed without indictment.

Families living below the settlements remain subject to daily attacks. Metal netting has been erected in the Old Suq running under the settlements of Beit Hadassah and Avraham Avinu from where settlers throw garbage and stones to discourage movement below. This violent settler activity in Hebron is aimed at pushing Palestinian families out of the area, particularly those living close to settlements. 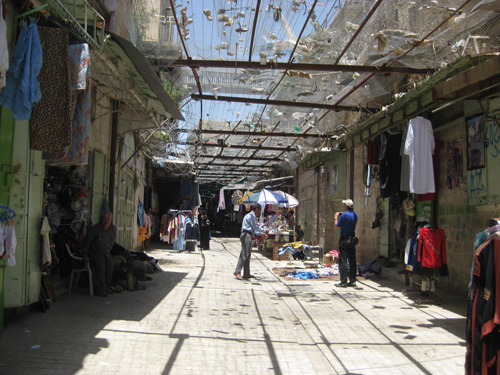 The situation will worsen with the newly established settlement. Already in 2007 and 2008, when settlers first occupied the building, the community witnessed multiple attacks by the settlers as well as routine house searches and arbitrary detentions by the occupation forces. Following their eviction the settlers went on a major price tag campaign, torching Palestinian property and assaulting Palestinians.

A match in the powder keg

In view of the already tensed situation in Hebron GICJ along with many international observer organizations are extremely worried about the Supreme Court's ruling to approve settlers a new, illegal settlement inside Hebron, which is like dropping a new match in a powder keg, just waiting for the spark.

In particular the new settlement will

In several urgent appeals and an oral statement during the 25th regular session of the Human Rights Council, GICJ thus raised the issue and warned that political rulings such as the one on the al-Rajabi house will entail disastrous consequences for the Palestinian population in an area where the humanitarian implications of illegal settlements are already extremely severe.

History of the al-Rajabi house

The four-story structure was built by Palestinian families. It is located in the Israeli controlled part of Hebron (H2) on the main road linking Kiryat Arba to the Cave of the Patriarchs in Hebron, in a strategic position between the existing settlements of Kiryat Arba and Givat Ha’vot and the Ibrahimi Mosque. Possession of the building would help settlers to link these settlements with the four that already exist by the Old City. The building thus became part of settler an aggressive settler campaign, aimed at linking the settlement of Kirya Arba to the settlements in the heart of the city. 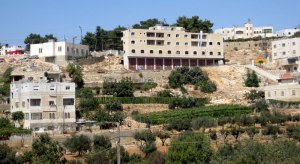 On 19 March 2007, before the construction was completed, settlers moved in, claiming that they purchased it from its owner, who in return went to the Israeli Police and filed a claim stating that he did not sell his home, and demanded the Police to remove the settlers, stating that the settlers had occupied his building by force. Despite all settlers stayed in the house between 19 March 2007 and 4 December 2008. During the time they violently harassed their Palestinian neighbors

On 17 November 2008 the Israeli High Court ruled that the ownership deed produced by the settlers was forged, and declared that the ownership of the building should only be decided after the case has gone through all levels of litigation in the Israeli Judicial system. It ordered the eviction of the settlers within three days' time and that the home must remain vacant, under the protection of the Police, until a final ruling is made.

On 4 December 2008, the Police evacuated the settlers by force. Following the removal, Israeli settlers in Hebron and throughout the West Bank carried out reprisal attacks on Palestinians and their property. An OCHA report describes that “They slashed the tyres of 22 Palestinian cars parked in the vicinity of the settlement as well as removed twenty gravestones from a nearby cemetery. Israeli settlers also attacked a nearby Palestinian house with rocks for two hours.”

Within days, settlers twice re-established the settlement outpost; the new structures were subsequently removed by Israeli security forces. In the aftermath of the eviction, violence continued in Hebron city. Groups of settlers threw stones at Palestinian houses and set fire to vehicles, agricultural fields, houses and the contents of one mosque. Settlers also attempted to force entry into Palestinian homes. In the hours following the eviction, Israeli settlers injured six Palestinians, including two with live ammunition.

The defense minister must sign permits allowing Jews to purchase property in the oPT. Such efforts, however, were halted after Palestinian returned the matter to the court. On September 2, 2013, the Israeli High Court, in its final hearing stated it would make a final decision in 1-6 months. During the court hearing, the Israeli judges allowed the Rajabi family’s lawyer to speak only rarely. “They did not listen to all my arguments”, he stated and was not very optimistic to win the case.

On March 11th, 2014, the Supreme Court ruled that the rights to Hebron’s Rajabi House will be given to the settlers.  The court also held that the transfer of ownership and permission to enter the property requires approval from the political echelon – specifically, the Minister of Defense.

Despite international warnings the approval was finally given on 13 April 2014 by the Minister of Defense, a statement from his office said. Immediately after the decision, in the early afternoon, three settler families accompanied by several IDF entered the building.

They were observed cleaning the house, bringing in pieces of furniture and fixing the windows. According to Israeli sources, the settlers are to hold a Passover Seder dinner on the site during the upcoming holiday and ten more families are to move into the building after the end of the Passover.

Warning issued by the UN 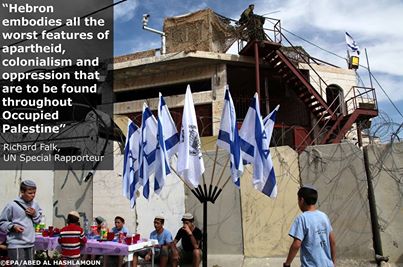 On Tuesday 15 April 2015 the United Nations Special Rapporteur on Palestine expressed his concern. In a  press release under the title "Israeli settlers must be stopped from taking over Al-Rajabi House" he stated that “Hebron embodies all the worst features of apartheid, colonialism and oppression that are to be found throughout Occupied Palestine,” as he described a divided town of checkpoints, walls, barbed wires and apartheid roads where settlers and Palestinians are kept apart despite living within metres of each other.

The Special Rapporteur noted that the residents of the largest nearby settlement, Kiryat Arba, were among the most extreme and ideologically motivated settlers in the West Bank. “There could be nothing worse to stoke renewed violence than the creation of a new settlement in the heart of old Hebron,” he stated and “Israel must take steps to comply with international law and ensure that tensions – already high in Hebron – do not get out of control.”

His words were sadly proven true, when on 14 April 2014, one day after the settlers had started moving into the house, one settler was shot at the entrance of Hebron and two others injured. Israeli military was raiding Hebron all night in response. The situation is on the edge of an escalation and if no immediate action is taken more violence is feared to follow.

Even if the Minister of Defense allows the registration of the purchase in the name of the settlers, he may still prevent them from entering the site for security reasons, political arguments or any other reasons. GICJ urged the UN to take immediate action and call on the Israeli government to halt the establishment of the new settlement in order to avoid further escalation.

GICJ also asked the UN to remind the Israeli government of their obligations under international law to ensure that the humanitarian needs of Palestinians living in Hebron are met and that they are able to exercise their human rights, including their right to freedom of movement and their right to be free from non-discrimination.

In this regard GICJ also insisted to press the Israeli authorities to lift the already heavy restrictions of movement to Palestinians in Hebron, end their systematic policy of apartheid and re-open other restricted areas such as the al-Shuhada street to Palestinians immediately.