On Friday 20 July 2018, in several cities in Iraq unified demonstrations were launched against the government and the spread of corruption, poor services and they were demanding for basic rights. Voices were calling for a radical change to the entire structure of the political system in Iraq, which is accused of corruption and waste of wealth. Demonstrations began in the cities of Basra, Wasit, Maysan, Diwaniyah, Samawah, Dhi Qar, Karbala and Baghdad. At the same time, we have noted a very high security alert by government authorities with threats and intimidation of many activists in militias, security forces and party leaders.

We would like to repeat what was stated in our previous statements; freedom of expression and association must be guaranteed by the Iraqi constitution and international laws, and any violation of this right under any pretext would put authorities under international accountability. They also accused demonstrators of siding with external factions; this is considered as an intimidation by the oppressors and the fear of serving external purposes fall under the scope of violations of the right to peaceful assembly, freedom of expression and the right to join gatherings and parties. 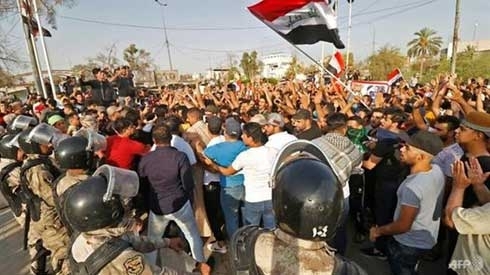 What the demonstrators have been subjected to, in the last two weeks of killing, torture and humiliation, will not pass without accountability and all those responsible should be brought to justice. Attempts to silence protesters or shut down social networks by cutting off the Internet will not prevent activists, who are part of Geneva International Centre for Justice and who are present at these demonstrations, from recording and documenting violations.

At the same time, we call on the authorities to release the activists detained by the security services and militias in cities, where the demonstrations were last week. There are about 400 injured and 600 detainees. We also call upon the Iraqi authorities to desist from the method of blackmailing the detained demonstrators who are signing written pledges not to participate in the demonstrations. The authorities do not have the right to deprive any citizen of exercising this inherent right.