On the 13th of February 1991, very early in the morning, the Amiriyah shelter in the Iraqi capital, Baghdad was bombed by the U.S. Air Forces. This bombing resulted in the death of more than 400 civilians, mostly women, children, and elderly people. The U.S. claimed that the shelter fit the profile of a military command-and-control center, and therefore a legitimate target. Soon after the bombing it became clear that the U.S. was well aware of the civil status of the shelter, and thus knew it was not a legitimate military target. This bombing amounts a serious violation of International Humanitarian Law (IHL), moreover, it amounts a war crime. However, the U.S. was never held accountable for this horrible crime. 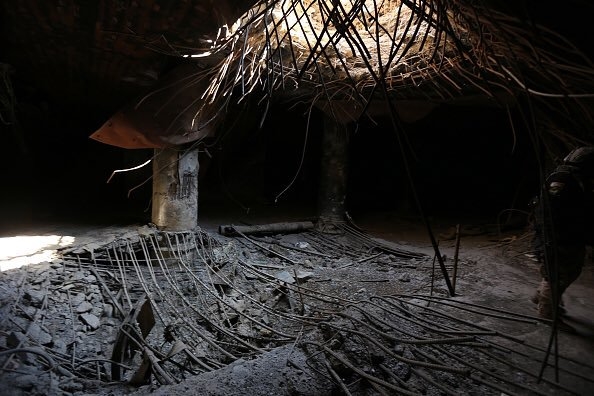 Protocol Additional I to the Geneva Convention (PA I) clarifies why the Amiriyah shelter bombing constitutes a war crime. One of the most basic rules in IHL formulated in art. 52 PA I, is the prohibition to attack civilian objects. The protocol (Art. 62, 3 PA I) clarifies that shelters provided for the civilian population are civilian objects and these are protected against military attacks. The protection of a shelter only ceases when the shelter is used to commit harmful acts towards the enemy. When this is the case, the enemy must give a warning. When the harmful acts, coming from the shelter, do not stop after the warning - only then - the shelter becomes a legitimate military target. Furthermore, IHL states that the civilian population has to be spared during military operations (art. 57 PA I). While planning an attack, precautions must be taken to make sure civilians or civilian objects are not the object of the attack. The means and methods used during an attack should also be in proportion towards the goal and should avoid damage to the civilian population. When the attack is expected to damage civilians and civilian objects, the anticipated direct military advantage has to be bigger than the expected civilian losses. Effective advance warning must be given of attacks which may affect the civilian population.

If we apply these articles to the Amiriyah shelter case, it becomes clear that the US did not abide to IHL. First of all, because the U.S. knew that during the Iran-Iraq war the Amiriryah facility was used as a civil shelter, there is almost no doubt the U.S. knew that the facility was a civil object and enjoyed protection. Further, GICJ’s contacts revealed that there were several signs to indicate the Amiriyah facility as a civil shelter. The location of the shelter was well known and even announced by the government. The U.S. argued not to have seen civilians entering the shelter, because they probably did so after dark which made it difficult to observe. Even so, it must have been possible to see a large number of civilians leaving the shelter in the morning, during daylight. GICJ’s relations pointed out that the Amiriyah neighborhood was openly inhabited with civilians and many children played around the shelter. There is no doubt that the U.S. had no knowledge of the civil status of the shelter. Knowing that the facility was used as a civil shelter, the U.S. did not take precautions to avoid civilian casualties, and no warnings were given. Meaning that the U.S. forces did not comply with any of the above described articles of IHL. 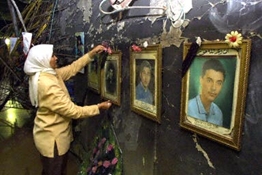 The U.S. was well aware of the civil status of the shelter, and that the neighborhood was inhabited with many civilians. Because of this, GICJ concludes that the U.S. forces intentionally killed more than 400 innocent Iraqi civilians when they fired the two ‘smart bombs’ on the Amiriyah shelter. Because of the heaviness of the bombings not many occupants of the shelter survived. Once the emergency workers managed to enter the shelter they found burned bodies. Countless bodies were smashed against the wall, illustrating the power of the bombs that were used to attack the civil shelter.

It is clear that the Amiriyah shelter bombing amounts a serious violation of humanitarian law, and should be considered a war crime. The U.S. is not held accountable for this war crime or for any other war crimes committed during the Gulf War. Also for more recent war crimes carried out by U.S. forces, a lack of accountability is noticeable. In 2003 the U.S. invaded Iraq in an extremely brutal way, leading to severe numbers of Iraqi casualties. Since the 2003 invasion the U.S. committed numerous war crimes on the territory of Iraq.  Until today, the U.S. has not been held accountable for the war crimes during the Gulf War or for any of the war crimes committed after the 2003 invasion.

GICJ urges the United Nations to bring justice to the people of Iraq by holding perpetrations of war crimes accountable. GICJ recommends to the OHCHR to exercise all necessary measures towards the establishment of an International Independent Commission. This independent commission should investigate all violations in Iraq since 1991. The UN should establish an international court tasked with the prosecution of international crimes against the Iraqi people during the last three decades.