UN Security Council Resolution No. 2379, concerning the accountability of ISIS on crimes committed in the territory of Iraq

On 27 and 28 September 2017, Geneva International Centre for Justice (GICJ) submitted urgent appeals to the Secretary-General and the High Commissioner for Human Rights, respectively, to express our concerns at the adoption of and reactions to Security Council Resolution No. 2379 of Thursday, 21st of September 2017, relating to the accountability of ISIS on crimes committed in the territory of Iraq. We conveyed our position regarding the resolution’s fundamental provisions, notably the limitation of the investigation to atrocities committed in Iraq by ISIS only and the designated inclusion of the Iraqi judiciary and authorities in the Investigative Team.

The content of the resolution recalls that the Islamic State constitutes a global threat to international peace and security, since its widespread attacks on civilians and its continuous violations of international humanitarian and human rights law are still ongoing.  The resolution also recognizes that the acts brought on by Da’esh amount to either war crimes, crimes against humanity or genocide, and a clear list of the involved acts is provided for. For this reason, it asks the international community to step forward and ensure that members of these terrorist groups are held accountable for their actions.

Furthermore, the resolution asks the Secretary-General to establish an Independent Investigative Team, headed by a Special Adviser, with the aim of supporting national efforts to hold Da’esh accountable. According to the resolution, this Team would work to collect all existing evidence of acts committed by terrorist groups in Iraq, which can then be used before a court of law. National courts and Iraqi authorities would collaborate with authorities coming from third countries to collect, preserve and store any existing evidence; this evidence could then be used in any court proceeding against ISIS militants around the world. The team would be working with the help of Iraqi judges and other criminal experts, to ensure full respect of Iraq’s sovereignty and jurisdiction over all crimes committed in its territory.

The resolution also asks for a fund to be set up, to receive voluntary contributions to be able to better implement the resolution at a national level. States, as well as regional and intergovernmental organizations, are invited to contribute any funds, equipment or services that might be necessary to the Team.

GICJ’s Stance on the Resolution

We commend that the resolution recalls that ISIS constitutes a global threat to international peace and security and that it recognizes that the acts taken by Da’esh amount to either war crimes, crimes against humanity or genocide. We also support the call upon the international community to ensure accountability of members of these terrorist groups for their crimes. However, while we confirm that Resolution No. 2379 represents an important step towards holding ISIS accountable for its crimes and to finally achieve justice by giving victims the possibility to be heard in court, we would like to emphasize that ISIS is not the only group whose atrocious activities must be investigated. 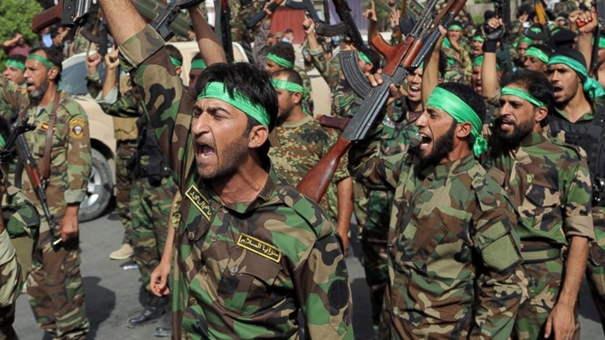 Numerous other groups have committed and continue to commit horrendous crimes against the civilian population in Iraq, notably the government-backed al-Hashd al-Shaabi militia and the Iraqi security forces. Such actors – allegedly “fighting terror” and combating ISIS – have conducted some of the most prolific violations of international human rights and humanitarian law of this century.

Indeed, the Iraqi government has employed the rise of ISIS to authorize sweeping state terror, executions, and repression, which are in flagrant violation of international humanitarian and human rights law. The disintegration of the entire Iraqi security sector in the course of the 2003 invasion and occupation of Iraq has left the country bleeding with lawlessness and sectarian violence. The pro-governmental militias backed by the U.S.-led coalition, notably al-Hashd al-Shaabi militia, and the Iraqi forces are committing horrendous crimes in their reckless and barbaric “war on terror”, which includes indiscriminate shelling in civilian-populated areas, excessive use of force, sweeping destruction, looting, enforced disappearances, torture and ill-treatment, arbitrary arrests and detention, and high extrajudicial execution rates. 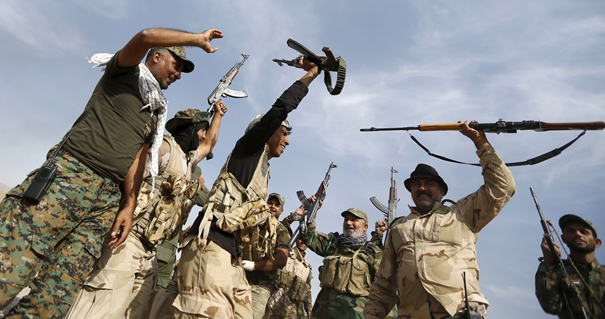 The committed atrocities exacerbate the suffering of the civilian population, which has to lead a life amidst unimaginable violence and in constant fear of losing their loved ones or of being prosecuted and killed for an act they have never committed, or for speaking out against their state’s crimes. The involved “anti-terror” groups represent a substantial threat to international peace and security, just as much as ISIS does.

The resolution moreover asks the Secretary-General to establish an Independent Investigative Team, headed by a Special Adviser, with the aim of supporting national efforts to hold Da’esh accountable. According to the resolution, the team would cooperate with the Iraqi judicial system and Iraqi judges to collect, preserve, and store the evidence to be used in court proceedings against ISIS militants.

In view of this, we reiterated the High Commissioner’s statement of 27 September that the Iraqi justice system is deeply flawed and lacks adherence to due process and fair trial standards. As the High Commissioner noted, Iraq’s judicial system perpetrates injustice, as was again revealed by the mass execution of 42 prisoners on 24 September at Al Hoot prison in the southern Iraqi city of Nasiriyah – which constitutes a grave violation of the country’s human rights obligations. The situation of Iraqi civilians continues to be devastating and is exacerbated by the Iraqi governments’ and its allies’ reckless and cruel “counter-terrorism” campaigns.

Indeed, there is mounting evidence professing to the corruption, opacity, and arbitrariness plaguing Iraq’s criminal justice system. Reportedly, the government extends its control over the judicial system through fear, threats, and bribes – which often leads to government officials or other government-backed actors being granted total impunity. This debilitated state of the justice system is rooted in the 2003 invasion and occupation of Iraq.

As Iraq was lying shattered due to the brutal sanctions regime steered by the US and UK, the 2003 military invasion by the US under the guise of the “weapons of mass destruction WMD, and war on terrorism” was launched. The occupation and invasion of the formerly proud and prosperous country brought nothing but destruction, death and despair upon the Iraqi civilian population. Many millions of Iraqi civilians have been killed since then, an immense number of Iraqis are still refugees or internally displaced. US courts should have started legal proceedings against the actual perpetrators of the 9/11 terrorist attacks, to bring the perpetrators of those events to justice. Instead, the strategy brought on by the Bush administration punished an innocent civilian population under fraudulent claims and created the conditions for sectarian strife and terrorist groups such as ISIS to flourish. 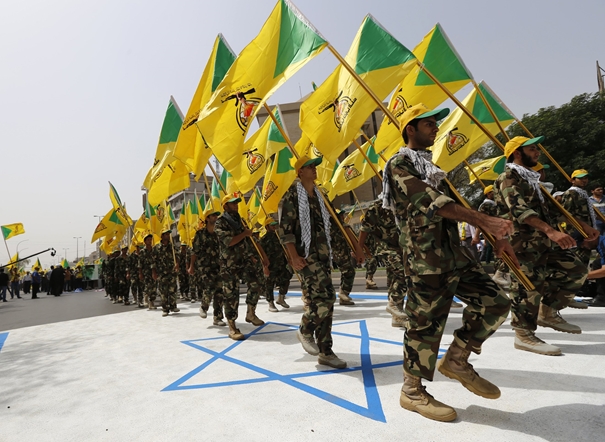 In the aftermath of these events, there had been requests to ensure that terrorism was considered as a universal crime, punishable under international law. A few years ago, Romania and Spain proposed the creation of an International Court Against Terrorism, a global legal body which could effectively combat and put a halt to terrorism. Romania is in fact one of the first countries to introduce the crime of terrorism in its criminal code. The idea behind such a tribunal was to prosecute acts of terrorism, and to give assistance to countries with weak legal systems. Moreover, the existence of such a court might be a deterrent for terrorist groups.

However, this Court was never created, due to various reasons. During the years, there have been several failed attempts, mostly due to disagreements amongst countries, especially on how to define terrorism and what kind of acts should be under the jurisdiction of the Court. The lack of a universally accepted definition of what terrorism is has also led to the failure to place terrorism under the jurisdiction of the International Criminal Court a few years ago.

Terrorist attacks have become a common everyday problem. Thus, an international legal body which can hold perpetrators accountable is direly needed. Therefore, the importance of a binding UN Security Council Resolution is strongly felt, such as the ones which established the ad hoc Tribunals for the former Yugoslavia and for Rwanda, to establish an international court against terrorism. Any binding document of the United Nations, or any international treaty, should insert a definition of terrorism that is broad enough to leave space for interpretation to such a Court. The Court should not only be independent from any external influences, but should also be able to judge acts of terrorism case by case, to impartially decide whether an act falls under the general crime of terrorism. This way, this Court would be able to try not only ISIS militants, but all terrorists in general, through cooperation with national courts of third countries and with the International Criminal Court.

GICJ’s Appeals to the Secretary-General, the High Commissioner, and the International Community 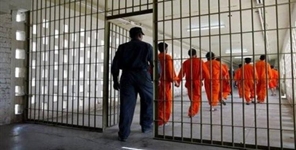 In its urgent appeal to the Secretary-General, GICJ urgently called for the Mandate of the Investigative Team to cover all the crimes committed in Iraq by ISIS and all other actors, especially the militia. The tribunal to be established should play the role of independent and impartial judge of crimes committed by terrorist groups, with a mandate to prosecute any terrorist acts. In its urgent appeal to the High Commissioner, GICJ called upon Mr. Zeid Ra'ad Al Hussein to employ his good offices with the Secretary-General to encourage the efforts to render the Mandate inclusive.

GICJ reckoned that, on the contrary of what is stated in Resolution No. 2379, it would be impossible for this independent tribunal to work in cooperation with national courts, and to complement investigations carried out by Iraqi authorities. While the High Commissioner has called on the Iraqi government to establish a special judicial oversight body to make recommendations on legal reforms allowing for due process and fair trial standards, GICJ noted that it is very unlikely that such a body would be able to strengthen or change Iraq’s judicial system in a timely manner, due to existing corruption in the entire system.

We therefore called for the High Commissioner’s support for the inclusivity of the Mandate of the Investigative Team, made up of independent judges, which can guarantee fair trials and put an end to impunity. We emphasized that the most pressing priority at the moment must be to adopt necessary measures as soon as possible to ensure the protection of civilians.

In the past, GICJ has repeatedly appealed to the United Nations, to ask that impunity be fought and to ensure that the crimes committed by all actors to the conflict, including the militia, are finally brought to an end. Therefore, since the organization has more than once asked for independent and impartial investigations to be brought on, an international court against terrorism appears to be the best solution. For this reason, GICJ urges the UN to take into account all of the evidence that has been brought to their attention over the years, to work at creating an international legal body which can ensure accountability for acts committed by ISIS and all other terrorist groups in Iraq.