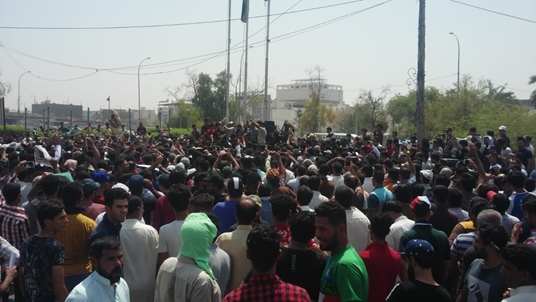 Geneva International Centre for Justice (GICJ) admonished the Iraqi authorities and their security forces for their violence on demonstrators protesting against the deteriorating living conditions in Iraq and the government’s failure to provide basic services.

GICJ, asserted that carrying out peaceful protests and demonstrations is a guaranteed right not only under the Iraqi constitution, but also under laws and international conventions that Iraq is party to. It stressed that the use of the armed forces to violently quell demonstrators would most definitely put Iraqi authorities under international scrutiny and accountability.

The Iraqi protests, which began almost a week ago, passed through Basra, Nasiriyah, Maysan and then Najaf. They were also moving overnight to many areas in Baghdad, where thousands of people joined the demonstrations out of outrage over the failure of the government in providing basic needs and services such as electricity, water, food security, jobs etc. The protesters stormed local government buildings and ruling party headquarters, as well as the Najaf International Airport. The demonstrators also chanted slogans against the ruling parties and their militias and opposed what they termed an ‘Iranian intervention into Iraq’. Iraqi citizens from the province of Basra wrote letters to Geneva International Centre for Justice, saying that "the local and the central governments are proving, day after day, their inability to meet any legitimate needs; and our most fundamental and basic demand is to improve services." These authorities are corrupt and commit abuses against their own people, whether by deprivation of rights, firing at demonstrators or increasing the frequency of arbitrary arrests and executions. 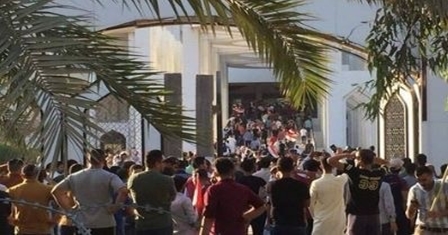 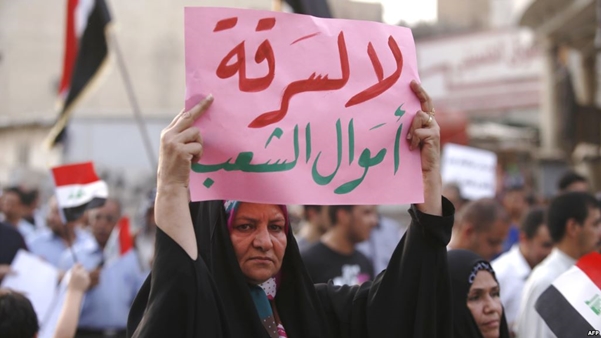 Instead of responding to their legitimate demands, the leaders of the ruling parties described the demonstrators as "criminals" and said that protesters have "relations with the Islamic State”. Sources of the authorities confirmed the full readiness of the security forces to take decisive actions against demonstrators. In an attempt to prevent social media from relaying news of the demonstrations, the Iraqi authorities closed the Internet and telephone networks today at dawn.

These demonstrations are the latest of a series of demonstrations in Iraq for several years, dating back to the US invasion and occupation in 2003, with demonstrators protesting against the situation in the country at all levels.
In all previous instances, the authorities used violence and repression through its security forces to put an end to the demonstrations, and also resorted to the intimidation of demonstrators with the employment of armed groups and militias. Several leaders of the demonstrations were assassinated, while others were arrested and threatened.

To this end, Geneva International Centre for Justice (GICJ) warns the Iraqi authorities of any action that would restrict freedom of assembly and association, and stresses that the use of violence or arms against demonstrators would place the authorities under international accountability. We at GICJ would like to remind these authorities that the right to assembly and freedom of expression and opinion are guaranteed under international conventions, including but not limited to the Universal Declaration of Human Rights and the International Covenant on Civil and Political Rights, to which Iraq is a committed party to and thus must fully respect without any reservations whatsoever.