On Thursday, the 2nd of November 2017, the UN issued a report concerning the Protection of Civilians in the context of the Ninewa Operations and the retaking of Mosul city, which took place between the 17th of October 2016 and the 10th of July 2017. 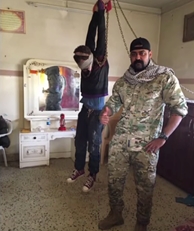 The report is the result of a joint effort made by the UN Assistance Mission for Iraq (UNAMI) and the UN High Commissioner for Human Rights. It states that the military operations conducted by the Islamic State and the Levant (ISIL), as well as by the Iraqi Security Forces (ISF) and affiliated armed groups, during the nine-month battle to “liberate” the city Mosul, comprised grave violations and human rights abuses, as well as violations of international humanitarian law, particularly against civilians. For instance, the report documents mass civilian abductions, indiscriminate targeting of civilians seeking safety and refuge, and intentional shelling of civilian residences.

Furthermore, the report calls on the international community, and especially the UN Security Council and the Human Rights Council, to take action to ensure that those responsible for international crimes against humanity and war crimes during the “Battle for Mosul” are held accountable.

Geneva International Centre for Justice (GICJ) agrees with the report, and condemns the sufferings inflicted on families, and the mass atrocities that the civilian population has had to endure. The violations and abuses committed by ISF and the Islamic State and the Levant (ISIL) have been investigated, but have yet to be punished adequately. GICJ presses that accountability for these international crimes should be the UN’s priority at the moment. GICJ is extremely concerned with the plight of the Iraqi civilian population caught up in the non-international armed conflict. 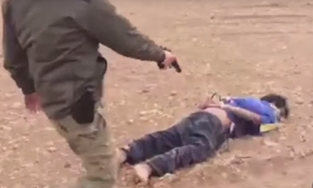 However, GICJ also noticed how the report fails to condemn the violations committed by the Popular Mobilization Forces (Al-Hashd Al-Shaabi) and the International Coalition, and questions this omission. GICJ is dismayed to ascertain that the report states that the Special Representative of the Secretary-General for Iraq, Mr. Jan Kubis, has indeed congratulated the Popular Mobilization Force (Al-Hashd Al-Shaabi) and the International Coalition for working together and liberating Mosul from ISIL. GICJ points out that the mass killings, the forced displacement of civilians and other grave violations have been committed by the International Coalition and the Popular Mobilization Forces as well. Nonetheless, no mention of the damage brought on by them was made in the report, nor of the negative impact they have had on civilian casualties.

GICJ recalls that the Iraqi forces and the coalition have carried out a series of unlawful acts during the operations to liberate Mosul, especially in west Mosul, where they relied on the use of unsuitable weapons, such as explosive weapons, that created disastrous results in densely populated areas. Even when the attacks reached their military targets, the operations seemed to have been conducted without the necessary precautions, and thus have resulted in needless losses of civilians. GICJ condemns harshly these disproportionate attacks, which have resulted in grave human rights violations and international crimes. Moreover, GICJ is concerned about the reports that state that collective punishments have been made by the Iraqi forces against Sunni civilians, whose relatives were suspected of being affiliated with ISIS.

GICJ calls on the international community to investigate and condemn not only on crimes perpetuated by ISIL and ISF, but also on the crimes committed by the Iraqi government and US-led coalition forces, since they failed to take effective precautions to protect civilians. It is important that they are adequately investigated and punished for their actions, which undoubtedly amount to international crimes against humanity and war crimes.

GICJ urges the OHCHR to establish independent investigation committees, and an International Court, to ensure that all perpetrators, not only ISF and ISIL, are held accountable, to finally bring justice to the people of Iraq.