On 16 August 2019, Geneva International Centre for Justice (GICJ) sent a letter to the UN High Commissioner for Human Rights with information about shocking human rights violations in Iraq: the liquidation of detainees and illegal disposal of nearly 300 bodies by a supposed non-governmental organization apparently in response to international political pressure on Iraq to reduce the presence and role of militias. 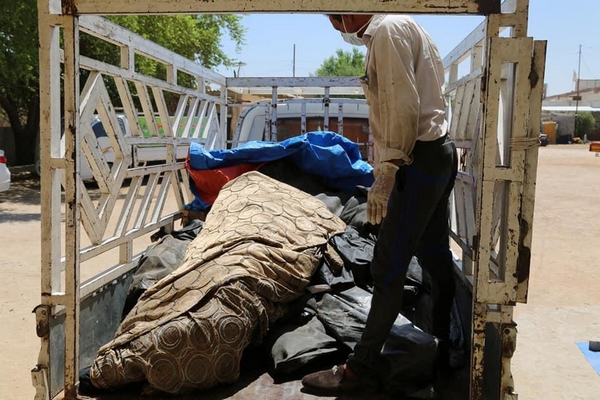 “GICJ recently received this information from well-informed Iraqi officials and local human rights activists,” explained Executive Director Naji Haraj, “which confirm that Iraqi authorities have begun to dispose of the bodies of hundreds of victims likely to have been forcibly disappeared for years in secret Iraqi militia detention camps. This is a serious violation of Iraq’s international legal obligations under international human rights law and international humanitarian law.” Therefore, GICJ is calling for urgent and immediate intervention by all relevant organs of the United Nations and the sending of an independent international commission of inquiry to investigate these violations.

In its letter, GICJ explained how since the US invasion in 2003, the corpses of disappeared people have been repeatedly found dumped in public places after the victims were detained for varying periods of time. GICJ has previously notified various human rights mechanisms and the ICC about the ongoing issue of enforced disappearance and the related crimes of arbitrary detention and extrajudicial killing carried out by arms of the Iraqi government – militias and security forces – against hundreds of people on purely sectarian grounds. Since 2006, these acts have mostly targeted Sunni Arabs in areas across the country including the capital Baghdad and the region around Jurf al-Sakhar, which was forcibly evacuated in 2014 when the Badr militia, Hezbollah and Asaib Ahl al-Haq arrested hundreds of Sunnis.

The latest evidence obtained by GICJ, and described in the letter, shows that the group now burying the bodies is not simply a non-governmental organization but actually the Iraqi Hezbollah militia – the same group accused of keeping more than 7000 Iraqis in secret prisons in its main bases in Jurf al-Sakhar. This is a very serious violation that can be characterized as a war crime and crime against humanity in accordance with international criminal law.

“This process of disposing of bodies is part of a recurring effort by successive authorities in Iraq to obscure and distort facts,” Mr. Haraj noted in the letter, “depriving the families of victims of enforced disappearance of the truth about their loved ones and their legal right to seek fair punishment from the perpetrators of these crimes.” He explained that it is not the responsibility of non-governmental organizations to carry out the burial of bodies. Rather, this serious responsibility should be assumed by the official organs of the State in accordance with its constitutional competences and legal obligations. “It should be carried out with transparent and documented procedures leading to the knowledge of the victims and their killers in order to achieve justice,” he said. “Families of victims are legally entitled to seek justice and reparation for their loss, although the loss of loved ones cannot fully be compensated.”

Finally, GICJ called on the United Nations to: