The Special Rapporteur Condemns Collective Punishment of the Palestinian People 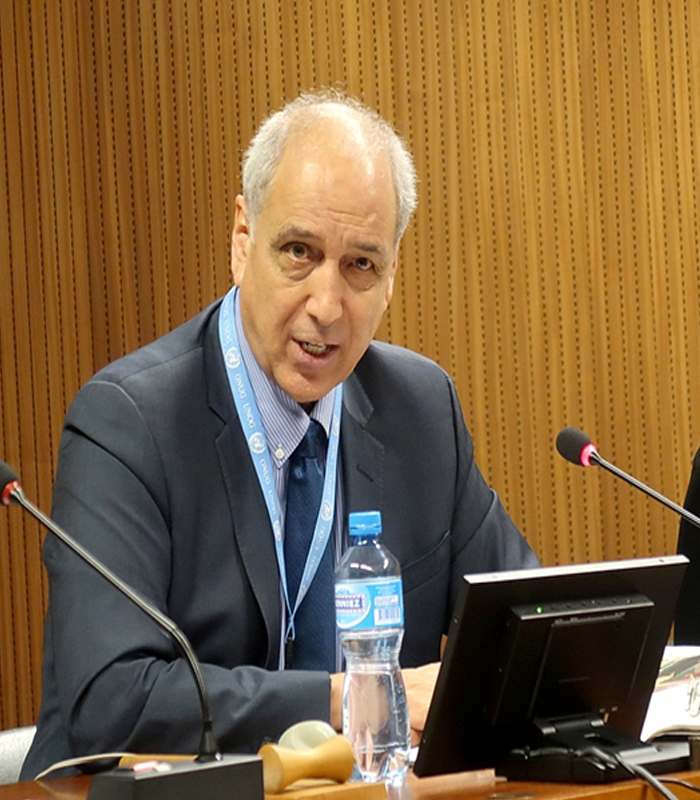 Mr. Michael Lynk, speaking at a side event organised by GICJ at the UNHRC/2019/GICJ photo

On 16 July 2020, at the 44th session of the Human Rights Council, Mr. S. Michael Lynk(Canada), the Special Rapporteur on the human rights situation in the Palestinian territories occupied since 1967 presented his report (UN Doc. A/HRC/44/60). The Special Rapporteur’s report had a focus on Israel’s use of collective punishment against the Palestinians in the occupied territories. At the interactive dialogue, he called on Israel to immediately cease all methods of collective punishment stating:

“It is an affront to justice and the rule of law to see that such methods continue to be used in the 21stcentury and that Palestinians collectively continue to be punished for the actions of a few,”

“These practices entail serious violations against Palestinians including the right to life, freedom of movement, health, adequate shelter and adequate standard of living.”

The Special Rapporteur asserts that Israel’s strategy to control the Palestinian population violates a foundational rule of all modern legal systems i.e. innocent persons must not be punished. He further drew attention to the situation in Gaza, stating:

“The extent of the devastating impact of Israel’s collective punishment policy can be most strikingly seen in its ongoing 13-year-old closure of Gaza, which now suffers from a completely collapsed economy, devastated infrastructure and a barely functioning social service system,”

“While Israel’s justification for imposing the closure on Gaza was to contain Hamas and ensure Israel’s security, the actual impact of the closure has been the destruction of Gaza’s economy, causing immeasurable suffering to its two million inhabitants,”

“Collective punishment has been clearly forbidden under international humanitarian law through Article 33 of the Fourth Geneva Convention. No exceptions are permitted.”

The Special Rapporteur criticised Israel’s continued policy of punitively demolishing Palestinian homes, highlighting that more than 2,000 Palestinian homes had been destroyed since 1967 to punish entire Palestinian families for acts of some family members. He states that this was in clear violation of article 53 of the Fourth Geneva Convention. He further asserted that the demolitions were counterproductive as they further contribute to an atmosphere of hate and vengeance.

The Position of Geneva International Centre for Justice (GICJ)

GICJ welcomes the Special Rapporteur’s focus on collective punishment by Israel in the occupied Palestinian territories and its prohibition under international law.

There is one aspect of the report which we wish the Special Rapporteur to further reassess in future, which states that the Rome Statute of the International Criminal Court does not appear to define collective punishment as a “war crime”. We urge the Special Rapporteur to consider whether collective punishment is a “war crime” under Article 8(2)(b)(xxi) which provides for outrages committed upon personal dignity, in particular humiliating and degrading treatment. All innocent Palestinians punished without any wrong doing on their part, is a clear assault on their personal dignity. It is humiliating as well as degrading.

GICJ further considers the continuation of the occupation and collective punishment as genocide, aimed at destroying Palestinians’ identity, way of life, and cultural heritage, which are intimately connected to their stolen land.

In his report, the Special Rapporteur also refers to the database on business enterprises operating in the occupied Palestinian territories (UN Doc. A/HRC/43/71). We are concerned with Israel’s attempt to falsely portray the database as biased. The following facts go to the heart of the database:

In this regard, GICJ calls on the Special Rapporteur to continue to encourage the Human Rights Council to stand firmly in support of the database.

Israeli Settlements and Violence in the Occupied Palestinian Territories and Israel

Palestinian Refugees in Diaspora and their Right of Return, Where to?