Tal-Afar is a city situated towards the west of Mosul in the Ninawa Province of Iraq that has seen a significant population drop since ISIS took control of the city in 2014 that led to the displacement of approximately 50,000 civilians. The hostile presence and horrifying atrocities of ISIS is to account for the thousands of civilians who have left as well as many thousands who remain trapped in Tal-Afar.

On the 20th of August 2017, only a couple weeks after the destructive offensive to ‘liberate’ Mosul, armed forces that consists of the Iraqi army, counterterrorism troops, and the Shia-militia, along with the support of the United State-led coalition, have already commenced air raids, missile strikes, and ground invasions on the city.

This new offensive has led to many innocent civilians making attempts to flee the city as they are aware of the destructive capabilities that will soon follow. However, there have been no preparations by the Iraqi government on securing and dealing with the many people who are fleeing the city. Furthermore, no adequate camps or places of refuge have been set-up. 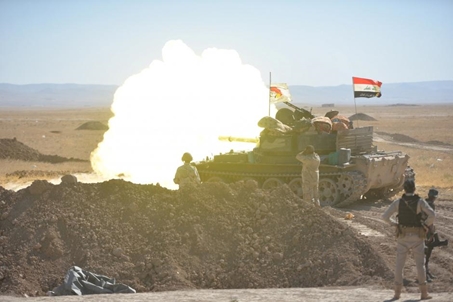 Civilians of Tal-Afar, non-governmental organisations, and many others are extremely concerned about the participation of the pro-government militia, which was officially announced, in this operation. The militia already have a presence in the area with a horrific history of grave violations and atrocities committed on civilians as previously seen in the “liberation” campaigns such as that of Mosul, Jurf Al Sakhar, Amrly and Fallujah. Such fears are thus legitimized as their participation will no doubt lead to further serious violations of human rights and crimes against humanity.

There are additional amounting fears that the citizens in Tel-Afar, who remained under the control of ISIS in the past two years will be regarded as affiliates with ISIS thus making it more difficult and limiting their chance to flee to safety. On the 9th of August, Masud Barzani, President of the Iraqi Kurdistan region accused civilians in Tal Afar, particularly singling out Sunni Turkmen, of cooperating with ISIS and has said that the “operation should be exclusively carried out by the government forces”. Such accusations will only add more concern on the conducts of the Kurdish para-military units during the battle as they also have a record of human rights abuses and grave violations to the Geneva Convention, international human rights law and international humanitarian law.

ISIS control since 2014 has already put many innocent civilians in peril. This recent attack and any others to follow will be extremely detrimental to the well-being of the people in Tal-Afar as indiscriminate attacks in the form of air-strikes and raids, missiles and bombings kill the innocent and destroy their homes and the infrastructure of the city. Additionally, there is already a lack of essential needs such as food and water.

The Humanitarian Coordinator for Iraq, Lise Grande, stated that “food and water are running out, and people lack the basic necessities to survive. However, in addition to these consequences there will be even more dire results considering other external factors that have not yet been taken into account.

In this regard, Geneva International Centre for Justice (GICJ) is extremely disturbed that another military campaign by the Iraqi government and the US-led coalition is being launched in Tal-Afar and is deeply concerned, for the safety and well-being of the civilians of Tal-Afar, especially considering the recent actions taken in tandem with the US-led Coalition in Mosul. Routes to safety must themselves be secured and medical assistance for the most vulnerable should be provided. GICJ also recommends that special attention must be paid to the humanitarian situation in Tal-Afar as many civilians are trapped within the city with no basic essentials and under constant threat from the warring parties.