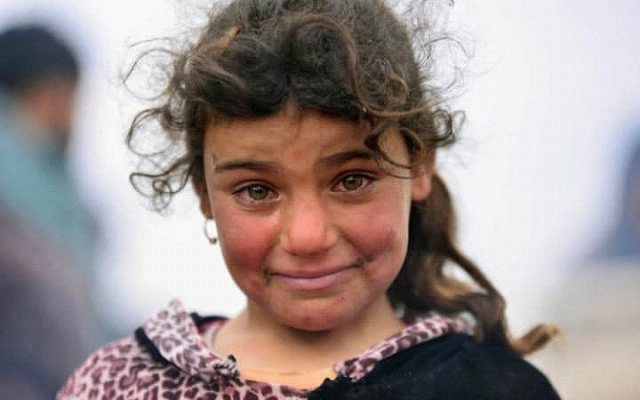 Since October 2016, US and Iraqi forces have been attempting to regain control of Mosul. In 2017, as the battle to retake the city from ISIS continues, GICJ remains gravely concerned by the shelling of residential areas in west Mosul - that are causing not only deaths, but mass devastation - contrary to international humanitarian law - which demands adequate precautions are taken to prevent civilian fatalities.

On 27 and 28 March 2017, GICJ sent two urgent appeals to both Mr Zeid Ra’ad Al Hussein, United Nations High Commissioner for Human Rights, and Mr Joaquín Alexander Maza Martelli, President of the United Nations Human Rights Council. These appeals expressed deep distress regarding the situation faced by civilians trapped in west Mosul, and furthermore requested a clearer and stronger intervention by the United Nations on this matter. In particular, GICJ recommended that the High Commissioner conduct an urgent visit to Iraq with a group of experts to establish the facts on the ground and to report to the Human Rights Council. GICJ also requested the Human Rights Council  convene a Special Session regarding the dire human rights situation in Iraq.

To date, the US-led international anti-ISIL coalition have conducted hundreds of deadly airstrikes. In its letters, GICJ described the coalitions most recent and horrifying attack, on the Mosul al-Jadida district, on 17th March 2017. This attack has been confirmed by the US military officials, who have stated it was at the request of the Iraqi government. While the coalition is still “investigating” the attack, Mosul municipality chief, Abdul Sattar al-Habbo, who is supervising the rescue of civilians, has stated that 240 bodies have been pulled from the rubble of collapsed buildings.

These airstrikes on west Mosul, where an estimated 750,000 civilians are still trapped, are in clear contravention of international law, where all parties to the conflict, including the coalition, must abide by the principles of humanitarian distinction, proportionality and precaution in carrying out military operations - and all feasible precautions must be taken to absolutely minimise the impact of conflict on civilians.

Even more disgraceful, is that the devastation caused by the airstrikes on the 17th March 2017 were not an isolated “incident”, but as largely reported by GICJ, airstrikes like this have now become a daily occurrence in west Mosul. Indeed, GICJ receives a number of reports each, and every, day - which give us first hand information about the situation on the ground. These reports shed light on the suffering caused by ISIS, and by the Iraqi government and their affiliated militias. As a result of reports GICJ have recently received, our organisation can now safely say that in west Mosul today, nowhere is safe for civilians - with some independent monitoring groups claiming there have been over a thousand civilians deaths just this month. 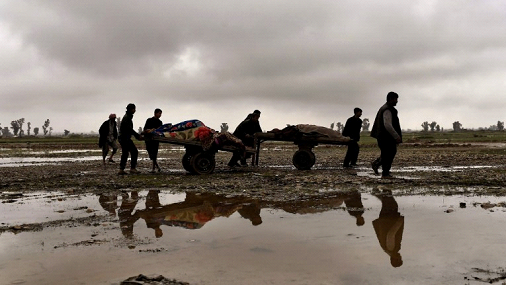 Residents of west Mosul, Iraq, remove the bodies of civilians who were killed in the coalition airstrikes of 17 March 2017

Moreover, as the fighting in Mosul continues to intensify, the civilian casualties are continuing to increase, meaning that it is now high time that the international community takes action. Furthermore, in addition to the devastating results caused by the airstrikes of the coalition forces, GICJ continues to receive reports of grave violations by the al-Hashd al-Shaabi militia. Moreover, our organisation’s sources have stated that thousands of civilians remain arbitrarily detained by this militia group following their capture as they attempted to flee the fighting in Mosul. This situation requires urgent attention.

In its letters, GICJ reiterated that the approach to countering terrorism in Iraq must abide always, and unreservedly, to international law and human rights law and therefore that the indiscriminate airstrikes conducted by the Iraqi government and its allies cannot, and must not, be permitted to continue.

In this regard, GICJ urgently calls on the United Nations, especially, the UN High Commissioner for Human Rights, and the President of the UN Human Rights Council, to exert a much stronger role in condemning the devastation caused by the airstrikes conducted by the Iraqi government and its international coalition. In doing so, the UN would finally demonstrate its commitment to its very mandate, principles, and values. 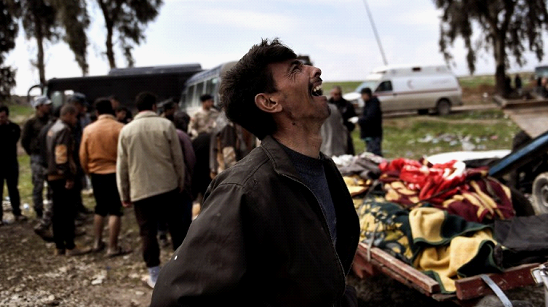 A man mourns near the bodies of the civilians killed in the deadly airstrikes
on west Mosul, 17 March 2017

Since the letters were sent, GICJ received new information on the afternoon of the 28th March 2017 from its sources on the ground - which confirmed that the attacks on west Mosul had continued. These sources affirmed that further destruction and deaths were resulting from the heavy artillery and missiles used by the Iraqi Federal Police, especially in the district of Old Mosul, and al Mohmodiyon, al Khzraj and Bab al Bydh.

We should also consider that bodies of the victims still remain under the rubble of buildings destroyed by the airstrikes in the Mosul al-Jadida district - with the Mayor of Mosul, Basra Basim, estimating the real number of casualties to be over 500.

This new information demonstrates how urgent it is for the United Nations to address the situation in Iraq, with the hopes and lives of many civilians depending on it.

New War Crimes by the Iraqi Security Forces and Militias: When fighting ISIS becomes the pretext for murdering civilians