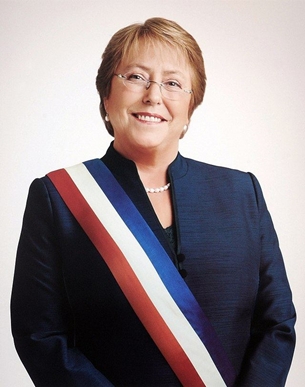 Today, Geneva International Centre for Justice (GICJ) sent a letter to Mme. Michelle Bachelet, UN High Commissioner for Human Rights, congratulating her on her recent appointment to the position of High Commissioner and identifying Iraq as a pressing human rights situation in need of attention.

In spite of being host to massive, grave and systematic human rights violations, Iraq has been forgotten in the fifteen years since its invasion. Innumerable human rights abuses occur daily, spread across the entire country. The abuses include torture, enforced disappearances, arbitrary detention, media intimidation, suppression of peaceful demonstrations, wholesale destruction of critical infrastructure, lack of food and safe water supplies, and an absence of basic services across most of the country.

Iraq produces millions of barrels of oil every day, and yet the government does not have the resources to prevent civilian deaths from starvation, disease and uncontrolled violence. Moreover, many of the grave human rights abuses are systematically perpetrated by the government itself and its so-called security forces and affiliated militias. The government is rife with corruption, and the justice system lacks transparency. Without proper rule of law or respect for due process, many to face arbitrary detention and criminal charges without a fair trial and with a high likelihood of conviction. Since Iraq is one of the top countries in applying the death penalty, conviction all too often brings with it execution by the government.

GICJ monitors developments in Iraq and frequently raises the issue of human rights in Iraq at the Human Rights Council where it receives scant attention. In addition, GICJ regularly provides alerts regarding human rights violations in Iraq and has sponsored events to educate interested parties about recent developments. Once again, GICJ calls on the international community to play its part, in cooperation with High Commissioner Bachelet, in pressuring the Iraqi authorities to respect human rights and Iraq's international commitments.

Mme. Michelle Bachelet was recently appointed UN High Commissioner of Human Rights by UN Secretary-General António Guterres and officially took up the position on 1 September 2018. Previously, Mme. Bachelet served as Chile’s first female president, having been twice elected to that post. Between her presidential terms, she served as the first Director of UN Women focusing on economic empowerment and ending violence against women. Mme. Bachelet has a medical degree and has recently focused time on maternal, newborn and child health issues. As High Commissioner, her role will be to advise the Secretary-General on human rights policies, coordinate human rights activities throughout the UN system, and provide administrative support to UN human rights bodies.

Based on this unique function, the High Commissioner and her predecessors have raised pressing human rights issues in various countries such as Myanmar, Yemen, Libya and Venezuela. Since Iraq is usually absent from the list of countries reviewed by the UN human rights bodies, Geneva International Centre for Justice (GICJ) wants to focus the new High Commissioner’s attention on this grave human rights situation.