International Day of the Victims of Enforced Disappearances, 30 August, calls for a unified condemnation of enforced disappearances and the remembrance of its victims. It is not a superficial memory but a true realisation of the desperate need for a global effort towards combating impunity, demanding justice for the disappeared, their families, and communities. For it must be recognised, as it is under the International Convention for the Protection of All Persons from Enforced Disappearances (ICED), that the “victim” of an enforced disappearance includes, not only the disappeared person, but any individual who has suffered harm as a direct result: whether a family member, a friend, a community, or an entire nation.

What recourse is available to victims? To whom do they turn to for justice? The answer seems paradoxical when the very nature of enforced disappearances requires that the disappearance be executed by a State agent or with the consent of the State. The movement of the Madres de Plaza de Mayo since 1977, in pursuit of justice for the disappeared children of Argentina, is a testament to the difficulty of such a feat.

Strategies for justice must, therefore, go beyond petitions to the State. Victims must capitalise on mobilising the international community through appeals to the United Nations, particularly the High Commissioner for Human Rights, Human Rights Council, Working Group on Enforced or Involuntary Disappearances, and Committee on Enforced Disappearances.

The Inalienable Right to Know the Truth

To be effective in engaging the United Nations and its mechanisms, it is imperative for victims to have strong foundations for their appeal. It is crucial to have a clear understanding of various United Nations instruments which address enforced disappearances as a human rights violation and demand accountability.

ICED takes a very clear position on the right to the truth. It imposes a positive obligation on States to take all appropriate measures to search for, locate and release disappeared persons and, in the event of death, to locate, respect and return their remains. It further provides that victims have the right to know the truth regarding the circumstances of the enforced disappearance, the progress and results of the investigation and the fate of the disappeared person. As earlier mentioned, ICED adopts an expansive definition of “victim” to include not only the disappeared person but any individual who has suffered harm as the direct result of an enforced disappearance.

The High Commissioner for Human Rights 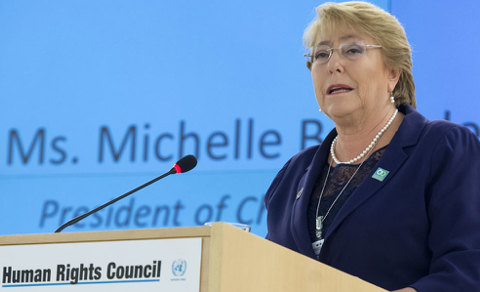 The High Commissioner for Human Rights is perhaps the most influential individual capable of rallying the United Nations, particularly the Human Rights Council, to respond to grave and systematic human rights violations in a State. She is the chief human rights officer of the United Nations and her voice has the power to draw attention to violations committed by States. The current High Commissioner is Michelle Bachelet.

In all pursuits of justice for grave violations of international human rights law, including systematic and widespread violations of ICED, the Office of the High Commissioner for Human Rights must be kept apprised. Advocacy for justice by victims should be loud and firm and resonate at a pitch which the High Commissioner cannot miss or ignore. Once she recognises the situation as a human rights crisis requiring international intervention, she may proceed to refer the matter to the Human Rights Council in her regular updates at the various sessions and call for their urgent attention and action to address the human rights situation and violations. 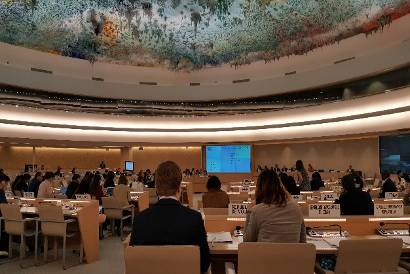 The United Nations Human Rights Council is comprised of 47 States and is specifically responsible for the promotion and protection of all human rights around the world. It holds three regular sessions throughout the year and considers a wide range of thematic human rights issues and situations that requires its attention. In urgent situations, a special session may be called.

Victims of enforced disappearances or their representatives may appeal to the Human Rights Council at the various sessions by organising side-events and by participating in interactive dialogues and general debates. It is important to draw the Human Rights Council’s attention to situations of systematic and widespread enforced disappearances so that they may mobilise and devise an appropriate course of action, including the adoption of a resolution establishing a situation specific accountability mechanism.

The Working Group on Enforced and Involuntary Disappearances

The Working Group on Enforced and Involuntary Disappearances is a group of five experts from Member States of the Human Rights Council, serving in their individual capacity. Its last mandate extension was in October 2017 for three years (i.e. until October 2020) via Human Rights Council resolution A/HRC/RES/36/6. Among other things, the Working Group assists families in determining the fate or whereabouts of the disappeared. It also receives, examines, and transmits to governments, reports of enforced disappearances submitted by persons or organisations acting on behalf of the disappeared. It may further request that the government carry out investigations and inform of the results.

The Working Group is available to the families or representatives of disappeared persons and can facilitate communication with governments. In their reports to the Human Right Council, the Working Group can also flag cases of systematic and widespread enforced disappearances which require the Council’s attention.

The Committee on Enforced Disappearances 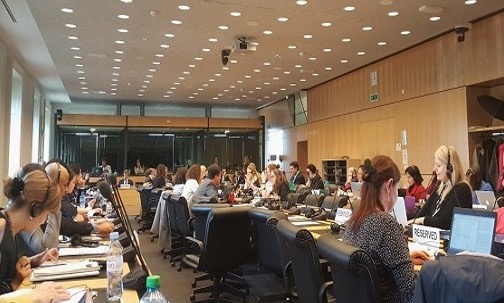 The Committee on Enforced Disappearances was established under ICED. The Committee operates alongside and in collaboration with the Working Group. It is a body of independent experts and its primary role is to monitor the implementation of ICED by State Parties. For State Parties that have recognised the communication procedure under Article 31 of ICED, the Committee may receive, examine, and transmit individual communications alleging violations of ICED. A similar provision exists under Article 32 for inter-State complaints.

The Committee is an effective mechanism for the families or representatives of disappeared persons to put pressure and draw international scrutiny on States which violate ICED. However, the violating State must be a party to ICED and must have previously recognised the competence of the Committee to receive the relevant communication. Through its monitoring role, the Committee is also an effective mechanism for identifying State Parties that are in gross violation of ICED.

In combating impunity over enforced disappearances, it is the State that must be held to account as it is the State that is entwined in the commission of the violation. The pursuit of accountability requires pragmatism and strategy because it is bound to face barriers and opposition from State perpetrators. While persistence and determination is key to achieving justice (without a doubt), relying solely on the hope that States will one day (some day) give a measure of accountability places the disappeared further and further beyond reach and could very likely result in justice too late, if justice at all. Representatives of victims must recognise the need to mobilise the international community and draw international scrutiny and pressure on violating States to account for enforced disappearances.

Geneva International Centre for Justice (GICJ) calls on the international community to recognise the pursuit of justice for disappeared persons globally, to condemn enforced disappearances, and to hold violating States to account. We further emphasise the importance of the rule of law and the criminal justice system in addressing enforced disappearances. States must implement reforms which guarantee effective criminal investigations and prosecutions, the integrity of its police force, and the independence of prosecutors and the judiciary. Through strong, competent, and independent institutions, States are better equipped to combat impunity and ensure accountability for enforced disappearances.