“Part of our shared human experience is an innate desire to attach personal meaning to physical objects: it is something we do from the moment we are born” - UNOCT Memories Campaign. 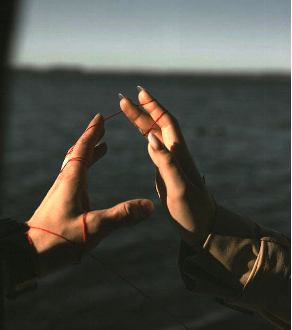 The fifth commemoration of the International Day of Remembrance and Tribute to the Victims of Terrorism takes place on 21st August 2022. The theme is “Surviving Terrorism: The Power of Memories” which powerfully evokes our common humanity and universal solidarity with those who have suffered irreparable loss due to heinous terrorist activity. Remembrance plays a central role in demonstrating respect and recognition of victims. Hence, this international day commemorates the dignity of victims, whilst also ensuring they are not forgotten.

An online high-level event will be held on UN WebTV with the participation of the Secretary-General Mr. Antonio Guterres, the Co-Chairs of the Group of Friends of Victims of Terrorism (the Republic of Iraq and the Kingdom of Spain), victims of atrocities, and the Under-Secretary General for Counterterrorism [1].

The event also marks the launch of the UN Office on Counter-Terrorism’s campaign “Memories” which tells the stories of terrorism from across the globe who share memories, emotions and meaning they attach to personal objects [2]. Finally, the event will preview the inception of the Global Congress of Victims of Terrorism which will be held for the first time in New York in September 2022 [3].

This international day provides an opportunity for victims to share their stories and urge the international community to strengthen protection of their rights and address their needs, even during difficult economic periods.

Originating in a 2017 General Assembly resolution, the International Day of Remembrance of and Tribute to the Victims of Terrorism has evolved quickly into a launch pad for related initiative. Creating a specific annual event was part of the Global Counter-Terrorism Strategy, and subsequent commemorations have led to further action being taken by the General Assembly. This includes issuing complementary calls for enhanced support for Member States to assist victims of terrorism [4].

In positive news, the latest review of the Global Counter-Terrorism Strategy identified developments at the international, regional, and national levels have increasingly demonstrated that support to victims has moved beyond symbolic solidarity and towards a more robust engagement to advance their rights and needs. Member States are now being encouraged to develop national comprehensive assistance plans for victims of terrorism and their families to address the immediate, short, and long-term needs of victims of terrorism. These developments have culminated in a new forum for discussing the needs of victims. The Global Congress on Victims of Terrorism is planned to be an annual event which will supplement the objectives of the International Day in promoting the voices and the rights of victims of terrorism.

Focusing on victims is essential due to their influential role in countering narratives that glorify terrorist activity.  Hearing the voices of victims centres our understanding of the impact on their lives and their enjoyment of rights, promotes international solidarity, and helps erode the pillars that support violent extremism [5]. Survivors are powerful advocates calling for increased physical and psychological support, particularly for women and girls, in the aftermath of an attack [6].

The UNOCT describes memories as the red thread (fil rouge) that binds us together in our shared humanity. Memories are the location of suffering that remains after the physical effects of the violence have subsided; indeed, memories are sometimes all we have left of loved ones lost to terrorist atrocities.

The theme calls on us to listen to victims and understand the emotions as well as the meaning they attach to physical objects that represent their memory. We are also asked to recognise that memories are central to the experience of victims of terrorism [7].

Around the world, we see the power of memories means they can be manipulated and politicised [8]. Authentic memories are a powerful tool, and their role in the lives of victims of terrorism should be protected [9]. Ultimately, victims’ stories aim to raise the collective consciousness and create awareness about the importance of preventing terrorist attacks and the subsequent emergence of new victims.

Geneva International Centre for Justice (GICJ) pays tribute to all the victims of terrorist attacks and shares condolences with the families who have suffered through injury or loss of their loved ones. Terrorist atrocities have no justification and violate human rights and international law by inflicting death, suffering, and damage. GICJ calls upon all states to take adequate measures to counter terrorism and protect the memories of victims from undue attack in recognition of the role memories play in victims' lives.