Today Iraqis remember the victims of the tragic Al-Amiriyah Shelter bombing. In the early morning of 13 February 1991, United States air forces targeted the Amiriyah shelter in Baghdad with two bunker-busting smart bombs. Although the U.S. claimed the shelter was a military command-and-control centre, it was in fact a civilian bomb shelter. No military personnel were present when the bombing occurred. Instead, the bombs instantly killed more than 400 civilians, mostly women, children, and elderly people while they slept.

Soon after the bombing it became clear to all that Al-Amiriyah was not being used by the Iraqi military and had been a civilian shelter for some time. At best, the targeting of this shelter was a colossal intelligence failure by the U.S., which initially tried to defend choosing the shelter as a military target. Otherwise, the deliberate targeting of a civilian shelter would constitute a grave breach of International Humanitarian Law (IHL) and a war crime. However, the situation was never fully investigated, the U.S. was never held accountable and the victims are still waiting for justice for this specific, as well as other crimes, committed by the United States. 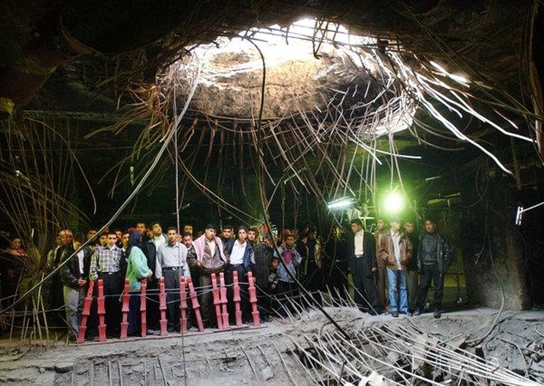 The U.S. is a party to the fourth Geneva Convention of 1949 which lays out the basic obligations of all countries to protect civilian populations against the worst consequences of armed conflict. The first Additional Protocol to the Geneva Conventions (Protocol I) elaborates on the basic obligations and clarifies why the Al-Amiriyah shelter bombing likely constitutes a violation of IHL. One of the most basic rules in IHL, articulated in Article 52 of the Protocol, is the protection of civilian objects from attack during armed conflict. Article 62 specifies that the term “civilian object” includes shelters provided for protection of the civilian population. The protection of a civilian object only ceases when the shelter is used to commit harmful acts towards the enemy. In any event, according to Article 57, an attacker must do everything feasible to ensure that the target is not civilian, and, in case there is doubt about the current use of a former civilian object, the target must be assumed to NOT have a military function. Regardless of the target, an attacker must to everything feasible to avoid or minimize harm to civilians and civilian objects. This includes giving advance warning for civilians to evacuate, if circumstances permit, and using attack methods that are proportional to the anticipated military advantage of the target.

Several aspects of Protocol 1 are now considered customary international law, and therefore applicable to all states, even those, like the U.S., who have not ratified the Protocol. Most critical is the requirement to always distinguish between civilian objects and military objectives and to never direct attacks against civilian objects. Also, all parties to a conflict must take precautions against harm to civilians in attacks, and attacks must be proportional to the anticipated military benefit of the target.

If we apply these rules and principles to the Amiriyah shelter case, it is likely that the US did not satisfy its IHL obligations. First, the U.S. knew that during the Iran-Iraq war the Amiriryah facility was used as a civilian shelter. GICJ’s contacts revealed that there were several signs to indicate the Amiriyah facility as a civil shelter. Also, the location of the shelter was well known and even announced by the government, and large numbers of civilians entered and left the facility seeking shelter on a regular basis. All of this cast doubt on the shelter’s status as a military target thus requiring the U.S. to take particular care in distinguishing it as a truly military objective.

Second, GICJ’s contacts have pointed out that the Al-Amiriyah shelter was located in a civilian neighborhood and that many children played around the shelter. The fact that an attack against the facility was likely to injure civilians, the U.S. had an obligation to take precautions to protect the civilians against harm and ensure the attack was proportional to its anticipated benefit. However, the use of two bunker-busting bombs in a civilian neighbourhood against what the U.S. thought was a lesser-used secondary communications centre seems disproportionate and without proper precaution for the protection of civilians. In fact, because of the massive explosive power of the bombs, emergency workers found countless bodies smashed against walls and incinerated beyond recognition. 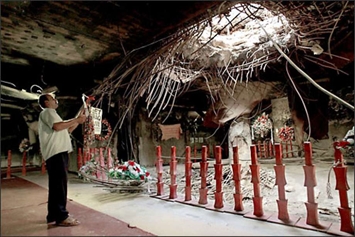 Based on this, GICJ concludes that the U.S. forces were, at best, careless in their actions resulting in the death of more than 400 innocent Iraqi civilians. At worst, the U.S. blatantly violated its international humanitarian law obligations and committed a war crime by deliberately targeting a known, or even suspected, civilian shelter. Either way, a credible investigation should have been done. Instead, the U.S. was not held to account for its actions, a situation that continued to hold true during its subsequent invasion and occupation of Iraq in 2003 and continues through today. No country, especially the U.S., which purports to be a nation of laws, should be above the law. As a self-identified protector of democracy and human rights, the U.S. should want to safeguard its credibility by investigating the alleged crimes of its military and leaders. As it is, the U.S. continues to develop its reputation as a global bully that takes any actions it deems appropriate with complete impunity regardless of the means it uses.

Geneva International Centre for Justice (GICJ) appeals to the United Nations to bring justice to the people of Iraq by holding all countries accountable for their harms to civilians, especially where the harms may potentially be war crimes. GICJ urges the U.N. High Commissioner for Human Rights to push for the establishment of 1) an International Independent Commission to investigate all alleged humanitarian and human rights violations in Iraq since 1991, and 2) the creation of an international tribunal tasked with the prosecution of international crimes committed against the Iraqi people during the last three decades.