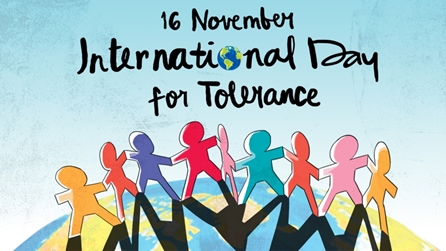 Therefore, this year celebrates the twenty-first commemoration of this UN observance. This day seeks to reinforce tolerance by promoting the mutual understanding among different populations and individuals. On this date, every two years, the “UNESCO-Madanjeet Singh Prize for the Promotion of Tolerance and Non-Violence“ is assigned to a person, institution or organization that have significantly contributed to tolerance and non-violence.

On 16 November 1995, 50 years after the creation of UNESCO, UNESCO’s Member States ratified the “Declaration of Principles on Tolerance”. This declaration states that tolerance is “respect, acceptance and appreciation of the rich diversity of our world’s cultures, our forms of expression and ways of being human”1. Furthermore, it is also defined as an attitude that results from the respect of human rights and from the recognition of the fundamental freedoms of everyone. Tolerance doesn’t have to concern only individuals, but equally groups and States, and should not only be a moral responsibility but also a political and legal obligation.

This declaration points out that education is an important and powerful tool that can help spread tolerance among individuals and that it is also an effective way to prevent intolerance. Furthermore, education “should aim at countering influences that lead to fear and exclusion of others, and should help young people develop capacities for independent judgement, critical thinking and ethical reasoning“2. 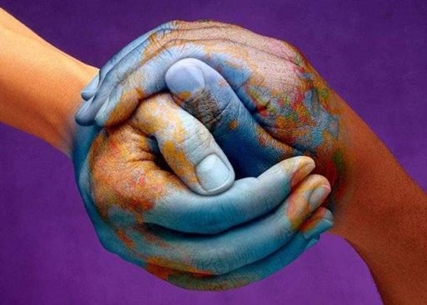 The fight against intolerance

According to the United Nations, the fight against intolerance requires 5 different factors:

•    Law: States and governments should ensure that discrimination and hate crimes against minorities are punished lead to justice being served. Furthermore, they should equally act to implement human rights laws.

•    Education: Intolerance is frequently caused by ignorance and fear, and it can also be related to an extreme sense of self-worth and pride. Therefore, education is another tool that can combat intolerant behaviours given the fact that these feelings are learned and developed at an early age. Besides that, it must be remembered that education is a process that takes place during the course of a lifetime and that is not only limited to the school environment. Indeed, it can take place in different spaces of a society.

•    Access to information: One of the most dangerous forms of intolerance is the one that is used to achieve political or territorial ambitions. The persons or groups who act in this way, and that can be defined as hatemongers, usually manipulate the public opinion with false or inaccurate information and prejudice. In this situation, the most efficient way to combat these behaviours, and their effects, is to create policies that protect and encourage press freedom, so that it will allow people to distinguish between facts and opinions.

•    Local solution: Even if intolerance is a global problem because of its prevalence, it is important to know and to remember that local and individual actions can play a key role in order to tackle this important issue. In fact, each individual can participate and has the power to act, for example, with nonviolent actions.

Human rights and tolerance are two factors that are strictly interrelated one with each other. On one side, a society in which tolerance is strongly widespread among its members is a society in which, more probably, there is going to be a higher respect for human rights. On the other side, as stated in the “Declaration of Principles on Tolerance”, tolerance can be an attitude that is provoked by the recognition of the principles of universal human rights. Furthermore, UNESCO stated that “Tolerance is also the foundation of democracy and human rights”3.

This is why, if we want to improve one of these two factors, we must act simultaneously on both of them to have a faster and a better result.

One of the main challenges of today is increasing intolerance towards refugees and migrants. In the last couple of years, the number of refugees that have fled their homes because of persecutions and conflicts, and the number of migrants that have left their countries looking for a better future and to escape poverty and hunger have increased. In fact, according to the International Organization for Migration, in 2015 the number of international migrants worldwide reached 244 million4. This number represents the highest recorded ever.

Sadly, the number is not the only thing having increased. Indeed, there is a simultaneous growth in intolerance that can easily be perceived in the rise of xenophobic and discriminatory discourse that have intensified among different host countries and communities. This is also why the United Nations created the “Together” campaign, with the aim to promote “respect, safety and dignity for refugees and migrants“5.

Migrants and refuges are not the only category that is concerned with this increase of intolerance: minority groups are also affected by this phenomenon. On 30 October 2017, the UN Special Rapporteur on Minority Issues stated, in a press release, that minorities are suffering from rising intolerance and equally highlighted the importance of including minorities into societies and to ensure non-discrimination when it comes to conflict prevention.

Tolerance is not just essential with regards to the prevention of conflicts. Indeed, as stated last year by Irina Bokova, Director-General of UNESCO, in occasion of the International Day for Tolerance: “In a world of diversity, tolerance is a prerequisite for peace”6.

The sixteenth goal of the Sustainable Development Goals (SDGs) has as objective to promote just, peaceful and inclusive societies. In order to achieve this important target and have peaceful societies in which any person could feel safe and integrated, tolerance is one key element that will allow this accomplishment. Furthermore, according to the UN, “violence, in all its forms, has a pervasive impact on societies“7. Additionally, violence and insecurity can have negative consequences on a country’s development, on its economic growth and so affect a large number of dimensions. Therefore, the respect of human rights and tolerance do not only have positive effects on the individual level, but also on a more macro point of view. This is why the fight against tolerance should be on the top of the agenda of each State.

The current global situation demonstrates that, even if the International Day for Tolerance celebrates its twenty-first birthday, the way to live in a world in which there is respect and celebration of diversity is still not only very long, but even farther than in the past.

This way must be walked nonetheless. Geneva International Centre for Justice (GICJ) would like to emphasize the importance of fostering tolerance among individuals for building peaceful societies.

As shows by the different factors required for combating this fight according to the UN, multiple actors need to play their part and coordinate with each other in order to achieve this important goal. Single individuals need to step up and be aware of the consequences of their intolerant behaviours. Through laws, States must condemn and prevent acts of intolerance. Education should be used to help individuals learn and not be afraid of all differences that exist in our world. Media should be used as powerful tool to sensitize and teach about diversity, and not to increase fear of the other.

In light of the centrality of tolerance in the promotion, reinforcement and respect of all human rights, Geneva International Centre for Justice (GICJ) holds that States and their citizens must act to condemn and prevent all acts of intolerance, especially against the most vulnerable groups of our societies, such as migrants, refugees and minorities. In a world ridden by conflicts, whose spirals of violence are largely fueled by religious or ethnic intolerance, policies and actions aimed at spreading and promoting the principle of tolerance should be a priority to achieve peace. Therefore, GICJ urges all relevant actors in power to actively take measures to counter the alarming rise in intolerance and to ensure that respect for all human rights lays the foundation for achieving this important goal.