Upon the seizure of control by the Iraqi central government over the area of Kirkuk in Iraq, armed groups such as the Popular Mobilization Forces (Al-Hashd al-Shaabi) and the Peshmerga forces have been committing grave violations against the civilian populations inhabiting these areas. The atrocities must be seen as part of the larger campaign by the different parties to the conflict aimed at creating an atmosphere of fear and revenge amongst other factions active in the region.

Geneva International Centre for Justice (GICJ) regularly receives information and reports from its contacts on the ground – which provide first-hand insights into the grave violations committed against civilians by different parties to the conflict, especially by Al-Hashd al-Shaabi and the Peshmerga forces.

A Look at the Background

After a large-scale offensive by ISIL in Iraq in 2014, the Iraqi army had fled the a number of areas including Kirkuk, which was taken over by the Kurdish Peshmerga. Disputes have been going on for years over who should control this vast area and thus benefit from its vast oil resources.

On Monday, 16th of October, however, two Iraqi divisions brought on an offensive against Kurdish-held Kirkuk, to reclaim the disputed city. The offensive had a largely positive outcome, but had a detrimental impact on the Kurdish plan to claim independence: Just weeks before the offence, in September, Kurds had voted in favor of an independent Kurdistan. However, central government forces found little opposition while retaking the multi-ethnic city of Kirkuk.

Even though the Kurdistan Region Security Council had issued a statement saying that the Peshmerga had destroyed armed vehicles belonging to the Iraqi army, during the late afternoon the national flag had replaced the Kurdish Regional Government’s flag over the city skyline. 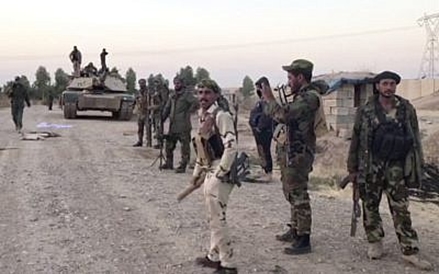 The advance of the Iraqi military was apparently facilitated not only by the help given by the Popular Mobilization Forces, but also by the existing factions within the ranks of Peshmerga; it appears that the Tuz Khurmatu district was surrendered after the Peshmerga units showed loyalty to the Iraqi army. Nonetheless, following these events, the Governor of Erbil, Nawzad Hadi, stated that around 18,000 families had taken refuge in Erbil and Sulaimaniya.

Since taking control of the different areas of Kirkuk, the government-backed militia Al-Hashd al-Shaabi is reportedly threatening the Kurdish population and forcing entire families to leave. Armed forces are involved in destroying and burning entire villages.

GICJ has received information revealing that more buildings and houses were burned to the ground by Iraqi armed groups in the city of Tuz Khurmatu, in Kirkuk, between the 16th and the 17th of October. It had already been reported that tens of thousands of people had fled Kirkuk earlier this week, due to fear of being persecuted by the Iraqi army, which retook the oil region after the referendum on Kurdish secession. Many women and children now find themselves displaced, with no place to go, their houses and their belongings having been destroyed or stolen. UN relief officials have been mostly concerned about Kurds being driven out of parts of northern Iraq, due to the attacks committed by the Iraqi army.

From the village of Saad controlled by the Peshmerga, GICJ received footage on 18th of October 2017 revealing that the armed Peshmerga forces – in the absence of ISIS fighters – have been destroying and burning down houses and stealing electricity transmitters since August 2017.

Further discriminating footage swept in relation to the recent takeover by Iraqi forces of the city of Khanqin in Diyal province. During peaceful demonstrations on 19th of October, Iraqi forces and the militia opened fire on the demonstrators, injuring many and killing a young man named Mohammad Nouri al-Doshamchi.

Moreover, Al-Hashd al-Shaabi has started brutal assassination campaigns of former officials and members of targeted ethnic groups – which have reportedly been included in a death list. GICJ has received first-hand information into the assassination Yassin Ahmad, a retired pilot from the Iraqi Air Force,  who has been murdered in cold blood by the militia.

GICJ has been addressing issues of justice and accountability in Iraq ever since it was established. It continues to bring to the attention of the relevant UN bodies information concerning grave violations of human rights in the country. GICJ does everything in its power to put a halt to the crimes that are persistently and continuously being committed in Iraq, and urges both the United Nations and the Iraqi Government to take action to restore peace and security in the region. 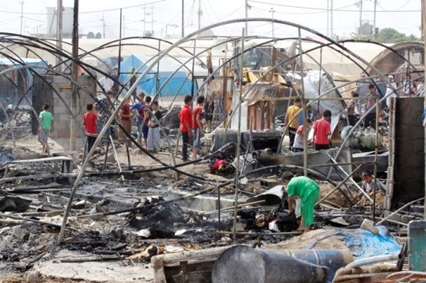 GICJ recognizes that the only way to ensure long-term stability in Kirkuk is to reach a political settlement through a negotiation to restore peace and security in all Iraq. The international community should help in starting a dialogue between the various sides to find an agreement that can put an end to the ongoing crisis. Military operations cannot solve the existing issues, and GICJ pushes for a real action that prevent further deterioration in the situation.

While the seizure of control of the central government over more areas may be regarded as positive, the government must take urgent measures to ensure the protection of all civilians. It is essential that, instead of leaving the responsibility to armed factions, the Iraqi government lives up to its international obligations and assumes its responsibility to provide protection to the entire population and bring all perpetrators of crimes to justice.

Furthermore, GICJ stresses the importance for the Iraqi Government to ensure that all armed groups leave the region, in order for local police and security forces to ensure full respect for international law. On Wednesday 18 October 2017, Iraqi Prime Minister Haider-al-Abadi had stated that security was being maintained in Kirkuk by local police. This statement turned out to be untrue, since the Prime Minister himself recognized the existence of acts of violence coming from armed groups in the region.

It is important that the right of assembly in Iraq is effectively implemented, and that peaceful manifestations do not transform into bloodbaths. National police forces have to work to ensure the safety of all civilians, especially during such events.

Finally, GICJ urges the United Nations to focus on the responsibility that the central Government of Iraq has to protect all civilians from the crimes that are being committed, and to bring the perpetrators to justice. Impunity has been an issue in Iraq for many years now, therefore, GICJ keeps working to ensure that those responsible are held accountable before an independent and fair court, to be tried and punished adequately. 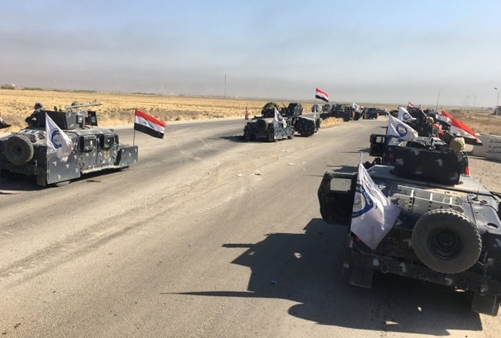