New War Crimes by the Iraqi Security Forces and Militias

When fighting ISIS becomes the pretext for murdering civilians 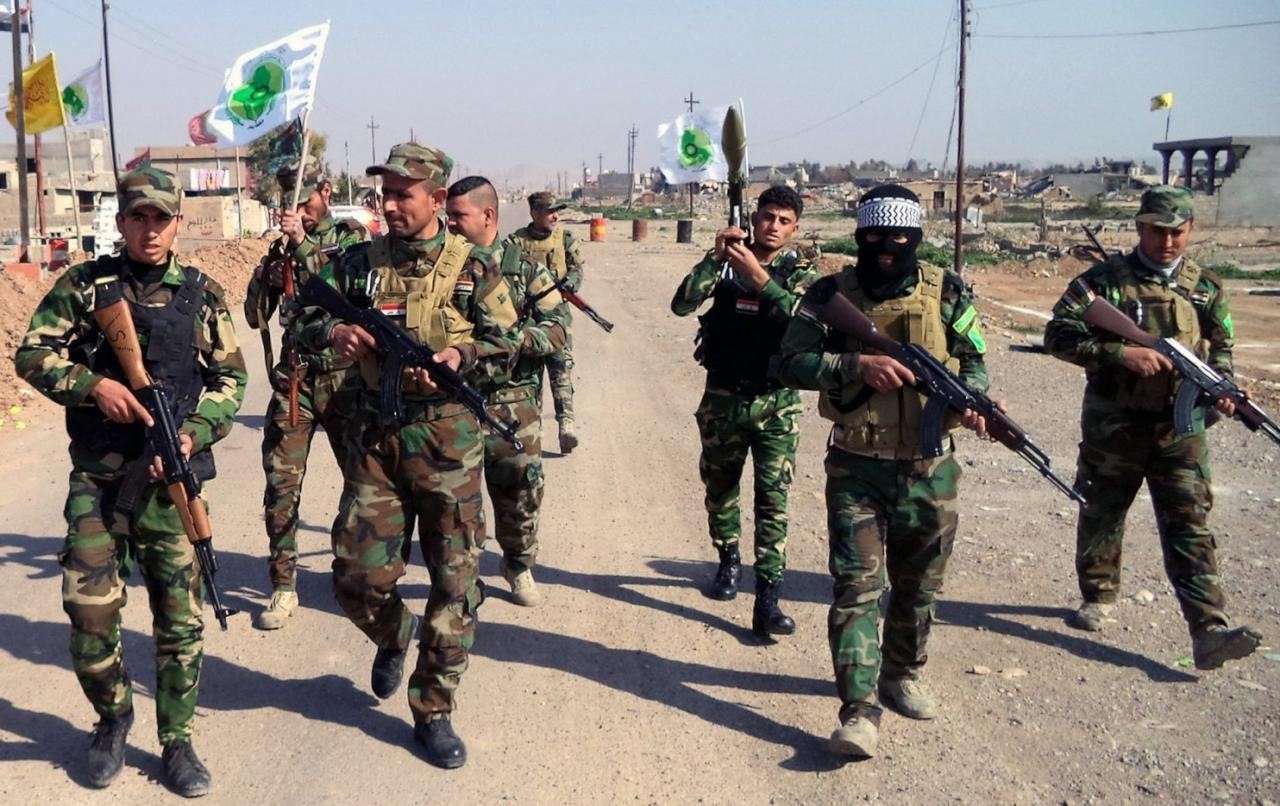 As the battle to retake Mosul from ISIS intensifies in November 2016, accusations of grave violations at the hands of the Iraqi Security Forces and militias participating to the military campaign are rampant. On 16 November 2016, GICJ sent an urgent appeal to Mr Zeid Ra’ad Al Hussein, United Nations High Commissioner for Human Rights, expressing its deep distress for the situation and requesting a clearer and stronger intervention by his Office on the matter.

In its letter, GICJ explained that on Friday 11, November, a shocking video showing a young boy being crushed by a tank following the orders of a group of men wearing a military uniform, caused the world’s dismay and outrage as it went viral on social media. The Iraqi child, identified as Muhammad Ali Al-Hadidi, was dragged to the tank and shot seven times before being flatten by the military vehicle. He was inhumanly murdered because accused by his killers to be an ISIS militant.

Disgracefully enough, this episode is not an isolated “incident”, but, as largely reported by Geneva International Centre for Justice (GICJ), it constitutes one of the countless violations and abuses committed at the hands of the Iraqi security forces and the government-affiliated militias against civilians during the so-called “battles of liberation”.
In the same way, another recent footage shows a soldier being tortured by a group of more than 10 persons wearing Iraqi army uniforms and the federal police uniforms. The victim gets severely beaten and kicked by the aggressors, who are completely indifferent to his desperate cries. In a second moment, he gets shot several times and by different people until he lies dead on the dusty ground. Our sources on the ground explained that the soldier belonged to the Sunni community and they strongly believe that this is the reason behind his killing.

In spite of all attempts by the Iraqi government to accuse ISIS for these incidents, there is little to no doubt that who carried out such appalling war crimes belongs to the Iraqi military forces. GICJ can confirm this unequivocally based on the language and the dialectic used by the aggressors, and, indeed the uniforms worn.

Furthermore, videos as such have been rather abundant on the Internet for a very long time, and the battle of Mosul, predictably, is being no exception. Usually proudly uploaded by the very same aggressors, most of these horrific footages show terrified young Sunni men, and even children, getting tortured or ill-treated in the most appalling ways, including kicked on the head, beaten up, burned alive, shot, etc…, while getting shouted at insults of sectarian connotation or accusations of having ties to ISIS by the ululating aggressors. Almost all the victims are killed by the end of the recording.

GICJ is outraged and horrified by similar acts of violence and it firmly reproaches the government’s inaction with respect to the war crimes and crimes against humanity being committed on the Iraqi soil by the very units it is cooperating with. 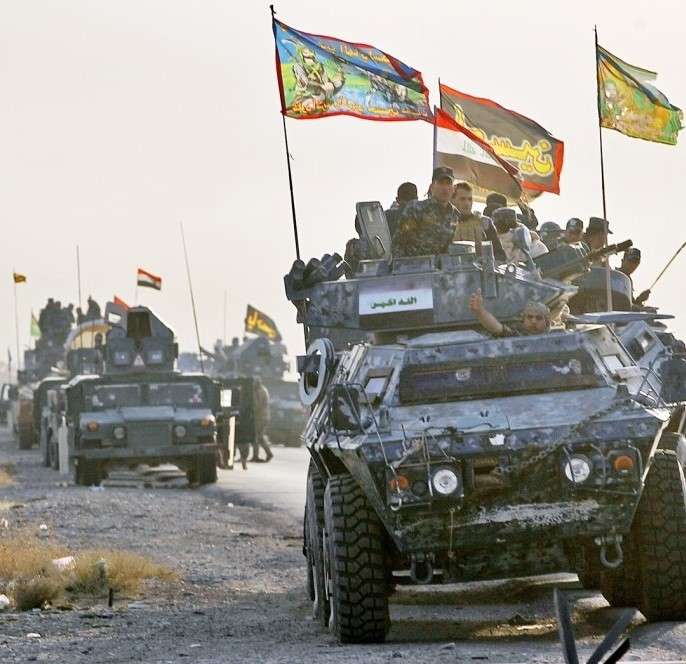 In response to this striking evidence of abuse, as we mentioned above, the Iraqi government usually adopts a denial attitude to divert its responsibility. Referring to the episode of the young boy crushed by a tank, an Interior Ministry spokesman denied there had been any violations by Iraqi forces, which in fact respect human rights and international law. Most of the times in which the government has been called to speak out against these allegations and to investigate them, it has in fact always provided the same responses: either the “incidents” are isolated cases due to the misbehaviour of a few individuals, or the aggressors in question, wearing the federal police uniform or the army uniform, are in fact ISIS fighters disguised as the official security forces.

One may believe their version, if it was not for the fact that the allegations of violations at the hands of security forces are way too widespread. GICJ receives videos, testimonies and other forms of evidence that undoubtedly and undeniably confirm that such crimes are not isolated incidents in the slightest, but rather constitute a proper act of sectarian revenge against the Sunni population, founded on pure discriminatory grounds. The evidence not only suggests, but in fact demonstrates, that the government has a direct implication with these crimes as it gradually legitimized this criminal behaviour within the security forces by annexing brutal militias to them as independent formations and allowing them to enjoy unprecedented levels of impunity.

It is a well-known fact that militia members, and especially those belonging to the umbrella organization Al-Hashd Al-Shaabi, have infiltrated the security forces, making it almost impossible to distinguish between the two entities. Yet no measure whatsoever is taken to control their conduct and limit their power. On the contrary, the Iraqi government constantly tries to mislead the public opinion affirming that these groups are a fundamental asset in the fight against ISIS and that they operate in line with international and human rights law. 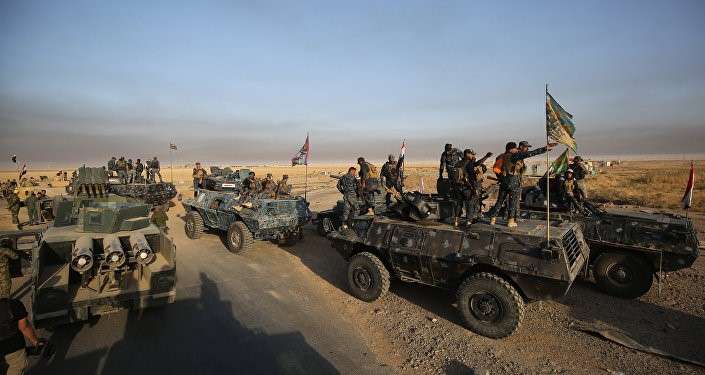 Such claims contradict the facts on the ground to the point that even Prime Minister Haider al-Abadi, prior to the beginning of the offensive in Mosul, was forced to promise that Al-Hashd Al-Shaabi, would not take part in the battle of Mosul but would only assume a function of “support” for the Iraqi army outside of the city. Clearly, these promises were nothing but words as the group already carried out several attacks around Mosul’s neighbourhoods. Violations by militias have in fact already been reported in the city of Tal-Afar as well as against those civilians fleeing the main conflict. Ahmed al-Assadi, the spokesman of Al-Hashd Al-Shaabi, issued a statement on 14 November 2016 during a press conference in Baghdad, confirming that the militia organization has been put in charge of an area of more than 14,000 square kilometres. GICJ is deeply alarmed for the fate of the inhabitants of this huge area, and, especially for the Sunni population, who will most surely face atrocious abuses.

So far, the United Nations has done little to nothing to condemn the crimes of the Iraqi security forces and its affiliated militias. On the contrary, in his briefing to the Security Council on 9 November 2016, Ján Kubiš, Special Representative and Head of the United Nations Assistance Mission in Iraq (UNAMI) stated that “based on lessons learned from the past, the government of Iraq and the leadership of the Iraqi Security Forces and the PMF [Al-Hashd Al-Shaabi] prioritized the protection of civilians in an unprecedented way in the planning and conducting of the current military operation”.

GICJ expressed its regretful that a United Nations Representative issued a statement that not only legitimizes the aforementioned violations, but it encourages the government of Iraq to continue on the same line. The evidence of serious war crimes and crimes against humanity at the hands of these actors are all over the internet, let alone verifiable on ground by hundreds of witnesses. Many are the international organizations which reported the same violations, including Amnesty International, which issued a very detailed report on 10 November. Today, facts are undeniable and no fight against terrorism can justify such a bloodshed. In these regards, GICJ wishes in fact to reiterate once more its strong and unequivocal opposition and condemnation against ISIS and the reproachable, inhuman crimes that this group commits every day in Iraq and other parts of the world as well as the urgent necessity to eliminate this evil. However, the approach to counter terrorism must be still one that abides always and unreservedly international law and human rights law and therefore cannot and must not be that of the Iraqi government and its allies. 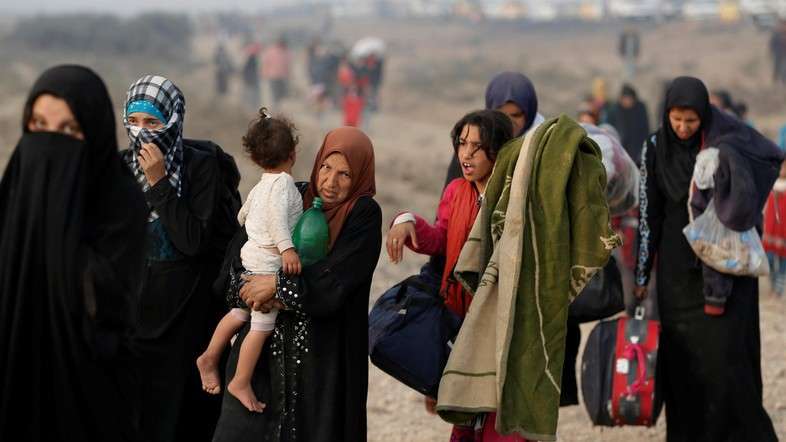 In these regards, GICJ urgently calls on the United Nations, especially, the UN High Commissioner for Human Rights, to exert a much stronger role in condemning the crimes occurring in Iraq at the hands of pro-government militias and the security forces, in line with its very mandate, principles and values. Furthermore, we reiterate our position that without referring the situation of Iraq to the International Criminal Court, justice in the country will not be a possibility. On the contrary, impunity will lead to one of the biggest humanitarian catastrophes of all times.