Nelson Mandela International Day commemorates the struggle and devotion that Nelson Mandela gave to many people around the world who suffer various forms of racial discrimination and intolerance. Through a unanimous decision by the United Nations General Assembly, July 18 was chosen to honor Nelson Mandela and was initially launched in 2009 on his birthday. Mandela Day “calls on us all, every day, to make the world a better place. Each year on 18 July we look back on what has been done, and forward to what will be done.”

Nelson Rolihlahla Mandela was born on 18th July, 1918 in South Africa. During that time the majority of Africa was under foreign rule and many Africans had been called on by their rulers to fight on their behalf during the First World War. Like many parts of Africa, discriminatory rules and laws were put in place that prohibited black South Africans the most basic of rights. Additionally, they were prohibited from owning land, save for some small factions normally less than 10% of the country, and they were not given the right to vote.

In his early years, he attended Western-style education but later become more interested and invested in native African culture and in 1939 he attended the University of Fort Hare, which was an elite black institution in Eastern Cape, South Africa. He studied anthropology, native administration, English, politics, and Roman Dutch law. Though not interested at first, Nelson Mandela took interest in Party gatherings and become increasingly active in national politics.

After a successful boycott in 1943 he joined the African National Congress (ANC), a social democratic social party in South Africa because of their stance and also due to the fact that it was one of the few institutions where people of different ethnicities, backgrounds, and nationalities could gather and dialogue as equals. By 1950 he would be elected to lead the African National Congress Youth League (ANCYL) and later became attracted towards the concept of a classless society. He felt that such a society was most similar to traditional African culture; a society with communal values and the philosophy of sharing together. 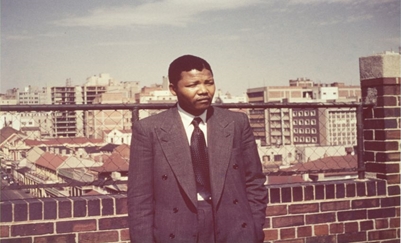 In several attempts to eliminate white domination and rule in South Africa, Nelson Mandela would be arrested in December 1956 on the grounds of “high treason”. After years of legal battles the judges determined Nelson Mandela not guilty and he was set-free only to be arrested again because of his continued affiliation with the ANC who at that time was considered as a terrorist-group. Previously, Mandela had co-founded and became the leader of Umkhonto we Sizwe (“Spear of the Nation”), which was also known as MK. While in prison, Nelson Mandela would still lead the MK against the white foreign government in South Africa and would engage in several plans of boycotts and protests.

Nelson Mandela served most of his prison sentence in the merciless Robben Island Prison that did not have the most basic of facilities such as a bed or plumbing. Furthermore, as he was a black political prisoner he was subjected to additional punishments and stripped of other rights. Nonetheless, Mandela was stead-fast in his learnings and education and would eventually earn a bachelor of law degree from the University of London. He was also able to write political statements, that were smuggled out of prison, and he wrote a draft of his autobiography “Long Walk to Freedom”. 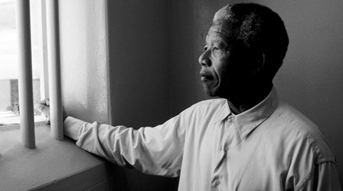 Much of his actions, writings, and statements were against apartheid, which was a cruel system of institutionalised racial segregation that lasted from 1948 to 1991. During these years many black South Africans were oppressed and did not have civil or political rights, thereby, depriving them of the right to sovereignty and the freedom to participate in society. Nelson Mandela was revered as an anti-apartheid symbolical leader and the “Free Nelson Mandela” campaigned was introduced by Oliver Tambo in 1980, that would eventually lead to the popular a musical concert in 1988, “Nelson Mandela 70th Birthday Tribute” at Wembley Stadium.

Over the years, while Nelson Mandela was still in prison as a political prisoner the world began to see the apartheid system and the then government of South Africa as racist and pressure was put on them to end such discriminatory practices. The government would offer Mandela bargains and deals for him to renounce some of his actions but he would refuse. In 1982 Mandela was out of Robben Island Prison but remained a prisoner in other prisons and was under house-arrest in 1988. After 27 long years, on February 11, 1990 the new president of South Africa, F. W. de Klerk ordered the release of Nelson Mandela. 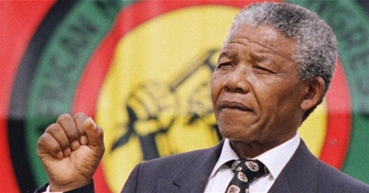 After his release Nelson Mandela remained with and led the ANC into negotiations with several South African organisations and the then governing National Party in order to have a non-racist and multi-racial government. The ANC would gain overwhelming support in the 1994 elections and in the same year Nelson Mandela was elected as the first black president of South Africa.

During his time as president Nelson Mandela put in measures to ensure that black South Africans would enjoy their due rights in the social, economic, and political fields. As well a Truth and Reconciliation Commission was set up to investigate the human rights violations and political crimes during the period of apartheid in South Africa. In 1993, Nelson Mandela was awarded the Nobel Peace Prize and he continued to champion the idea of a multiracial South Africa with efforts that dissuaded retaliations by blacks on whites and made many efforts to bring all races together such as rallying and encouraging both races to support to South African rugby team.

After his presidency Nelson Mandela would be regarded around the world as a champion of peace, not only in terms of race relations, but also on other civil, social, and political rights. Geneva International Centre for Justice (GICJ) stands by the peaceful ambitions and actions that Nelson Mandela has demonstrated throughout struggle against racism. It is unfortunate that many governments still carry out racist campaigns including various forms of intolerance and discrimination towards people of different racial or ethnic groups. Additionally, several governments to this day continue to undermine the principles that Nelson Mandela fought for as well as attempts to fight the evils in racism such as boycotting and refusing to acknowledge the Durban Declaration and Program of Action, which seeks to combat racism, racial discrimination, xenophobia and related forms of intolerance. GICJ strongly condemns such attempts that undermine the freedoms and wellbeing and in this instance calls on all governments to recognize, respect, and protect the rights of all peoples in honour of Nelson Mandela. 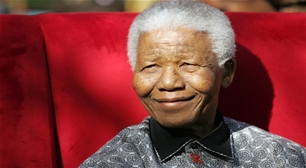 “For to be free is not merely to cast off one's chains, but to live in a way that respects and enhances the freedom of others.” – Nelson Mandela 1918 - 2013