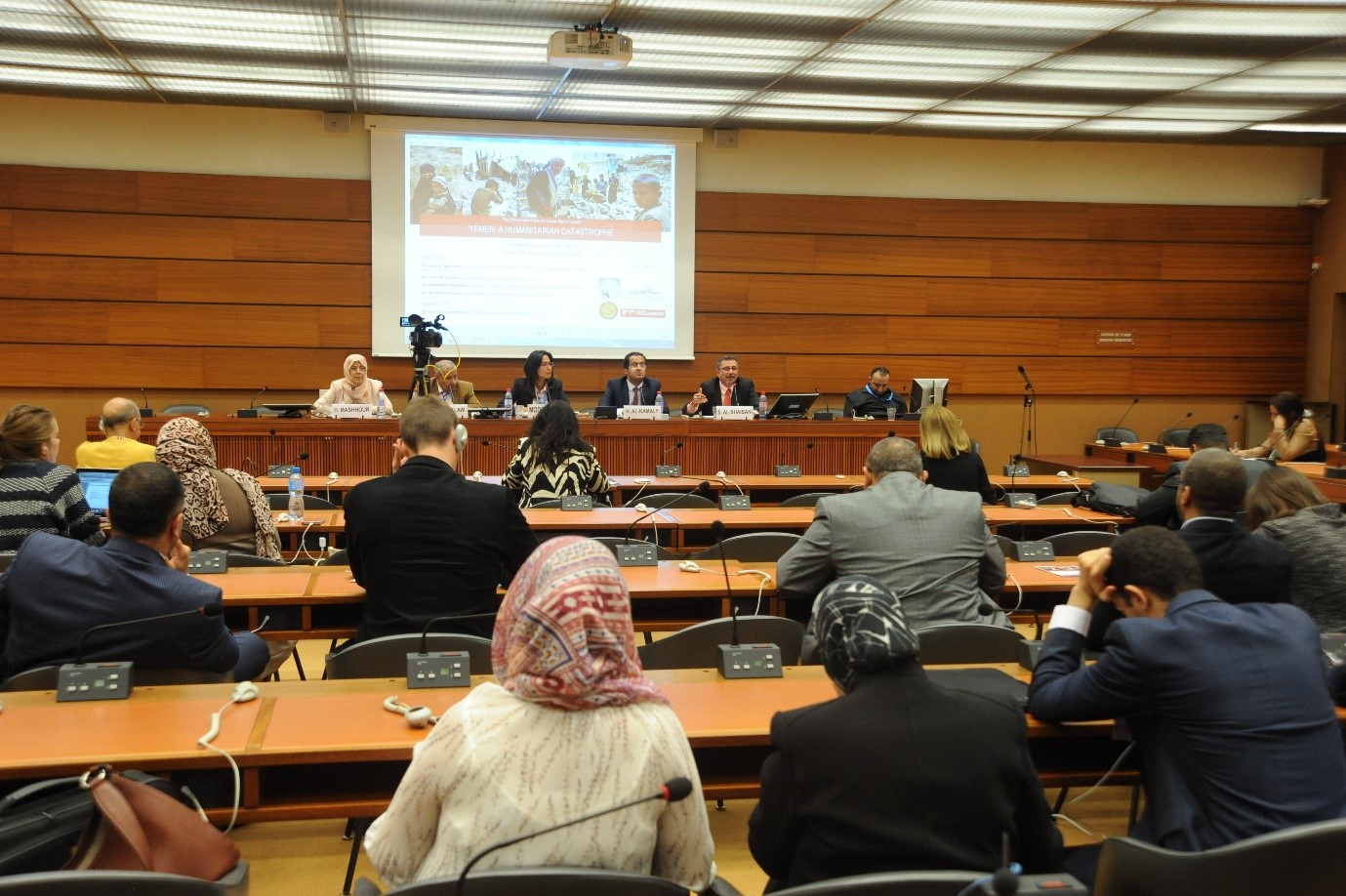 On the 27th September 2016, Geneva International Centre for Justice (GICJ) and the International Organization for the Elimination of All Forms of Racial Discrimination (EAFORD) co-organized, with the participation of International Lawyers and The BRussels Tribunals a side event entitled “Yemen – A humanitarian catastrophe”.

This side event aimed at analysing the grave humanitarian crisis in Yemen, following the onset of the civil war, and especially the role of Iran-sponsored Houthi-Saleh militias in perpetrating crimes against humanity and war crimes against civilians.

Since 21st September 2014, when the armed groups seized control of the capital Sana’a, the situation in Yemen has in fact gone from bad to worse. Human rights violations at the hands of the Houthi-Saleh militias have become systemic. Initially, these included looting of camps, the harassment of media persons and journalists, closing-down of channels and newspapers, and blocking websites revealing the repeated aggressions carried out by rebels. Today, their crimes range from killing to forced displacement, evictions, including blockades, enforced disappearances as well as deliberate and indiscriminate shelling against densely inhabited areas. These attacks impact on every aspect of life, and they deeply affect the most vulnerable part of the Yemeni society: women and children. 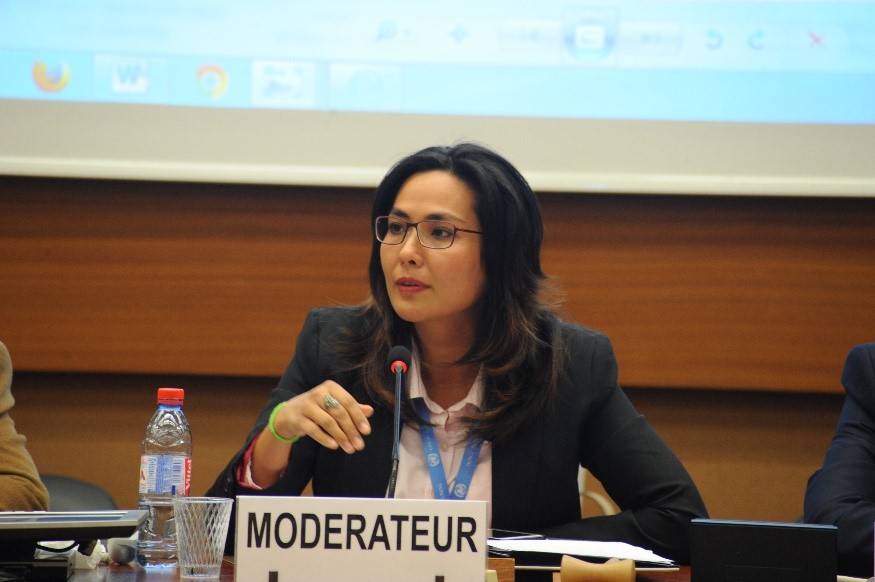 Ms Gulnoz SAYDAMINOVA, the moderator of the event,started by setting the background of the Yemeni conflict and the subsequent humanitarian catastrophe happening throughout the country. She underlined the wide range of violations and crimes committed by the Houthi-Saleh groups, before reminding the audience that Yemen is, in fact, party to 7 of the 9 core human rights treaties, as well as to the 4 Geneva Conventions. She then gave the floor to the four distinguished speakers. 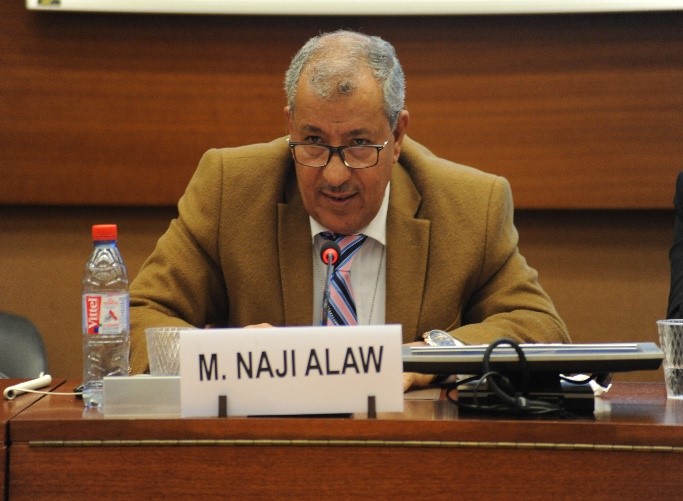 Mr Mohammad Naji ALAW, Coordinator of National Organization for Defending Human Rights (HOOD), provided the audience with a legal analysis of the violations of the Houthi-Saleh militias, who are controlling large parts of Yemen, in the context of international law and especially, the responsibility of such groups under International Humanitarian Law. The speaker mentioned the obligations of these groups under the 4 Geneva Conventions and their two Protocols, including the duty to protect women and children and to respect the rights of the detainees. In this regard, Mr Alaw affirmed their responsibility to act in accordance with armed conflict law. Mr. Alaw has also mentioned the de facto responsibility of these groups to respect the national laws of the country they controlling, despite their opposition of these laws. Thus, these groups have to ensure the right to health care, education, movement, fair trial and protection for the civilians under their de facto control.  However, when applying these facts to the situation on the ground, grave human rights violations of both national and international laws are committed by the Houthi-Saleh militias. These include, systematic killing of women and children, arbitrary detention of opponents and journalists and denial the right to fair trial among others.

Ms Hooria MASHHOUR, former Minister of Human Rights in Yemen and former President of the National Women Committee, shared her valuable experience to analyse the impact of the conflict on women and children. She started by explaining how discrimination against woman has been rampant in Yemen for the last three decades. In these circumstances, the few improvements implemented thanks to civil society, including amendments to national legislation in order to comply with CEDAW, have been totally disregarded by the Houthi-Saleh groups since the beginning of the armed conflict. Indeed, the coup d’état has been followed by a worrying increase of violations against the most vulnerable groups of society.

The total collapse of the Yemeni institutions and the subsequent political and security vacuum caused the death of no less than 620 children. The majority of the school facilities has been destroyed and the IDPs’ figure reached 400,000. As a consequence, 2 millions of children have been unable to enrol to school, partly because their parents wouldn’t send them fearing for their security.  Ms Mashhour concluded her speech by explaining that in the absence of any service from the state, it is impossible to talk about human rights enjoyment. She called upon the international community to stand by Yemen and to help the Yemeni people in restoring the country in accordance with the rule of law. 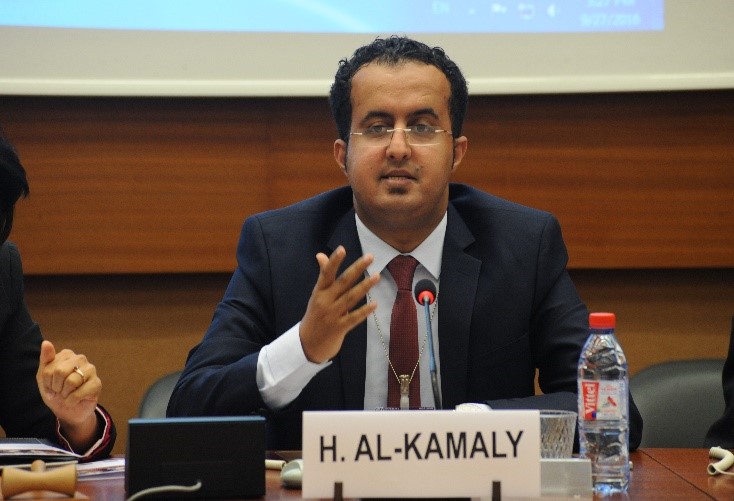 Mr Hamzah AL-KAMALY, Former Member of Yemen National Dialogue Conference, offered an overview on the reflection of the conflict on the education sector and other institutions in the country. The speaker detailed the impact of the conflict on the educational system, from the destruction of the facilities to the curriculum changes to spread violence. Militia groups have been enrolling pupils straight from their school, sometimes with the use of force.

According to the figures, 70% of the schools have been closed before the end of the academic year and pupils got their diploma without even taking the exam. Some of 3,700 schools became out of service either for being used as prisons or directly targeted. Other 1,900 schools have been turned into eviction places for internally displaced civilians. Moreover, Mr. Kamaly added that the militias have forcibly cut the educational budget in Yemen by 10 million dollars. They have also terminated all the scholarships for about 20,000 Yemeni Students abroad. Furthermore, all the teachers and professors who oppose the Houthi militias have been replaced by others loyal to the militias.

Mr Al-Kamaly finished by underlining how the militias are intentionally targeting the educational system because it is a powerful tool to grow new generations into violence and convince them to fight for their cause. Saving the education of the country will equal to saving the country. 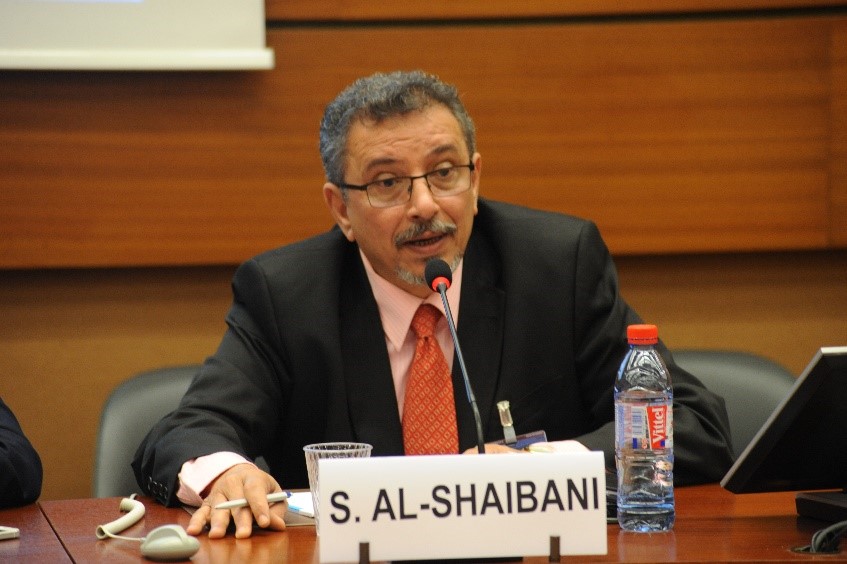 Mr Samir AL-SHAIBANI, Yemeni Academic, Political Analyst and Politician, shed light on the role of the Houthi-Saleh militias in “spreading terrorism” across Yemen as well as their aim of exporting it beyond its borders. According to the speaker, the failure at dealing with terrorism resulted into the current chaos in Yemen. The rise of sectarianism throughout the Middle-East has been used by the Houthi-Saleh militias to fed the Yemeni people with intolerance.

Furthermore, Mr. Al-Shaibani added that terrorism is typically appearing among weak and fragile communities, thus the corrupt elements in the current group that controlling the power in the country, are concentrating on tearing the country apart from inside. In this regard, the speaker mentioned that the former president Ali Abdullah Saleh has actually created an atmosphere of intolerance in the south of Yemen that led later to the rise of several terrorist groups. Saleh was benefiting from the existence of these groups to get financial assistance from countries such as the US and Saudi Arabia under the pretext of countering terrorism. On the other hand, the inability of the state to solve the problems with the minorities has been another factor to the current situation.

Mr Al-Shaibani explained that if we want to eradicate terrorism, the state needs to be fully restored in order to remove every parasite. 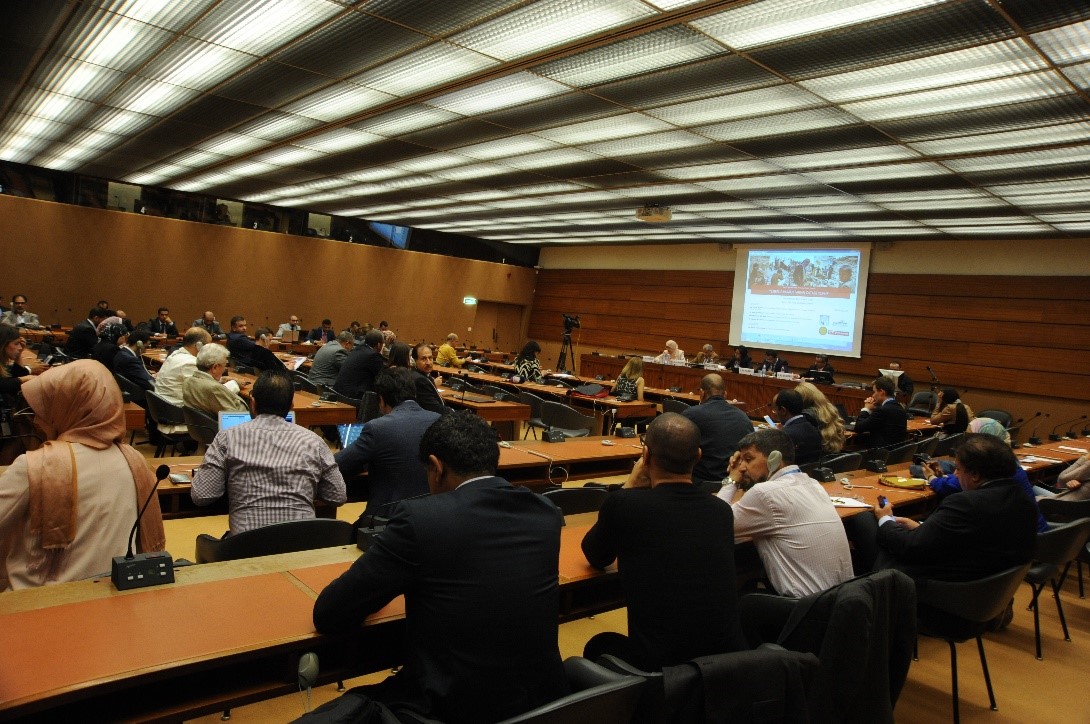 The topic of the side event aroused great interest among the audience, as shown by the several comments made at the end. One of the questions concerned the recognition of the Houthi-Saleh militias as terrorist groups and why it did not happened yet, neither at the national nor international level. In this regard, Mr Shaibani refuted this assumption regarding the national level, and affirmed that the Yemeni government had criminalized the actions of these groups. According to him, it even started fighting them back with the help of the Arab Coalition forces. When it comes to the international level, Mr Alaw stated that the international community had, in fact, issued numerous resolutions condemning the behaviour of the Houthi-Saleh militias and gave to the Arab Coalition forces the green light to fight against them. He moreover explained that the reason behind not classifying the units as a terrorist group is because the conflict is essentially internal and so there might be a chance of solving the ongoing dispute with a compromise between the parties.