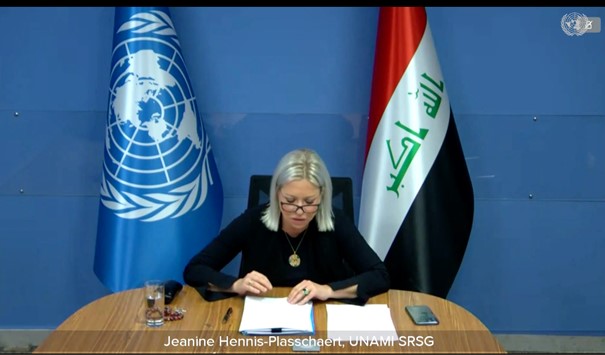 On November 23, 2021, the Security Council discussed the situation in Iraq, in which the Council was briefed by the Special Representative of the Secretary General, Jeanine Hennis-Plasschaert on the elections that took place on October 10th 2021. Ms. Hennis-Plasschaert mentioned the demonstrations that erupted in Iraq since 2019, which were met with violence, arrests and killings. She warned about the general climate in Iraq, where the government is prompt to violence, mistrust is pervasive, and where political dissent escalates quickly at the expense of the civilian population.

Regarding the elections, Ms. Hennis-Plasschaert stated that there is no evidence of fraud and that this election showed improvement. She however warned that “any unlawful attempt to tamper with the results can only backfire”. She affirmed that this election and future elections are the path for the government to regain the public trust but warned that what happens in the coming days will be even more telling to Iraq's future. Turmoil continues following the elections, and she called for swift results to be announced and for great restraint to be exercised upon their announcement.

The second speaker was Amal Kabashi, female civil society representative on the role and participation of women in Iraqi political life. In this election, there were over 25% of women elected, this was over the quota and this specifically was a great success according to Ms. Kabashi. She stated that women in Iraq face daily challenges and women's representation in politics are critical for ensuring and gaining equality. She urged the security council and Iraqi government to fulfill their obligations and ensure that women have protection and victims are protected. She emphasized that UNAMI must prioritize women.

The state delegations condemned the attacks on the Prime Minister. However, they applauded the efforts of UNAMI for their work in this election. The delegation of France called for calm political dialogue to ensure harm does not come to people. The delegation of China mentioned their concerns about the threats to UNAMI workers and other terrorist threats.

Geneva International Centre for Justice (GICJ) strongly condemns the attacks on the Prime Minister and urges an transparent and thorough investigation into the perpetrators. GICJ awaits the finalized election results and brings light to the fact that the election was far from fair. The militias’ hegemonic power in the country continues to undermine the validity of the election. Despite the acclaimed progress claimed by UNAMI, political parties remain backed up by armed groups which prevents the assurance of free and fair elections. Furthermore, parties remain aligned along sectarian lines, which annihilates hopes for democracy and stability in Iraq. The progress highlighted during the Security Council session must not allow us to ignore the corruption and coercion surrounding elections in Iraq. Impunity and corruption must be tackled for Iraq to claim to fair electoral processes. Perpetrators of intimidation and coercion must be held accountable. We hope that Iraq can one day have a truly fair election free of corruption and militias threat.