On the fiftieth anniversary of establishment of the Office of the United Nations High Commission for Refugees (UNHCR) in 2001, the United Nations General Assembly adopted a resolution (A/RES/55/76) to honour the refugees around the world and declared 20th of June as the World Refugee Day.

“On World Refugee Day, held every year on June 20th, we commemorate the strength, courage and perseverance of millions of refugees. This year, World Refugee Day also marks a key moment for the public to show support for families forced to flee.” - UNHCR

After the World War II, Europe witnessed the most catastrophic refugee crisis of the 20th Century with millions fleeing from their homelands. As a result, the United nations High Commission for Refugees was established in 1950 to provide assistance to millions of European refugees and internally displaced persons. A year later, United Nations Convention on the Status of Refugees was adopted in 1951(The 1951 Refugee Convention) based on the Universal Declaration of Human Rights of 1948. The Convention came into force on April 22, 1954. The 1951 Refugee Convention was limited only to Europe until the 1967 Additional Protocol was adopted which made the Convention universal. 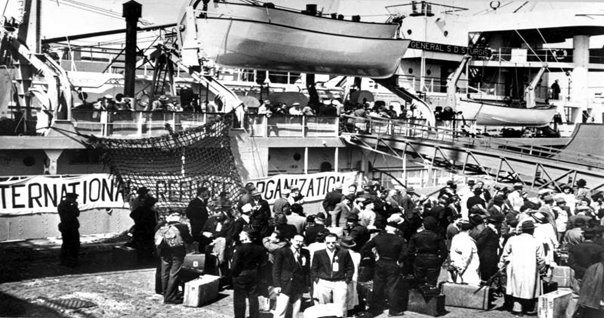 According to the Article I of the 1951 Refugee Convention, a Refugee is ‘‘is someone who is unable or unwilling to return to their country of origin owing to a well-founded fear of being persecuted for reasons of race, religion, nationality, membership of a particular social group, or political opinion.’

While the world was processing the tragedy of the 20th Century refugee crisis with the Second World War, and the Cold war, there was another era of catastrophe of refugee crunch that began in the  21st century with the  American invasion of Afghanistan in 2001 and US led invasion and occupation of Iraq in 2003 that led to hundreds and thousand of people fleeing from Afghanistan and Iraq. With the increase in conflicts, poverty, and violence, millions of people started to flee from their home countries. The crisis worsened after the uprisings in the Middle East and North Africa when the Syrian Civil started, when the crisis in South Sudan worsened by the end of 2016, and when the violence broke out in Rakhine State in Myanmar in August 2017. 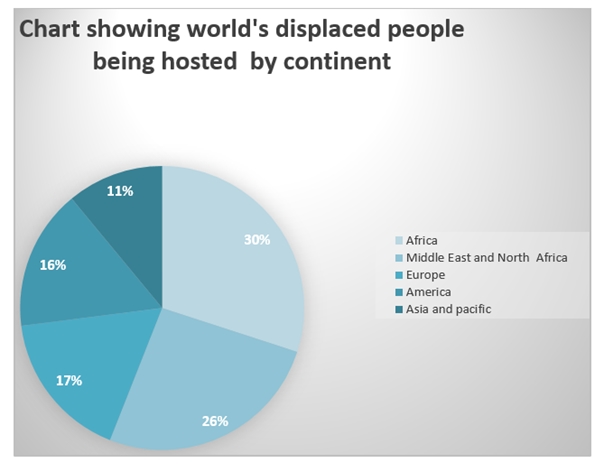 As it is already hard to flee from their homes, refugees are constantly under the threat of attacks and violence in their camps by the armed groups, especially women as they fall victims to sexual harassment, violence and human trafficking. The other challenges could be the places where the refugee camps are hosted. For example, recently since 9th of June 2018, heavy Monsoon led to landslides, water logging, lightening strikes and heavy winds in Cox Bazar, Bangladesh- where one million Rohingya refugees are taking shelter in camps. Around 9,000 people have been already affected and more than 30,000 people are under an elevated risk of being flooded. 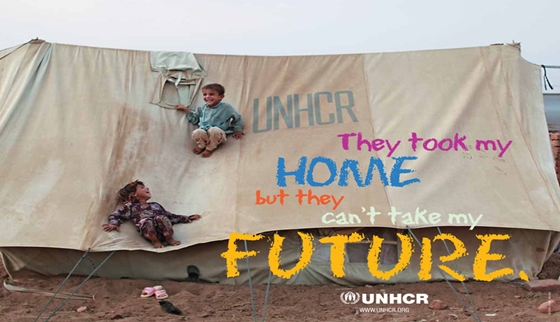 Other main challenges faced by the refugees are reaching the destination of the host country. Many refugees take the risk of crossing the sea to get to the other side to come to Europe, mainly to Greece and Italy.  The boats are overcrowded beyond their carrying capacity and are of poor condition.  Many refugees are abused physically and sexually by the smugglers and criminals who help them leave the country. To give a recent example, on June 6, 2018, around forty-six Ethiopians drowned when it was approaching Yemen.2

There are hundreds of people who try to Cross the border with the help of smugglers and risk their lives.

One can also perceive the racial and xenophobic discrimination towards the refugees in the host countries as another challenge for the refugees that are trying to settle in the community. Since, the most number of refugees are hosted in the developing countries, it becomes hard for them to provide the necessary economic aid.

Geneva International Centre for Justice(GICJ) salutes the strength, endurance and bravery of the refugees that had to leave behind their homes due to violence, conflict, and human rights violations. GICJ highly appreciates the efforts of the United Nations Office of High Commissioner for refugees (UNHCR), other UN agencies and all the other organisations that have continuously put persistent efforts not just to protect the lives of refugees, internally displaced persons, asylum seekers, and stateless people but also help them settle down and begin a new life.

GICJ strongly believes in the rights of the refugees as mentioned in the 1951 Refugee Convention. And therefore, strongly condemns any form of human right violations against refugees in any form of physical and sexual violence or abuse, xenophobic discrimination, and other attacks. On World Refugee Day, GICJ wishes that all the refugees should be treated equally, fairly and should be allowed to enjoy basic human rights such as right to shelter, right to access to health care and right to education. GICJ calls upon the international community to share the problem of the refugee crisis so the necessary economic and humanitarian aid is reached out to the refugees. GICJ condemns any form of discrimination against refugees, specially with the status of refugees, discrimination in the first arrival countries and host countries.