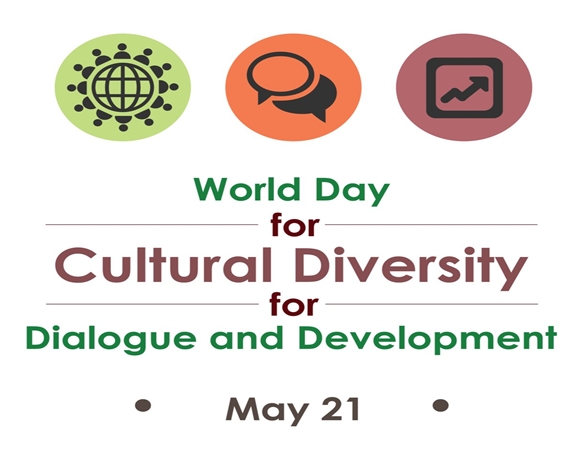 21 May marks the World Day for Cultural Diversity for Dialogue and Development, which is “(…) an opportunity to deepen our understanding of the values of cultural diversity and to advance the four goals of the UNESCO Convention on the Protection and Promotion of the Diversity of Cultural Expression (…)”.1 The decision to celebrate this date has been illustrated in article 4 of the General Assembly resolution 57/249 of the 20 December 2002.

The UNESCO Convention for the Protection and Promotion of the Diversity of Cultural Expression was adopted in 2005, and it represents, among others, the recognition by the international community of the double nature of the present-day cultural expressions: the cultural and the economic one. The adoption of this text, which is based on the principles of human rights and fundamental freedoms, was equally an important landmark in terms of international cultural policy.2 The four objectives of this convention are the following: “Support sustainable systems of governance for culture”; “Achieve a balanced flow of cultural goods and services and increase mobility of artists and cultural professionals”; “integrate culture in sustainable development frameworks”; and “Promote human rights and fundamental freedoms”.3

As is well highlighted by the United Nations, cultural diversity is an extremely important element and the gap between different cultures has to be urgently reduced. In fact, in a world in which 75% of the conflicts are characterized by a cultural dimension, it is of crucial importance to enhance our efforts to promote and increase tolerance among different cultures.4 Especially, if we want to reach global peace and stability.

Cultural diversity can have an important positive impact on development, and not just economically. In fact, it can equally be “(…) a means of leading a more fulfilling intellectual, emotional, moral and spiritual life”.5

In this view, it is crucial to illustrate and convince stakeholders about the significance of investing in cultural diversity, which is one the objectives of the UNESCO’s (2009) “UNESCO World Report: Investing in Cultural Diversity and Intercultural Dialogue”. In particular, this report wants to highlight how cultural diversity can renovate development strategies, how it is a precondition for the respect of universally recognized human rights and freedoms, and how it can reinforce social cohesion and democratic governance.6 Furthermore, public policies that incorporate cultural diversity can contribute to update development and conflict prevention strategies, which are two of the international community’s primary goals.7 In this document, it is equally emphasized how cultural diversity can also have a positive impact on measures that aim to eliminate poverty according to the wishes of those concerned by helping their implementation.8

GICJ aligns itself with the perspective that sees cultural diversity as an important element which can help the reinforcement and the acceptance of human rights worldwide and in all societies.

All around the world we can observe an increasing intolerance toward the “other”, toward who is different. For example, instead of being curious about who is coming from a different culture or about what we can learn from them, we can assist to a rise of xenophobic and discriminatory discourses. These are often driven by the fear of the unknown, fear of the “other“. For this reason, a strengthening of the intercultural dialogue is necessary and urgent. Migration can be a key element which can contribute significantly to the spread of cultural diversity and the exchange between cultures. However, migrants and refugees are often the one who are suffering the most from this growing intolerance.

In the light of the key role that cultural diversity can play in order to reach important goals, such as poverty reduction, global peace and conflict prevention, Geneva International Centre for Justice (GICJ) urges the international community, governments and policy-makers to enhance their efforts and to create more measures with the purpose of promoting tolerance and increase dialogue between different cultures. These actions need to be taken as a matter of urgency as more and more conflicts worldwide are fuelled by a cultural dimension and because of the continuous increase of general intolerance against who belong to a different culture.

1. United Nations– World Day for Cultural Diversity for Dialogue and Development|21 May, Why does cultural diversity matter?, http://www.un.org/en/events/culturaldiversityday/

2. UNESCO – The Convention for the Protection and Promotion of the Diversity of Cultural Expressions, http://en.unesco.org/creativity/convention