On behalf of a coaliltion of NGOs Geneva International Centre for Justice (GICJ) has sent an urgent appeal to the International community and UN bodies following its appeal from 13 January 2014 in view of the horribly deteriorating human rights situation and the continuous brutal attacks against civilians in the province of al-Anbar/ Iraq. 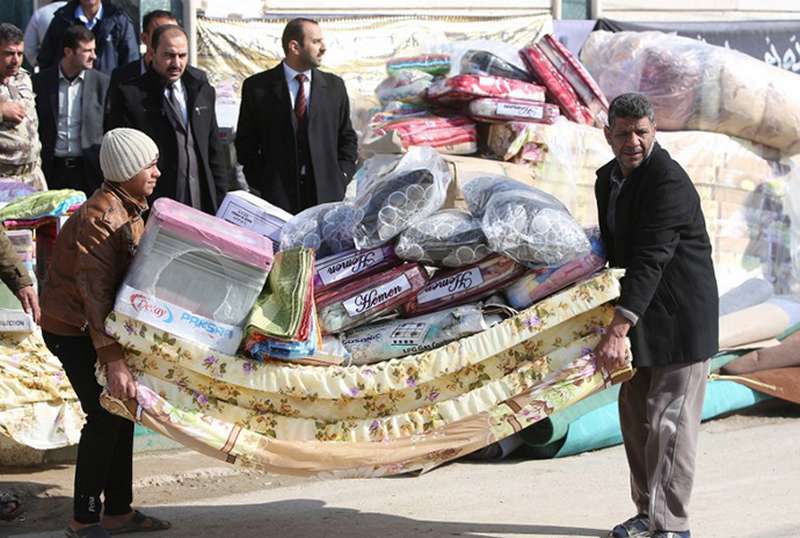 Since 22 December 2013, an operation led by Iraqi government forces is under way in the al-Anbar province, which, although initially under the pretext to combat terrorists hiding in the desert, quickly turned into a full scale military attack against residential areas with  heavy artillery, tanks and air force. Residential neighbourhoods came under shelling; hospitals and schools were damaged, over hundred civilians killed so far and even injured fired upon.

Symbolic for the atrocities committed by the army was a video published on several Iraqi satellite TVs on 22 January 2014, showing how al-Maliki forces drag the dead body of a young Tribesman by tying his leg to a military vehicle.

Until this day government forces are surrounding the cities in the province of al-Anbar, the biggest of them Ramadi, Fallujah, Karma and Khalidiya, cutting of all vital supplies. This happens under the pretext that these cities have been infiltrated by Al-Qaeda, although the citizens themselves have repeatedly and clearly refuted such claims. Countless people have already fled in fear of the government forces, who are known for their indiscriminate brutality against civilians. The international community must immediately call for a halt of this highly disproportionate use of force.

Since the end of 2012, many peaceful protests have been organized throughout Iraq against the sectarian policy and continuing human rights violations committed by Maliki’s forces, whose crackdowns against protests became increasingly draconian over the time. Mass campaigns of arbitrary arrests became the rule rather than the exception, execution rates rose to record levels, next to an alarmingly increasing number of target killings of opposition leaders. The official justification by the government for its excessive use of force was always “national security”, however very soon it became clear, that the government’s proclaimed “fight against terrorism” was mainly aimed against al Maliki’s opponents.

The opposition to the human rights violations committed by the al-Maliki Regime’s was especially strong in the Anbar province. In order to have an official justification to act against the uprisings al-Maliki thus declared protest camps as infiltrated by terrorists even if such claims never proved to be true. Despite the obvious groundlessness of the allegations the government continued to accuse those who criticise the regime of being terrorists. In December 2013, apparently as a show-off of power in view of his decreasing popularity ahead of the upcoming elections in April, Prime Minister Maliki then increased the already high level of pressure on the protestors.

During all the Iraqi PM al-Maliki publicly vowed to eliminate "all terrorist groups" and called to fight with all means. Several times he came out on TV inciting his followers with sectarian language to support him at all means in his fight against the inhabitants of the al-Anbar province. In view of the in discriminatory attacks by the al-Maliki forces and their well known brutality the residents of the city then founded a Council and decided that the city would defend itself against a possible attack. It is therefore important to understand that those residents who are presented as terrorists are defending themselves out of fear against Maliki’s forces and that they are ordinary citizens, in no way affiliated to any terrorist group.

Al Maliki’s official portrayal of terrorists brought him the immediate support from the USA as well as from Iran and Russia. Other voices however, such as a the senior EU lawmaker Struan Stevenson, a member of the European parliament who chairs the European Parliament’s Delegation for Relations with Iraq warned that “Iraq is plummeting rapidly towards civil war and genocide” . According to his estimation an onslaught against supposed Al Qaeda terrorists in 6 Iraqi Provinces is no more than a cover for the annihilation of those parties opposed to the increasingly sectarian policies of Prime Minister Nouri al-Maliki. Stevenson’s further warned that claims by al-Maliki were "utter nonsense". Still, he had convinced his allies that “he is fighting a war on terror and they are pouring in rockets, drones and other military hardware which Maliki is using to bomb and kill civilian targets" .

According the Iraqi Red Crescent, until 27 of January, 69 persons were killed in Fallujah, among them 31 women and 39 children. Another 413 were injured, among them 19 women and 44 children. Those victims are all from the civilian population; however it believed that these figures might be much higher, since there is limited access to many other places. The Iraqi Red Crescent added that so far at least 34.000 families had fled the city to other places. Here a video showing a whole family killed by a missile that hit a house in Fallujah in the night from January 23 to 24, 2014

UN statistics during the last week, so far more than 65,000 people have fled the conflict in the cities of Fallujah and Ramadi and more than 140,000 people have been made homeless. Several hospitals and schools have been damaged due to the heavy shelling and many families have been displaced again. Even an alleged attack with white phosphorous on civilian residences in Fallujah was reported on 23 Jan 2014. Credible testimonies from our contacts on the ground further indicated that many of the families who fled were attacked by al-Maliki forces again in their place of refuge.

The brutality against the civilian population by the al-Maliki forces is totally out of proportion and in contravention of notably article 3 of the Geneva Conventions, demanding for the case of armed conflict occurring in the territory of one of the High Contracting Parties that persons taking no active part in the hostilities, shall “in all circumstances be treated humanely”. 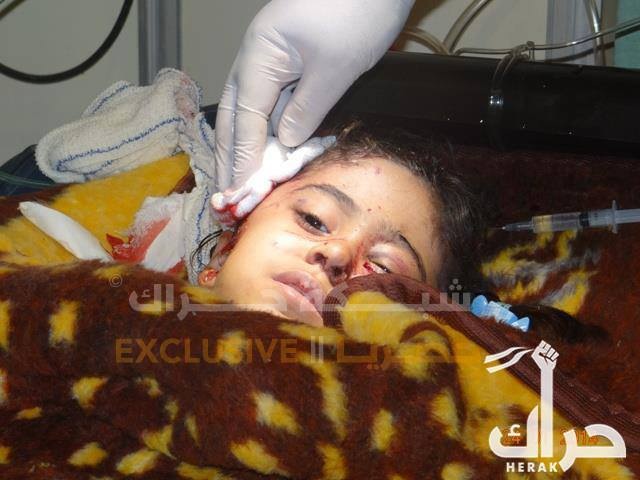 Picture: The only survivor of a family due to army shelling on Fallujah

The coalition urged the international community as a whole and the United Nations High Commissioner for Human Rights in particular to do everything in their power to stop the terrible escalation of the situation and end the unlawful killings of civilians, assure that an independent international committee be immediately be established to investigate the situation as well as all human rights violations committed by the Al Maliki forces. Finally the coalition urgently appealed to all UN member states to stop any shipment of arms to the al-Maliki government, which only directs these weapons against civilians.

Some of the victims of the latest attacks on Fallujah

The majority of the victims of the attacks on Fallujah, as the pictures and personal testimonies demonstrate, are women and children. These pictures are clear evidence revealing the false pretext of fighting terrorists. They furthermore demonstrate the government’s continuous ignorance of fundamental international rules and basic human rights standards.