Iraq: Thousands of Lives Hang in the Balance 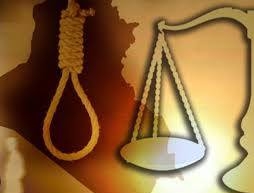 On 17 June 2015, Geneva International Centre for Justice sent an appeal to the United Nations High Commissioner for Human Rights and all the member states of the United Nations regarding changes to the Iraqi Criminal Proceedings. The amendment to the Iraqi Criminal Proceedings on June 16 will expedite the process of carrying out executions after the death penalty has been imposed. It will affect the thousands of prisoners currently on death row in Iraq and further violate international human rights standards. GICJ is especially concerned because the weak judicial system in Iraq and practices of torturing detainees so that their confessions can be used at trial means that this change to the law will certainly have a large impact on Iraqis.

The Iraqi Minister of Justice, Mr. Hayder Al-Zamili, announced on 16 June 2015 that “the Council of Ministers approved an amendment to the Iraqi Criminal Proceedings No.23 of 1971 which will expedite the implementation of the death penalty”.

Proceeding No.23 is an element of Iraqi law that ensures that the human rights of accused persons are observed throughout the criminal process, but the amendment will change that. It aims to speed up the implementation of executions by only granting 30 days for the president to ratify a death sentence. After that, the Minister of Justice can allow the execution to be carried out without the president’s approval. This is runs contrary to Article 73, para. 81 of the Iraqi Constitution.

GICJ notes that the amendment moves the Iraqi judicial system, which is already flawed and in dire need of reform, further away from any pretence of adhering to the rights guaranteed in various international treaties, to which Iraq is a state party. As it is, Iraq’s judicial system lacks independence and does not adhere to international standards. Former United Nations High Commissioner for Human Rights, Navi Pillay, said, “the criminal justice system in Iraq is still not functioning adequately, with numerous convictions based on confessions obtained under torture and ill-treatment, a weak judiciary and trial proceedings that fall short of international standards. The application of the death penalty in these circumstances is unconscionable, as any miscarriage of justice as a result of capital punishment cannot be undone.” 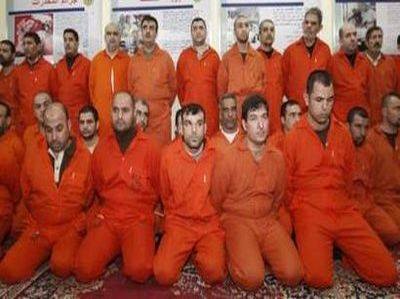 The government has also been criticized on other occasions by a wide array of countries and individuals concerning its continued insistence on the use of the death penalty, which will no doubt be worsened by the new amendment to Proceeding No. 23. At Iraq’s last Universal Periodic Review in November 2014, 21 states and many NGOs called for the government to enact a moratorium on the death penalty.

The number of executions, which GICJ believes will be increased by the amendment to Proceeding No.23, stands in defiance to numerous calls by the international community for Iraq to establish a moratorium on death penalty cases. While the exact number of prisoners awaiting execution is unknown because the execution of ‘secret prisoners’ is commonplace, our sources in Iraq indicate that there are more than 7000 persons on death row. Iraq is placed among the top three executioner-states in the world.

As established by the findings of GICJ and many other NGOs, the majority of death sentences are given under the pretext of fighting terrorism, which is provided for in para. 1, Article 4 of the Anti-Terrorism Law No. 13 of 2005. Authorities use this law to arrest, detain and sentence hundreds of individuals while denying the right adequate counsel, the right to a fair trial, and the right to be deemed innocent until proven guilty, as guaranteed in Articles 9, 10 and 11 of the Universal Declaration of Human Rights. Our sources have indicated that detainees are routinely tortured and the confessions extracted from such sessions are later used in trial proceedings. The law legalized capital punishment for a wide range of acts deemed to be related to terrorism, meaning a person can be sentenced to death under up to 48 charges.  Though the government claims that those executed under this law are terrorists who threaten national security, the reality is that use of the law is often politically motivated or to target Iraqis based on their sect.

Unfortunately, the Government of Iraq continues to operate with total disregard for international law and its obligations under various treaties. The fight against terrorism is continually used to hide the human rights abuses perpetrated, though it should be noted that the Articles 9 – 11 of the UDHR apply to everyone regardless of their crimes. GICJ expects that the amendment, which will provide cover for further violations of human rights and advance sectarian interests, will be defended under the same pretext. 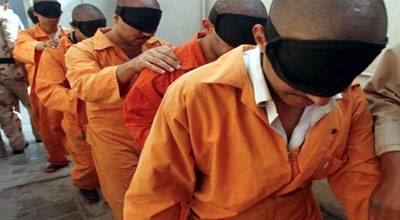 The fight against terrorism must remain within the framework of international law and human rights standards as was reaffirmed in the 2003 Security Council Resolution 1456. The amendment to the Iraqi Criminal Proceeding No. 23 of 1971 threatens this affirmation and must be challenged.

GICJ has previously brought the broader issue of the death penalty in Iraq to the attention of the general public and various UN bodies and actors. We have sent urgent appeals to the UN High Commissioner for Human Rights and covered the issue in numerous press releases. As we have been doing for years, we would like to call for the appointment of a UN Special Rapporteur on Iraq to investigate all the violations of international human rights laws that have occurred in Iraq.

To read this press release in French language, please click on the following link: