One more time executions in Iraq have broken all records. According to official statements given by the Iraqi Minister of Justice al-Shammari, 37 people were hanged between the 19 and 23 January 2014. Other credible sources mention at least another 12 secret executions that have additionally been carried out. This would bring the total number of prisoners put to death to 49. In his statement al-Shammari pretended that all executed had been terrorists who had been “tried and convicted and their sentences had been approved by the presidency”.

In view of a such dramatic rise and knowing about the the utter deficiency of the Iraqi judicial system GICJ continued to follow up on this pressing issue by sending information and urgent appeals to the UN bodies, including the UN Special Rapporteur on extrajudicial executions. In its letters, GICJ explained one more time that the Iraqi Anti-Terrorism Law No. 13, which commonly serves as legal ground for death sentences, has frequently been criticized for its provision of capital punishment for a wide range of offences that cannot be considered as “most serious crimes” and for its misuse against critics of the regime. GICJ further explained that the Iraqi judicial system largely depends on confessions, often produced by force and/ or based on the testimonies of secret informants and anonymous denunciations. 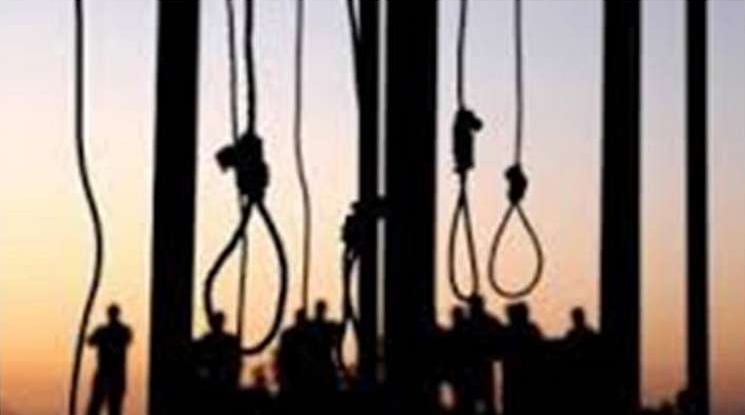 Death sentences carried out under such circumstances must be considered arbitrary, GICJ insited, pointing out that executions in Iraq have been frequently condemned in strongest terms by the UN bodies including the High Commissioner for Human Rights, Navi Pillay herself. It was thus only one more slap into the face of the international community when the Iraqi Minister of Justice in his statement stretched that his ministry would “continue to carry out sentences against those who have been condemned, despite all persistent international calls for Iraq to declare a moratorium on its use of capital punishment.

What is particularly alarming about the latest executions, GICJ warned, is that even on request by the Human Rights Committee of the Iraqi House of Representatives (Parliament) no proofs were given of the alleged crimes and that most of the executed were only convicted in 2013, which one more time proves that announcements by the Iraqi government that it would continue executions at any cost are no empty rhetoric. Consistently, in a press conference given on 22 January 2014, the Iraqi Minister of Justice again reaffirmed the government’s determination continue its capital punishment policy without any compromises.

In the official data published on 21 January 2014 the names of those people executed did not appear, except for their abbreviations. It was however explicitly mentioned that “terrorist” Adel Mashhadani had been among the executed, for allegedly being “guilty of inciting uprisings in areas of conflict and sectarianism”. Mashdahani had been the local chief of a tribal militia, which had been trained and financed by the US and Iraq to battle al-Qaeda fighters. His arrest in 2009 was highly disputed . Untilthis day he is considered a hero by many.

In addition to the official data on the website of the Iraqi Ministry of Justice, GICJ has received the information from the ground that Amer Faris Nasrat was among the executed during the latest wave. According to the judgment, he was accused of having deposited an explosive device which injured six policemen in a car. His family however stands firm against these accusations. Here one of the latest pictures of Amer Faris Nasrat, who was Number 9 on the official list.

On behalf of those far over thousand still languishing on death row in Iraq, GICJ urged the UN to do undertake immediate action and pressure the Iraqi government to comply with the international rule of law and immediately halt all executions unless a fair trial before an independent and impartial jury can be guaranteed. GICJ further requested that an immediate, independent investigation of current and past executions carried out in Iraq must take place, and the human rights compliance of the 2005 Anti-Terrorism Law examined. Finally GICJ urged the Special Rapporteur on extrajudicial executions to request a country visit to Iraq as soon as possible and include the topic of Iraq into his further reports.

Read the article in French

Daniela Dönges from GICJ in interview with Salam Musafer from Russia Today speaking about the executions in Iraq and explaining that the increasingly high number since 2003 is a topic of great concern to GICJ, notably in view of the total absence of fair trial standards in Iraq.