Last Monday 10 January 2022, coinciding with the 20th anniversary of the opening of the Guantánamo Bay detention facility in Cuba, a group of independent human rights experts appointed by the UN Human Rights Council, condemned the continued operation of the prison, and urged the United States to close the site and return detainees home or to safe third countries.

Since January 11, 2002, the Guantánamo Bay detention camp has been used to house Muslim militants and suspected terrorists captured by U.S. forces in Afghanistan, Iraq, and elsewhere after the September 11, 2001, attacks.

The facility became  a  source  of controversy and international  outcry  as hundreds of prisoners from several countries (780 at its peak) were held at the camp without charge and without the legal means to challenge their detentions. Former U.S. president George W. Bush stated during his mandate that the US was not obliged to grant basic constitutional protection to the prisoners, since the base was outside American territory. Additionally, the argument used to justify the treatment received by the prisoners was that the United States did not require to observe the Geneva Conventions regarding the treatment of prisoners of war and civilians during wartime, as the conventions did not apply to “unlawful enemy combatants”. 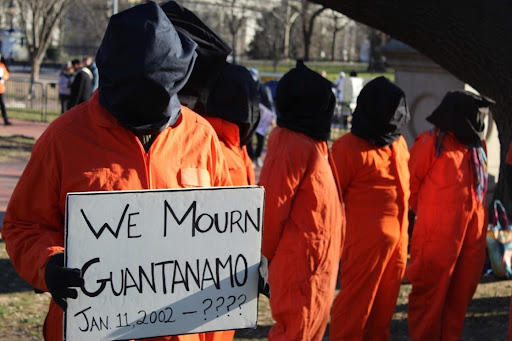 In 2006, the U.S. Supreme Court itself declared that the system of military commissions that was to be used to try selected prisoners held at Guantánamo was in violation of the Geneva Conventions and the Uniform Code of Military Justice. However, only nine of the 39 detainees still held at Guantánamo have been charged, or convicted of crimes. Between 2002 and 2021, nine detainees died in custody, two allegedly from natural causes, and seven reportedly committed suicide. Many organizations, governments and individuals have raised their voices on the accusations concerning the systematic use of torture, and other cruel, inhuman ordegrading treatment against the hundreds of men brought to the site and deprived of their most fundamental rights. The group of independent human rights recently offering declarations on this regard affirmed that the detention facility was a site of “unparalleled notoriety” and “a stain on the U.S. Government’s commitment to the rule of law”. Furthermore, they described the U.S. camp as a symbol of a systematic lack of accountability for state-sponsored torture, ill treatment, and impunity granted to those responsible.

Geneva International Centre for Justice demands the closing of the detention facility at Guantánamo Bay, as it is not only incompatible with the U.S.’ obligations under international law but also with universal human rights. GICJ condemns the arbitrary and horrendous act of violence, torture and cruel treatment commited against the prisoners and calls for the right of those individuals to receive a fair and public hearing by competent, independent and impartial civilian court previously established by law. The Military Commissions set by the United States Government violates the requirements of impartiality, independence and non- discrimination and should never have been used in the manner in which they have been deployed at Guantánamo over the last 20 years.