Over the last few years, violence against women has become one of the most common cases that Greek police faces. Local medical and non-governmental organizations (NGOs) have unanimously characterized 2021 as a deadly year. Violence against women and girls has never been so publicly discussed in Greek society, declaring so openly the deeply entrenched patriarchal views that are slowly changing in the country.

Back in 2018, the Greek government ratified the Istanbul Convention, aiming to tackle violence against women and combat domestic violence. Simultaneously, it adapted the Greek law accordingly and brought in amendments to reduce the incidents of women’s violence. Despite all these strides forward, Greek women are still at a disadvantaged position, since the incidents recorded against them have escalated, peaking in 2021 during the pandemic period. 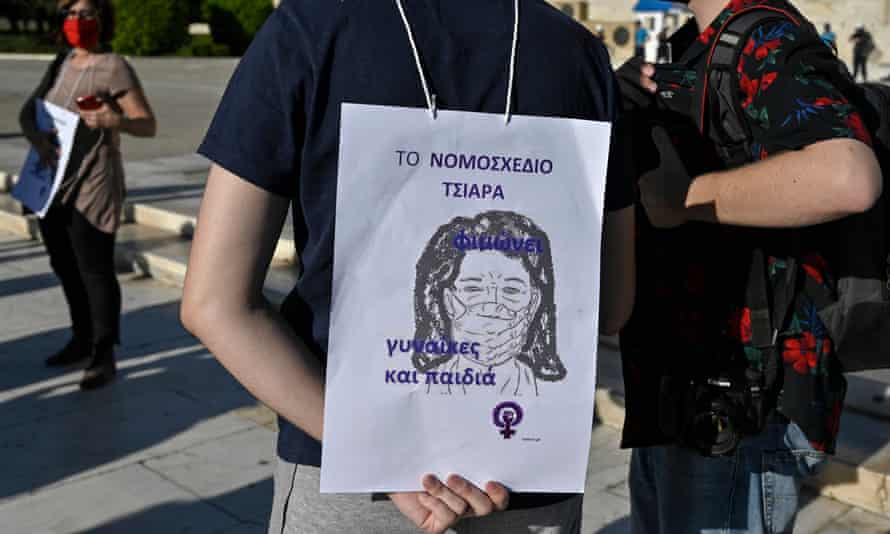 In 2020, shocking unparalleled allegations concerning the sexual abuse of women in the arts and sports industries were revealed. Furthermore, police recorded a soaring number of calls (rise of 230%) for domestic violence with some ending in femicides, committed mostly by intimate partners. Femicides, as they are labelled, were committed after the ease of Covid lockdown measures and at least one was perpetrated each month at the beginning of 2021, demonstrating the pervasive patriarchy in Greek society. Due to this, homes became places of torture for more than 15 girls and women.

Police and victim support lines accepted calls for separated cases of violence against women that related to rapes, sexual harassment, cyber violence, and other forms of violence and discrimination. Nevertheless, many of the cases that were perpetrated and continue to occur throughout Greece remain secret and unrecorded.

The Extra-parliamentary Undersecretary of Labour and Social Affairs, responsible for Demographic and Family Policy and Gender Equality, stated:

«So often women have been scared to speak. It was such a taboo and they remained silent»

Furthermore, the World Economic Forum (WEF) and the European Institute for Gender Equality (EIGE), rank Greece last for gender equality compared to other European countries in 2020 and 2021. According to this, Greece holds the largest gap of unequal treatment between women and men in Europe. Additionally, in 2021, men continued to occupy positions of power, verifying retrogressive beliefs between genders.

As the United Nations Human Rights Council declares, even with the policy framework being in place, Greece is failing to bridge the inequalities between genders because of poor implementation of legislation, the persistence of discrimination and the long-term impacts of the financial crisis.

Geneva International Centre for Justice (GICJ) shares its apprehension towards the violation of women’s rights in Greece and urges the Greek Government to take the necessary measures to resolve this problem. GICJ finds the tightening of the Penal Code, as far as the commission of heinous crimes against women is concerned, deeply troubling. Vigilance and prompt response are requested by the judicial authorities in Greece, to combat this phenomena with consistency. GICJ recognises every form of violence against women and girls as a serious violation and a manifestation of old tropes and thoughts relating to gender inequality.