The 29th of April marks a Day of Remembrance for all Victims of Chemical Warfare. On this day, in 1997, the Chemical Weapons convention entered into force. Already in 1933, the convention opened for signature in Paris and was signed by 130 countries within the first two days. On 29 April 1997 the convention was deposited with the Secretary-General of the United Nations in New York and is now regulated and enforced by the Organisation of the Prohibition of Chemical Weapons. To date, 192 States are parties to the convention, with the exception of Israel – which has signed in 1993 but never ratified – North Korea, South Sudan and Egypt.

The use of chemical weapons as means of warfare has provoked horrific damages and widespread destruction among civilian populations and military units, and has irreparably affected the environment where such arms have been employed. It is therefore the aim of this convention to achieve general and complete disarmament under strict and effective international control, including the prohibition and elimination of all types of weapons of mass destruction. The preamble orders that the States Parties are determined, for the sake of all mankind, to completely exclude the possibility of the use of chemical weapons. The thorough implementation of the CWC has led to the verified destruction of around 95 percent of declared chemical weapon stockpiles – thus making the Convention one of the most successful disarmament treaties. 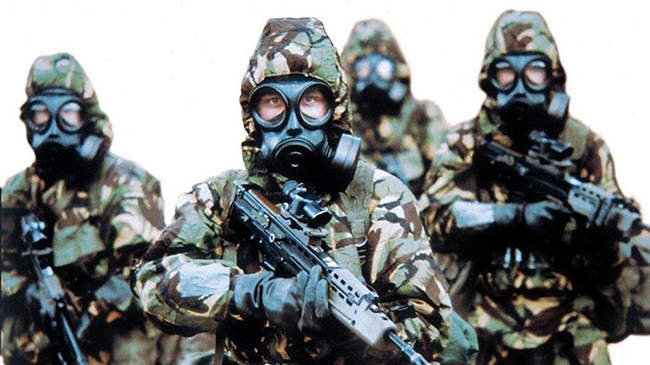 Within article VIII of the convention, the States Parties established the Organisation for the Prohibition of Chemical Weapons (OPCW). The main goal of this organisation is to implement the provisions of the Chemical Weapons Convention, and to provide a forum for consultation and cooperation among States Parties.1 In 2005, the OPCW dedicated the 29th of April as an annual Day of Remembrance for all Victims of Chemical warfare.2 This day is meant to honour the victims of chemical warfare; it also reaffirms the commitment of the OPCW to the elimination of the threat of chemical weapons, thereby promoting the goals of peace, security and multilateralism.3

The Chemical Weapons Convention is one of the most universally ratified multilateral treaties, with 192 cooperating States Parties. However, States and armed groups continue to use chemical weapons at alarming rates; the ongoing civil war in Syria has regularly made headlines for chemical attacks on civilians. 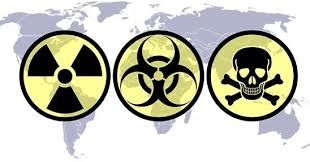 Chemical weapons consist of toxic components otherwise known as “chemical agents”, which can be divided into several categories, such as; blister, blood, nerve, and mustard agents.4 The effects of exposure to a chemical agent depend on the amount of exposure and the type of agent. In Syria specifically, chlorine gas and sarin are the most commonly used toxins. Chlorine is primarily a pulmonary (choking) agent as it attacks the respiratory system, eyes and skin. Once inhaled, chlorine gas turns into hydrochloric acid, promoting fluid build-up in the lungs and potentially resulting in suffocation. Even though chlorine is less deadly than nerve agents, such as sarin, it still lethal. Sarin is a nerve agent that disrupts the transmission of nerve signals throughout the body. Direct exposure to sarin causes constriction of pupils, seizures, muscle paralysis and death through asphyxiation.5 Another dangerous aspect of gas agents is the fact that they are often denser than air. Civilians tend to seek shelter below the ground in the event of conventional weapon attacks. Because the chemical gasses sink to the lowest space available, these types of shelters quickly become death traps.6

On the day of remembrance for all victims of chemical warfare, Geneva International Centre for Justice (GICJ) honours victims of chemical warfare around the world. We urge all parties in any conflict to abstain from the use of chemical weapons, and we urge the United Nations to take swift and effective actions against any group that uses chemical weapons. States Parties should respect their own commitments and effectively dismantle their chemical stockpiles. Events such as those occurring in Syria in this very moment remind us that the threat of chemical weapons has not been entirely removed. On the contrary, the continuous developments in the field of chemistry and science, and the proliferation of threats posed by both states and non-state actors urge us to reiterate and reinforce the relevance of the Chemical Weapons Convention. 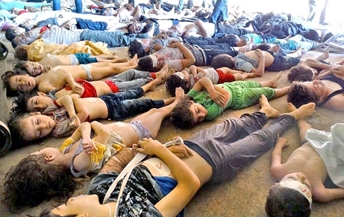 3. Day of Remembrance for all Victims of Chemical Warfare, available at www.un.org/en/events/chemwarfareday/

5. A. Taylor, Chlorine, sarin or something else? The big questions in the alleged Syrian chemical weapons attack, available at www.washingtonpost.com/news/worldviews/wp/2018/04/11/chlorine-sarin-or-something-else-the-big-questions-in-alleged-syrian-chemical-weapons-attack/?utm_term=.05d081e5de88