On 26 January 2018, the General Assembly adopted resolution A/72/L.31 which dubbed 7 April the International Day of Reflection on the 1994 Genocide against the Tutsi in Rwanda. This day aims at commemoration of the genocide and to ‘mobilize civil society for Rwanda genocide victim remembrance and education in order to help prevent future acts of genocide’. The day not only aims at commemorating the Tutsi victims of the Genocide, but also honours the Hutu and other opposers of the Genocide who were killed.

In April 1994, mass violence was triggered after the plane of President Juvenal Habyarimana was shot down. Decades of ethnic and political tensions between the Hutu and the Tutsi groups in Rwanda escalated into full-fledged genocide. What began as indiscriminate violence by Hutu militias towards Tutsi civilians, quickly escalated into a national campaign to exterminate the Tutsi population resulting in genocide. Hutu civilians were encouraged to attack and murder Tutsi through Hutu propaganda and hate speech. By the time the Tutsi-led Rwandese Patriotic Front (RPF) gained control of the country in the first days of July, hundreds of thousands Tutsi’s had been killed and millions had been displaced to Rwandan neighbouring countries Burundi, Uganda and the Democratic Republic of the Congo. 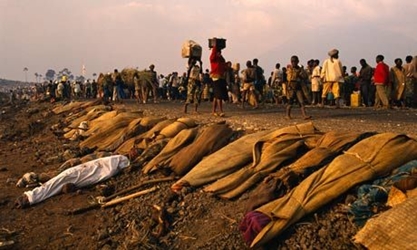 In his speech during the 23rd commemoration of the Rwandan Genocide, Secretary-General Antonio Guterres said the following:

‘The only way to truly honour the memory of those who were killed in Rwanda is to ensure that such events never occur again.’

The world, however, is now facing similar challenges as it did in 1994. The Rohingya in Myanmar are facing structural ethnic cleansing and genocide, yet the world stands by while people are dying at the hands of others. GICJ encourages the international community on the International Day of Reflection on the Genocide against the Tutsi in Rwanda to learn from the lessons of the past. We said Never Again, yet genocide is taking place without any intervention. 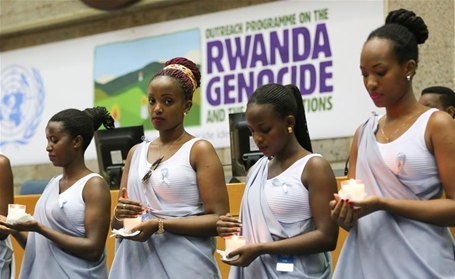