8 March marks the International Women’s Day, which is “a time to reflect on progress made, to call for change and to celebrate acts of courage and determination by ordinary women who have played an extraordinary role in the histories of their countries and communities”1.

The Universal Declaration of Human Rights, whose 70 anniversary is celebrated this year, states in article 2 that both men and women are entitled to the enjoyment of all human rights that are present in this document, without any distinction. However, today, women are still facing the denial of some of the most basic human rights, such as the right to education, and different forms of discrimination and violations, such as child marriage.

GICJ wants to celebrate this day by drawing attention to the fact that women are still facing pervasive human rights violations in different parts of the world. Furthermore, women play an extremely important role in multiple spheres of our societies. They are not only central for family life but they are equally vital actors to achieve successful social and economic development in their communities and countries. Increased empowerment of women is thus not only in women’s best interest but equally in that of their societies.

The celebrations of Women’s Day in different parts of the world were born at the beginning of the 20th century in the context of the social movements that took place around North America and Europe. More precisely, the first National Women’s Day was celebrated on the 28 of February 1909 in the United States and from that moment on, until 1913, this day has been celebrated every last Sunday of February.

Women within the UN mechanism 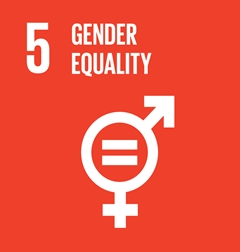 Over the years, several other UN instruments have been created to improve women’s rights, among others the Convention on the Elimination of All Forms of Racial Discrimination against Women, the creation of the mandate of the Special Rapporteur on violence against women and the Committee on the Elimination of Discrimination against Women (CEDAW). The creation of all these different mechanisms and instruments shows us the persistent need to act to finally achieve gender equality and respect of all women’s rights.

Women are equally present in the Sustainable Development Goals, more precisely, the fifth goal aim to achieve gender equality by 2030.

Each year, the United Nations designate a specific theme that will be celebrated during the International Women’s Day. Last year, in 2017, the theme was “Women in the Changing World of Work: Planet 50-50 by 2030”. This year’s theme is “Time is Now: Rural and urban activists transforming women’s lives”, which seeks to empower women from all different parts of the world and equally celebrate all activists who are fighting for women’s rights. This choice follows the “(…) unprecedented global movement for women’s rights, equality and justice”6 which are growing all around the world, such as the #MeToo campaign. Another aspect to which this day will draw attention is rural women’s rights. According to the UN, this category of the population constitutes more than 25% of the entire global population and composes a large part of the 43% of women who participate in the total agricultural workforce7.

GICJ has already had the chance to highlight the importance to empower rural women on the occasion of the International Day of Rural Women, which took place on 15 October. On that day, GICJ shed light on some of the difficulties that rural women face every day, such as difficulty in obtaining and maintaining control of their land rights. Rural women participate remarkably in the total food production, and they can and are playing a key role in the fight to try to ensure food security for all people, which is a constant and increasing global issue. Nevertheless, they are among the most vulnerable to food insecurity today. Furthermore, rural women are still exposed to striking gender inequalities that result in the restriction of their ability to participate in their countries’ development.

The protection of women’s rights is a global problem

All around the world women are facing difficulties in having their rights respected. In armed conflict situations women are among the most vulnerable of the population and are exposed to a high risk of becoming victims of human rights violations. In this context, they can be confronted with numerous human rights violations and gender based violence, inter alia, indiscriminate killing, sexual harassment, denial of the right to education, and to access to healthcare.

Women living in areas of armed conflict are not the only women whose human rights are violated and whose fundamental rights we must fight for. In fact, even in developed countries people are still striving for complete gender equality, for example by reducing the gender wage gap which is still a very extensive phenomenon. In the last couple of months, all around the world we have seen the increase in movements that call for gender equality, such as the already mentioned #MeToo campaign, which allow the entire world to be aware of the wide extent of sexual harassment in our societies. Indeed, what is important about these movements is that, thanks to their large-scale deployment, they allow more people to acknowledge the extent of several discriminations that women are continuously facing and could encourage those affected to talk about their experience and to report violations.

In the light of the many violations and discriminations to which women all around the world are still exposed every day, GICJ urges all relevant actors to enhance their efforts to empower women and to halt the aggravated human rights violations women are constantly facing. We should all encourage activists and ordinary persons to continue to report and condemn all violations and discriminations. Speaking out and raising awareness on the issue is an important and crucial step in the fight to attain gender equality all around the world. At the same time, GICJ urges all States to ensure that their legislations support and help achieve the total equality between men and women in all spheres of public life. Furthermore, the international community should enhance its efforts and measures that aim to protect women living in armed conflicts and humanitarian crisis who are particularly vulnerable to several forms of human rights violations.

3. UN WOMEN – Commission on the Status of Women, http://www.unwomen.org/en/csw