We must be vigilant and courageous toward racist incitement, derogatory language, negative stereotyping, and violence against individuals and communities

The United Nations General Assembly adopted resolution A/RES/60/7 by consensus, condemning “without reserve” all manifestations of religious intolerance, incitement, harassment or violence against persons or communities based on ethnic origin or religious belief, whenever they occur. The resolution designated 27 January, the date that marks the liberation of the Auschwitz death camp, as annual International Day of Commemoration in memory of the victims of the Holocaust, and urged Member States to develop educational programs to preserve the memory of the horrors of the Holocaust for future generations to prevent reoccurrence of genocide. 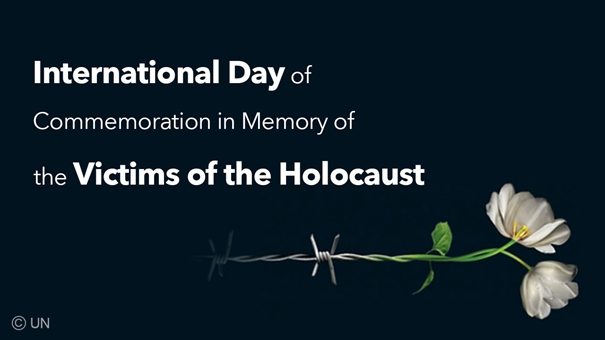 The UN Secretary-General was requested to create and outreach program on the “Holocaust and the United Nations”, as well as introduce measures for the mobilization of civil society for Holocaust remembrance and education, in an effort to contribute to the prevention of future acts of genocide.

The Holocaust constitutes a turning point in history, on the basis of which the international community made its vow of “never again”. Resolution A/RES/60/7 is significant precisely because it calls for the remembrance of past atrocity crimes with an eye towards preventing them in the future. Yet, we are gravely concerned that even when the most atrocious of crimes against humanity occur before the eyes of the international community, their prevention takes a backseat behind geopolitical and other interests that are at stake. 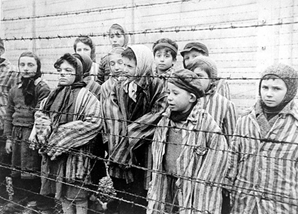 The Holocaust, also known as the Shoah, was the genocide executed during World War II in which Adolf Hitler’s Nazi Germany, aided by its collaborators, systematically murdered around six million European Jews, about two-thirds of the Jewish population of Europe. This extermination was carried out by Germany as part of a larger genocidal campaign, culminating in the period from 1941 to 1945, that entailed the persecution and murder of other groups, including Roma, mentally or physically disabled persons, homosexuals, political opponents, black people, ethnic Poles and other Slavic groups, Soviet citizens and prisoners of war, and Jehovah’s Witnesses. 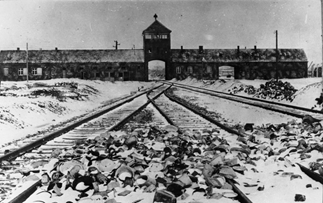 Under the coordination of the SS and with directions from the highest leadership of the Nazi Party, mass murders were committed across Germany and German-occupied Europe, as well as throughout all territories controlled by the Axis powers. The persecution of Jewish Europeans can be divided into several stages: Following Hitler’s seizure of power in 1933, the government adopted laws, notably the Nuremberg Laws (1935), providing for the exclusion of Jews from civil society. Immediately after the rise to power, the Nazis established a vast number of concentration camps in Germany for people deemed “undesirable” and political opponents. 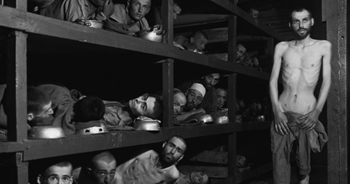 Pursuant to the 1939 invasion of Poland, the Nazi regime erected more than 42,000 segregated ghettos, camps and other detention sites for Jews. From 1941 onward, following Germany’s seizure of territories in the East, the regime escalated its murderous campaign. The deportation of Jews culminated in the policy of extermination, termed the “Final Solution to the Jewish Question” by the Nazis. Around two million Jews were murdered in mass executions by paramilitary units within less than a year. Soon, victims were deported from the ghettos in sealed freight trains to extermination camps. Those who had survived the journey were murdered in gas chambers. The genocide was carried on until the end of World War II.

27 January 1945 marks the day when the last survivors among the countless prisoners of the Auschwitz concentration camp were liberated by the Allied forces. The unimaginable atrocities committed during the Holocaust could only begin to be grasped. 73 years have since passed.

Although the experience of the Holocaust gave rise to the irrefutable principle that human dignity is inviolable, grave violations against the dignity of people are committed in our midst daily. Therefore, it is incumbent upon us to affirm that the lessons of the past must be applied to all people who, on the basis of their ethnicity, religion, origin, their political or other opinion, are being marginalized, persecuted and murdered and whose fundamental rights are curtailed. We testify to their human dignity, which is infringed upon by unjust laws and practices.

Gruesome waves of atrocity crimes continue to blaze trails of human misery and cruelty as the international community is standing by and watching. Until today, power politics, political expediency and voracious self-interest of Member States often block effective action – with countless innocent people paying with their lives.

Human dignity is inviolable. Without this principle, coexistence is inconceivable – be it in our family homes, communities, the state or the international sphere. Therefore, it is our duty to demand that this principle be upheld and filled with life. Building upon the encounter with history, the memory of the past must become a benchmark and an orientation for action.

When, on the basis of ethnic or national origin or religious belief of a targeted group, land and property are stolen, families are forced to leave their homes, cultural heritage is vilified, and children, women and men have to fear for their lives – we must utilize our memory to prevent atrocity crimes. Memory cannot be erased and the principles that were born from it cannot be burnt.

We must be vigilant and courageous to ward off racist incitement, derogatory language and negative stereotyping; as well as hostile acts and violence against individuals and communities on the basis of their religious beliefs and their ethnic or national origin. We must fight racist, anti-Semitic, and Islamophobic thoughts, words and deeds. Memory must sensitize us to discern atrocity crimes wherever they are committed.

Today, we need to recognize that the pledge of “never again” must be renewed in all vehemence and must be a principle that overrides those powers, be they state or non-state actors, that are directly or indirectly involved in atrocity crimes and violations of human rights and dignity. We need to work concertedly towards protecting individuals and groups from heinous human rights violations and uphold our common humanity.

Preventing genocide and other atrocity crimes is an ongoing process that necessitates tireless efforts to build societies upon the foundations of the rule of law and human rights for all. Their pillars are equality and non-discrimination, legitimate and accountable national institutions, and the development of a strong and pluralistic civil society, among others.

While the primary obligation to prevent atrocity crimes lies with individual States, the international community has the responsibility to act to prevent genocide wherever it occurs if the State in question is unable or unwilling to fulfill its international obligations. We appeal to those States that have hitherto prioritized immediate economic, military, and political interests over human rights and have therefore been complicit in committed atrocity crimes. We need to stand up together to end genocide where it occurs – not only for the sake of the millions of victims having perished and the countless innocent persons that continue to endure unimaginable suffering, but also for the sake of our common humanity.