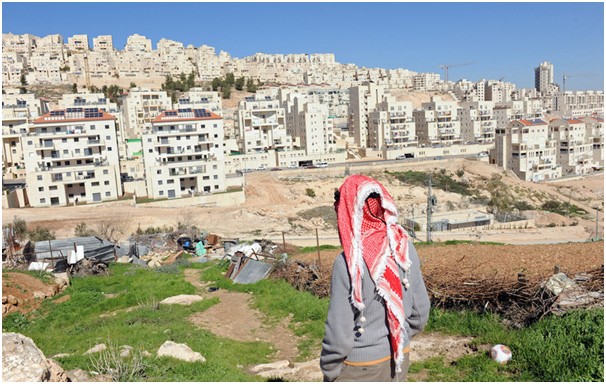 “The establishment of Israeli civilian settlements in the West Bank is not per se inconsistent with international law.” This sentence has been pronounced by US Secretary of State Michael R. Pompeo on 18 November 2019. One of the arguments he raised in his speech to support this assertion was that “calling the establishment of civilian settlements inconsistent with international law hasn’t worked. It hasn’t advanced the cause of peace.”[1]

First, Israeli settlements in the West Bank constitute illegal occupation and annexation of land. The transfer of population to an occupied country, as is the case of transferring Israeli citizens to settlements build on Palestinian lands, is prohibited under international and humanitarian law as stated in article 49 of the 1949 Fourth Geneva Convention. Moreover, under article 8.2 of the 1998 International Criminal Court Statute “’war crimes’ means: … The transfer, directly or indirectly, by the Occupying Power of parts of its own civilian population into the territory it occupies, or the deportation or transfer of all or parts of the population of the occupied territory within or outside this territory.”[2] Therefore, we would correct this sentence by saying that “The establishment of Israeli civilian settlements in the West Bank is … per se inconsistent with international law.”

This is the longstanding position of the European Union and the United Nations, that has been expressed through statements and resolutions – the latest one being Resolution 2334 of 2016 – and by the International Court of Justice’s advisory opinion on the Legal Consequences of the Construction of a Wall in the Occupied Palestinian Territory, which asserted that Israel must respect its obligation under international law and that other States have an obligation not to recognise the illegal situation resulting from the construction of a wall in the OPT. To consolidate and sustain this position, the European Union (EU) External Action chief Federica Mogherini issued a statement reaffirming the strong position of the EU regarding the illegality of the Israeli settlements in the OPT[3]; and so did the spokesperson for the UN High Commissioner for Human Rights Rupert Colville. He said that “As part of the UN Secretariat, we continue to follow the longstanding position of the United Nations that the Israeli settlements are in breach of international law. A change in the policy position of one State does not modify existing international law, nor its interpretation by the International Court of Justice and the Security Council.”[4]

Second, regarding the argument raised by Mr. Pompeo, the respect of international law in denouncing illegal actions is not why peace has not been reached. On the contrary, if Israel respected international law the situation that exists now in the Occupied Palestinian Territories (OPT) would be resolved long ago. We acknowledge that a peaceful and negotiated solution is the way forward, and this can only take place alongside with the respect of international, humanitarian and human rights law. Recognising that Israeli settlements in the OPT are illegal under international law is a first step towards the recognition of Palestinian’s rights and the recovery of their rights and lands.

GICJ has been referring to the illegal Israeli settlements in the OPT, in particular with reference to the existence of business build in these settlements and providing services to Israeli citizens while discriminating against Palestinians and infringing upon their rights. Plus, we documented the many demolitions that keep taking place in the OPT, in the aim of having more space for the development in Israeli settlements. For more information, see our reports to the CESCR and CERD.

GICJ calls on all States to abide by international law and work toward its strengthening. The UN Member States should avoid making declarations that go against the rule of law, the respect of international law, and the UN Charter.

Click here to read our report on Israeli settlements in the OPT through “A Legal Analysis in the light of International Human Rights Law”.