Iraq: Towards Another Humanitarian Catastrophe 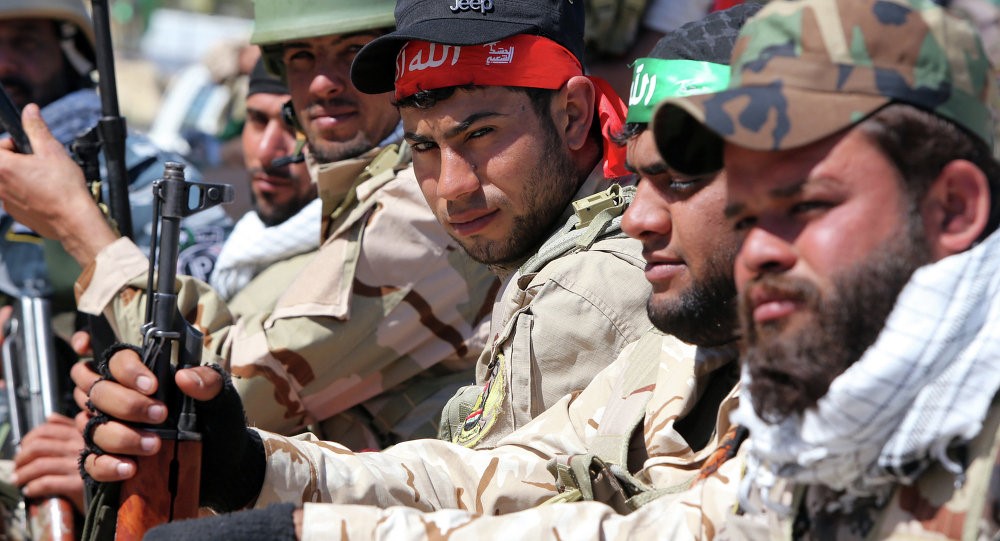 In particular, we reported to the High Commissioner the recent events occurred in Rahhaliyah (southern Anbar), on Wednesday 16 November, when militias coming from the province of Karbala abducted 13 civilians.

The abduction of 13 persons in Rahhaliyah was seemingly in revenge of an attack by five ISIS suicide bombers in the town of Ain al-Tamur a couple of days earlier. The suicide bombers blew themselves up killing 6 civilians and injuring 6 more.

The reason behind the kidnapping was that militias in fact accused Rahhaliyah’s residents of having facilitated the entry of ISIS into the town. It was reported that armed groups coming from Ain al-Tamur (Karbala governorate) were carrying banners and placards on their vehicles marked with sectarian slogans when they entered into Rahhaliyah.

It is unsure if these elements belonged to the militia of Abu al Fadl al Abbas, Hezbollah, Brigades of Imam Ali or Asaib Ahl al-Haq (which all fall under the umbrella organization known as Al-Hashd al-Sha’abi, loyal to government of Baghdad). In any case, additionally to the kidnapping, they also raided dozens of homes in Rahhaliyah.

Residents of this city are often harassed by militias that come from time to time. Such violations involve practices of arbitrary arrests, including of some of his sons, who were taken to an unknown destination towards Karbala.

While in Mosul and surroundings

On the other side of Iraq, violations against civilians at the hands of the Iraqi security forces and their affiliated paramilitary militias continue unabated.

GICJ is receiving daily testimonies and videos of the abominable violations committed by militias. The footages document the execution and torture of civilians as well as other barbaric practices committed by the government forces. These include the recent video of a boy crushed by a tank, which caused the world’s dismay and outrage, and was reported by GICJ to the Office of the High Commissioner for Human Right on 16 November. Among the numerous videos who sees militias wearing official uniforms as absolute protagonist of appalling aggressions, there is one showing the killing of the imam and preacher of the mosque of Shurqat city.

Beside that, the security forces and militias have destroyed, looted and burned down public and private properties in about 80 villages in the surroundings of Mosul, regardless of the fact that Islamic State members are in the center of the city.

GICJ highlighted to the High Commissioner how episodes as such are a recurring feature during each and every military operation of the Iraqi government against ISIS. This is in spite of all the promises of Prime Minister Haider al Abadi to avoid the atrocities committed in previous occasions (Amerli, Tikrit, Ramadi and Fallujah, to name some) from happening in Mosul and its surroundings too.

In these circumstances, it is relevant to mention the recent developments in Tal Afar. Contrarily to the promises of the Prime Minister Al Abadi on 2 November that militias would not enter the city, Al-Hashd al-Sha’abi, and particularly the Badr Organization, Asaib Ahl al-Haq, Kataib Hezbollah and the Brigades of Imam Ali, are rapidly advancing towards the centre. While committing violations of all sorts, including abductions of civilians and extrajudicial killings as they move forward in the neighbouring villages, the militias are also shelling Tal Afar indiscriminately. The most affected areas so far are the districts of Khadrà, Al Jazeera and Al Malayen. At the same time, ISIS is preventing the residents of Tal Afar from leaving. GICJ received credible information from sources on ground reporting that ISIS has already killed about 150 persons who attempted to flee.

The dramatic situation of IDPs

The over month-long offensive on Mosul is generating thousands of IDPs who are quite literally left to their own devices as the government did not prepare sufficient shelter to house the predictably huge flow of refugees. We have received images of women and children sleeping in the open-air desert, without access to the basic means of survival and under extreme weather conditions. Some of them have dug holes into the sand to find some relief and comfort. Such precarious living conditions are also resulting in widespread illnesses and diseases, including among children, who are unable to receive any healthcare. Even those who have settled in previously prepared IDP camps are not free from danger. Militias are attacking these camps and abducting many young men and subjecting them to strict security checks.

It seems like the sad truth is that all of the promises of the Iraqi authorities to protect civilians and respect international humanitarian law and international human rights law during the conflict are only meaningless words to quieten the international community from otherwise accusing them of war crimes and crimes against humanity. If the government was truly committed to protect civilians we would not see men in official uniforms attacking young boys and even children on purely sectarian grounds, so unlawfully. We would not see thousands of people striving in overcrowded IDP camps or in the open-air desert, almost at the verge of death. And we would definitely not see entire villages and cities disappear into the rubble.

In light of the long history of disregard for the human rights of the Iraqi people by their own government, GICJ fears that unfortunately, without enough international pressure, what will happen in Mosul once the Iraqi forces will be inside the city, will be another unavoidable catastrophe. Perhaps the biggest and most devastating that Iraq has witnessed since the 2003 war.

It is in this dramatic context that GICJ demanded once more the High Commissioner’s urgent intervention, having completely lost all confidence and hopes in the Iraqi government, to do whatever is in his mandate and power to stop the ongoing and future carnage. In our opinion, a stronger UN position is vital if not essential to move towards peace and stability in the country.