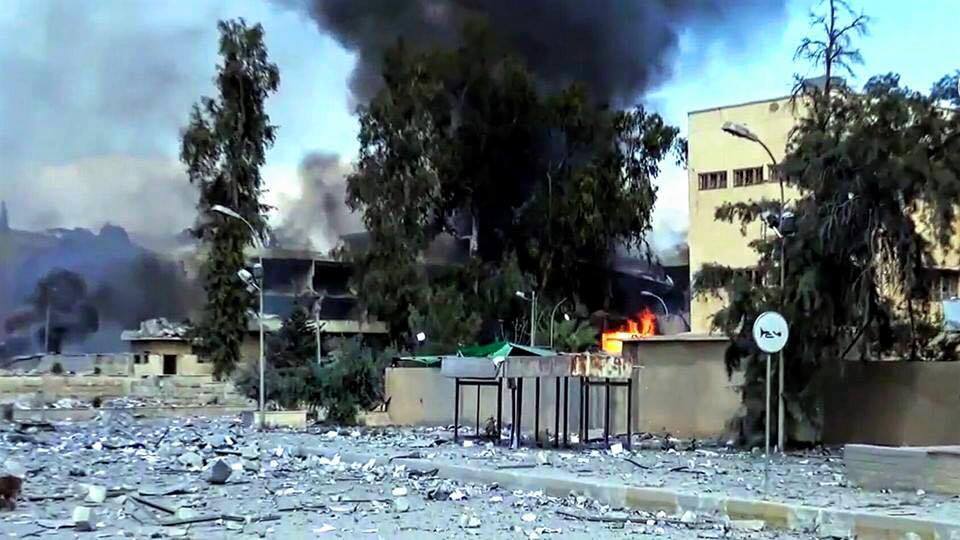 According to recent declarations made by some U.S. military officials following a report published by USA Today1, the so-called “high-risk-but-high-reward” military operations will be granted approval at lower levels. In other words, military operations that hit highly civilian populated areas where high-ranking militants are thought to be located will not need to wait approval from higher headquarters of U.S. Central Command. Apparently the change is intended in order for a “more rapid execution of strikes” to be carried out, advises Army Col. Steve Warren, a Defence Department spokesman in Baghdad, “this does not translate to more civilian casualties” he adds. However, a more dynamic execution of strikes is indeed closely linked to more casualties, contrarily to what U.S. officials may affirm. In fact, there are several targeting areas in which a number of casualties will be permitted exactly in order to achieve such a “speeder response”, depending on the time, location of the targets and the value of destroying them. Such targets are allegedly fighters belonging to the Islamic State (ISIS), who are also largely known for mixing with civilians and moving around different places, becoming, therefore, very dynamic targets.

This can only worsen the already precarious conditions of civilians in rebel-held areas, since they are at constant high risk of airstrikes, which can only increase in frequency as a result of the bureaucratic speed-up. Since the start of the campaign against ISIS, U.S. military has carried out 7794 strikes in Iraq and 3745 in Syria. Of these many attacks, however, the Pentagon only acknowledges the killing of 26 civilians. It is very straightforward to understand how this data does not reflect the real number of casualties at the slightest.

Striking example of the indifference of the Pentagon towards casualties are the attacks carried out on the 20th March 2016 on the rebel-held city of Mosul, Iraq, where they reported to have hit ISIS vehicles, a bridge, a supply cache, and a "headquarter." The last one was in fact University of Mosul, which was claimed to be used as training area, weapon manufacturing and storage facility, and communication equipment hub by the terrorist group.  Colonel Warren could not confirm the exact number of civilians who had been killed during the weekend assault as the Pentagon was "reviewing the incident," however, he added that the first estimates were “in the single digits”.

GICJ has however received data from sources on the ground, which have reported that at least 92 civilians died in the attack and other 145 were wounded, among those students and their families, faculty members, staff members and restaurants workers as between the hit buildings, there were in fact the residential compounds of the university staff. This massacre received no media coverage, like many others. Media is instead used as a tool to support the U.S. anti-terrorist campaign, to the point that casualties, if any is even declared, are considered as an unavoidable side effect, a “just sacrifice” in order to achieve the ultimate purpose of international security.  And this is exactly what it is intended by the expression “high-risk-but-high-reward” military operations.

Chris Woods, the director of Airwars.org, a UK-based organization that tracks civilian casualties in Iraq and Syria, noted that the strike was one of the most brutal his organization had ever documented. "We have never seen anything like this in 18 months, and we have looked at thousands and thousands of photos and videos across both Iraq and Syria”2 he stated.

Mr Woods’ words seem to well match up with the disastrous picture we have received by testimonies on the ground. Witnesses stated that the Coalition airstrike campaigns over Mosul went way beyond the bombing of a ISIS headquarter: raids in fact destroyed all state services buildings, including municipalities and adjacent properties on the east and west sides of Mosul, resulting in the killing and wounding of security personnel as well as residents who found themselves in the nearby. The Coalition air forces also bombed and destroyed all communication centres and hit the Dairy Production Factories and the Flour Factories, resulting in other 100 casualties, including 200 injuries among civilians who gathered to receive milk and dairy products from the factories during the day time. Mosul Pharmaceutical Industries were also hit by an airstrike with all the imaginable consequences that this could bring.

But the list is not over yet: the bombing of Al Hadbaa and Al khadraa Residential Apartments compounds resulted in 50 civilian casualties and 100 injuries. Hay al Dhubat residential area was also bombed on the 19th April 2016 killing 5 women and 4 children and destroying the whole house, as it was thought that the husband/father was a member of ISIS, whereas in fact he was only a pharmacist who had nothing to do with the terrorist association.

A house in front of the Medical College was also hit by the Coalition airstrikes, this time killing 22 civilians, and subsequently a Sunni Waqif Building was bombed, resulting in 20 deaths and 70 injuries including the destruction of nearby commercial and residential old buildings.

Rafidain Bank, Rasheed Bank and the Central Bank of Mosul were destroyed as well as all commercial and residential areas in the surroundings, causing more civilian casualties.

U.S. strikes also hit the Pepsi factory in Mosul, currently producing ice cubes only, resulting in 3 deaths and 12 injuries among the workers, as well as Mosul’s old industrial compound that caused a huge explosion of fuel tankers, causing other 150 deaths. 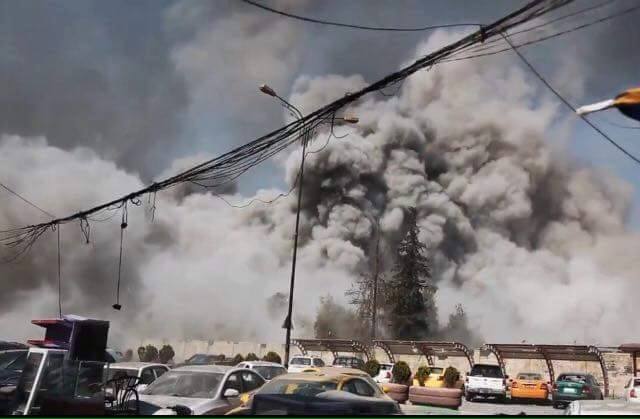 These data do not include all episodes of bombing on the second largest city of Iraq and do not reflect the real entity of the damage that the airstrikes have caused. However, it does provide a more truthful picture of what is really happening in the city, which goes in clear contraposition to what media seem to portray.

Though the past months have been particularly bloody, Mosul has been a theatre of horrors since the ISIS occupation in 2014. Since August 2014, our sources reported that an approximate number of 600 civilians (although it is very likely that the number is in truth much higher due to the difficulty in tracking the exact number of victims for each attack) lost their lives in the city by the hand of both ISIS fighters and the Coalition airstrikes against them.  Mosul is not the only example of “unexpected casualties”- many more air campaigns brought to the same results, including the launching of a fighter from the Aladid base in Qatar in the middle of February in an alleged attempt of destroying an ISIS ammunition store in Qayyarah, a region south of Mosul. American Aviation announced this airstrike as a success; however, they failed to mention that the airline had not bombed a warehouse for ammunition but the residence of Haj Ali Fathi Zeidan. “Accuracy” was used to exterminate the entire three families, including 13 children aged between 6 months and 11 years, 4 women and their husbands, and other 8 old people.

The above cited events are far from being “exceptions”. U.S. officials claim that minimizing the number of casualties is the first of their concerns when it comes to carry out an air attack. "We take extraordinary precautions to avoid civilian casualties” Navy Capt. Jeff Davis, a Pentagon spokesman, advised in a statement. “Our goal is to minimize the risk of civilian casualties to the greatest extent possible. By any standard, this is the most precise air campaign in the history of warfare”, he then adds.

Facts on the ground seem to heavily contradict him. GICJ has collected videos and other kinds of evidence, such as pictures, tweets, articles, videos and testimonies that reveal what is not covered by the media: an air campaign that targets civilian locations and results in the killing and harming of hundreds of people. This deliberate attempt of covering up such actions, that just simply amount to war crimes, in order to shift public opinion in favour of the anti-terrorist campaign happens at the expenses of Iraqi civilians and is somewhat regular. Another striking example of the political use of media, among others, occurred on 20th April 2016, when the news claimed that the Coalition bombed ISIS Shareaa Court in Hay al Dhubat in Mosul, while in reality they bombed a house of a Pharmacist and killed all the women and children inside the house.

These sad events, including the previously mentioned change in the Pentagon’s rules, should make us reflect on the direction that the “war on terror” is taking. The widespread targeting of civilian areas hidden behind the usual pretext of “targeting terrorist locations” does not combat terror, but it disseminates it further. Whereas there is a shared agreement over the fact that ISIS must be stopped, when it comes to the bloody U.S. air campaigns, public opinion is extremely shifty. Mostly, this is due by the evident lack of media coverage over certain events and the politicised flow of information that leads public opinion to identify two simple sides in the conflict “the good and the bad”; in order for the former to triumph, the latter must be defeated, even if this causes some collateral damage such as the loss of a “few” civilian lives. This is a very simplified version of a more complex issue, yet, it is somehow the message delivered by the Pentagon and, subsequently, the media when justifying operations such as the “high-risk-but-high-reward” ones. 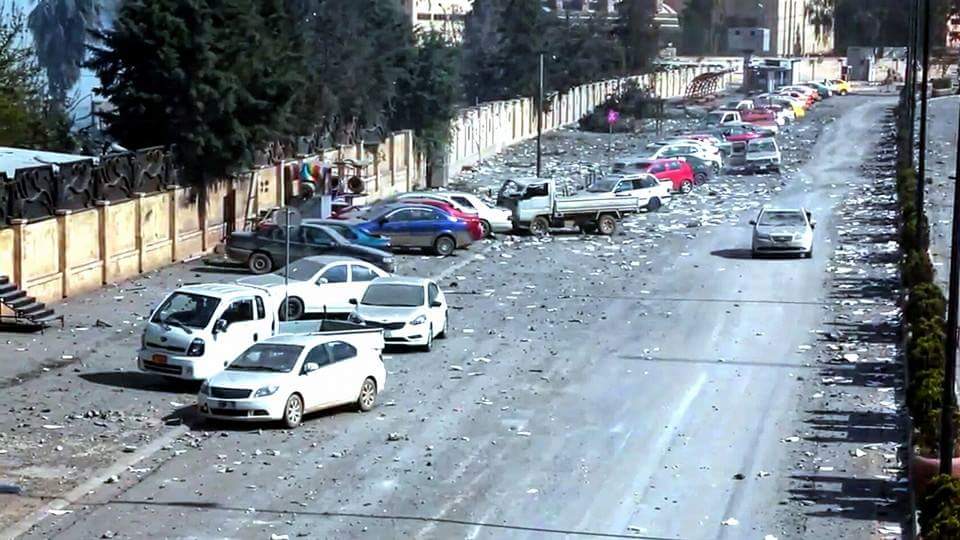 In these regards, the sole fact that the Pentagon talks about an acceptable number of casualties is appalling: having the pretentiousness to assign a “value” (or in this case, assign none) to the life of those who are so unlucky to find themselves in the nearby of terrorist targets is just simply unacceptable. If the Pentagon feels “comfortable” with the number of casualties resulted by their attacks, as declared by an official in regards to a previous raid, it does not and cannot mean that the international community should feel comfortable too. The killing of civilians is a crime, no matter who commits it, and as such, it needs to be stopped right away and immediately condemned by the use of appropriate legal means, such as raising an investigation by an international independent committee. Lastly, it urges that these events are made public by a truthful media coverage because the victims deserve, at least, the world’s indignation. Only then, perhaps, the fight against terrorism will be able to truly start.

[2] For more information on civilian casualties, you can visit: https://airwars.org/

The US Decision To Kill More Civilians in Iraq and Syria

Death and Destruction in Iraq, Extensive US War Crimes: Apocalypse in Mosul in the Guise of Bombing ISIS