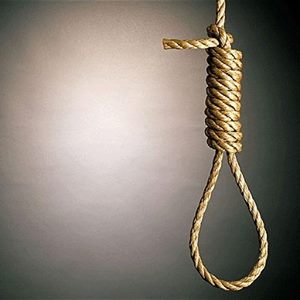 On 11th May 2016, Geneva International Centre for Justice sent an urgent appeal to the United Nations High Commissioner for Human Rights Mr Mr Zeid Ra’ad Al Hussein, to the Special Rapporteur on extrajudicial, summary or arbitrary executions Christof Heyns, and finally to the Special Rapporteur on the Independence of Judges and Lawyers Ms. Mónica Pinto, in order to demand a prompt action concerning to the latest wave of execution that is taking place in Iraq.

On the 10th May 2016, in fact, Khalid al-Shawani, spokesman of the presidency, released a statement in which he announced the ratification by the president of a “batch” of death penalties that are due to be carried out at any time from now. This wave of executions follows many others, latest of which occurred on the 31st January 2016.

GICJ, along with a vast number of other NGOs and the United Nations Human Rights bodies, has largely expressed its concerns in the past years for the systemic mass executions taking place in Iraq at the hand of the government. Since 2003 the civil society has, in fact, been active in reporting and condemning, in the form of urgent appeals to relevant bodies and press releases, the widespread executions in the country that are a result of a weak, politicized and flawed judicial system.

Our sources on the ground have confirmed that there are currently more than 500 cases of death penalties which have been sent to the presidency for approval. Most of these cases concern people who have been classified as “terrorists”, and therefore have received death sentences, which, according to Iraqi authorities, shall fall under paragraph 1, Article 4 of the 2005 Anti-Terrorism Law No.13. However, the number of studies made and the large evidence collected by our organization throughout the years have led us to strongly believe that the condemned detainees might have committed acts that are not necessarily worth execution.

In these regards, it is undeniable that authorities in Iraq have largely been using “terrorism” in the past as a pretext to execute their opponents or on sectarian basis, as occurred in many episodes; among other campaigns, it is worth to recall the “Martyr’s revenge” operation launched by the Iraqi government in 2013 that, according to the official announcement of the Iraqi government, resulted in 1,500 arrests and the killing of dozens who were all classified as alleged “terrorists”, for which GICJ at the time sent urgent appeals to the Special Rapporteur on extrajudicial, summary or arbitrary executions in order to call for the human rights violations to stop.

Both in the years preceding and following the “Martyr’s revenge” campaign, hundreds of people have been executed likewise, on the same basis and under similar circumstances.

All of this is made possible by the absence of a properly functioning judicial system. It is widely recognized by the international community that trial proceedings in Iraq fall short of international standards, abuses of due process, and convictions based on confessions enforced under torture are common practice, ignoring the legal principle of “innocent until proven guilty” and the jus cogens of Freedom from Torture. Over the past years the Office of the High Commissioner for Human Rights (OHCHR) itself expressed serious reservations about the criminal justice system in Iraq: in April 2013 the former High Commissioner for Human Rights Navi Pillay stated in regards to the 2013 wave of execution that “[…] the criminal justice system in Iraq is still not functioning adequately, with numerous convictions based on confessions obtained under torture and ill-treatment, a weak judiciary and trial proceedings that fall short of international standards. The application of the death penalty in these circumstances is unconscionable, as any miscarriage of justice as a result of capital punishment cannot be undone”.1 Concerns of the UN bodies towards the faulty Iraqi judiciary were also made known in a report published in February 2015 by the OHCHR in collaboration with UNAMI Human Rights Office, in which the patterns of such a highly malfunctioning legal system were brought to public attention, especially in regards to the judicial response to allegations of torture in the country.2

Arresting, detaining and sentencing hundreds of individuals while denying the basic rights for a fair trial are a violation of basic human rights laws, which should be instead safeguarded and guaranteed as per articles 9, 10 and 11 of the Universal Declaration of Human Rights. Additionally, the lack of evidence to support the incarceration of those individuals who are detained on the basis of anti-terrorism claims constitutes further proof of the fundamental lack of the legality and adherence to international standards of the 2005 Anti-Terrorism Law.

Furthermore, GICJ expresses its deep concern in regards to the lack of information provided by the Iraqi authorities when releasing their statements on the approval of more “batches” of executions: no exact number of how many persons are on death row is provided, nor their names or any kind of detail as of what their accusations are, thus making it difficult for the different organizations and bodies to track the identities of the victims and determine the extents to which such illegal procedures are carried out. To worsen this precarious condition of uncertainty about the entity of the crime is the awareness by the international community of the existence of a large number of secret detention centres, where an unknown number of unidentified detainees is subjected to severe human rights violations, including summary and arbitrary executions.

The partial or total lack of information can be identifiable as part of the pattern that characterizes the summary and arbitrary executions and makes this crime so easily perpetrated. Another main factor contributing to the persistence of non-legally based executions is the continuous state of impunity and unaccountability that lies within the Iraqi judicial system. The high corruption of the State institutions and the obvious interference of the executive over the judiciary system indeed make it almost impossible to investigate into these crimes and thus allow their perpetration.

It is therefore imperative that the international community, and, particularly the Office of the High Commissioner for Human Rights and the Special Rapporteur on extrajudicial, summary or arbitrary executions, pressure the Iraqi government to immediately stop the current “batch” of executions and all the future ones, in light of the countless appeals and reports that undeniably constitute evidence of the major international law violation that is costing the lives to so many people.

GICJ strongly condemns death penalty, in particular whereas it stands on no legal basis whatsoever and it is carried out in grave violation of international human rights law and therefore calls on the Iraqi government to urgently approve the dispatch of an international mission led by the United Nations to investigate all cases of death sentence already carried out and those awaiting implementation in a transparent and just manner in accordance with international standards, in order to avoid that those who are not found guilty will be made guilty.

[1] To see GICJ report on the UN High Commissioner for Human Rights’ statements on extrajudicial executions in Iraq click here.