Why the calm voices of rationality need to prevail

“Known to intelligence” is a phrase that has come up all too often following the most recent terrorist attacks on Western capitals. Not long after the terrible Charlie Hebdo massacre in Paris on 7 January this year, the media reported that the French intelligence agencies had been monitoring Said Kouachi and Cherif Kouachi; as well as the the attacker at the Jewish supermarket, Amedy Coulibaly.

On 15 December 2014, Man Haron Monis held 17 people hostage at the Lindt cafe in Sydney. Tony Abbott, the Australian prime minister, announced to the world the perpetrator of the crime was well known to the Australian intelligence services.

Similarly, when the British solider Lee Rigby was murdered in Woolwich in May 2013, it was revealed in the media that his killers, Michael Adebolajo and Michael Adebowale, were known to British intelligence.

These bloody events caused outrage among the people of Western nations and rightly so. Yet, to date, no satisfactory explanation has been offered by the relevant authorities for not apprehending these criminals prior to their barbaric crimes. This question is relevant since in these countries, particularly in the UK, there is sufficient legislation to arrest and charge anyone who incites hatred with intent to cause violence.

Before the attack in Paris, there was much public sympathy in France for the plight of the Palestinian people. There was a corresponding feeling of anger directed at Israel for the crimes committed by its forces against innocent civilians in Gaza. French president, Francois Hollande, led the initiative to recognise the creation of a sovereign Palestinian state. Overnight, the Charlie Hebdo massacre diverted French sympathy away from the Palestinian cause. Now there is much widespread French outrage against all Muslims.

It is crucial that Western public opinion does not begin to conflate all Muslims with the crimes committed by a few individuals. 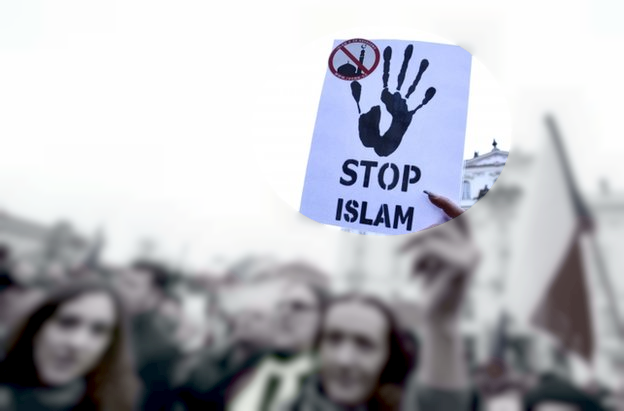 During the invasion of Iraq, US soldiers tortured Iraqi civilians in Abu Ghraib prison. Similarly, in Basra, British soldiers were involved in the torture of Baha Mousa, who later died in custody. There were other atrocities. In no way should the crimes committed by these soldiers taint all British and Americans as criminals.

Anders Brevik is a Christian fundamentalist, who murdered 70 innocent teenagers in Norway. His crime was the worst terrorist mass murder of modern times in Europe. Yet there was no widespread media panic determined to generate a fear of all Christians. Such double standards only serve to alienate minorities in Western society.

A betrayal of morals

Since 1991, generations of Iraqis have been born into a climate of war and economic sanctions. Many innocent Iraqis suffer under the continual bombardment of US and UK warplanes. In the West, the murder of innocent Palestinian women and children in Gaza by Israeli warplanes was mainly condemned by humanitarian organisations.

In Britain, the publication of the Sir John Chilcot inquiry, into the invasion of Iraq, has been delayed again. Thus denying the British public the opportunity to hold to account those responsible for the illegal invasion of Iraq; the atrocities committed against Iraqi civilians and the death of British soldiers who were morally betrayed by their superiors.

In the US, President Obama declared waterboarding, sleep deprivation and rendition as a form of torture against US law. These acts of torture also contravene international laws and the Geneva Convention. The US Senate Intelligence committee recently published a report confirming that US personnel committed these forms of torture. However, to date, no legal process has been put in place to hold to account those responsible for carrying out these acts of torture.

Individuals who commit atrocities should be treated in the eyes of the law as criminals regardless of their political dogma or their false interpretations of scripture. During the conflict in Northern Ireland, IRA operatives were referred to by the British authorities as criminals, not Catholic terrorists.

Arab and Muslim governments should play a leading role by always denouncing and disassociating themselves publicly from the crimes being committed in the name of Islam by any individuals or groups. No matter, if these political, religious and extremist groups were created, aided or supported by the US in pursuit of its wider political agenda to discredit Arabism and divide the Middle East along sectarian lines.

The eyes of the world witnessed how shamelessly this policy was executed by the US in Iraq, with such devastating and catastrophic consequences for the nation of Iraq and her people.

The implications of scapegoating

Twentieth century history serves as a reminder of the implications of scapegoating, marginalisation and discrimination. Also, of only perceiving the wrongs suffered, regardless of wrongs committed. It is a cause of increasing concern in the West that mainstream political parties may be veering in their policies and public statements towards rightwing popularist propaganda of Islamophobia and that they appear to be increasingly determined to demonise Islam and associate the faith with terrorism.

The calm voices of rationality need to prevail. This will avoid the tinderbox of discord that could once more engulf the West, leading to a clash of civilisations. Only then can we have a civil, embracing, plural and multicultural society.