WILL THIS WORLD EVER LEARN?

On June 10, 2014 the U.S. Department of State issued a press statement in which it expressed its “deepest concern” about the events that have transpired in Mosul/ Iraq and affirmed its full support for a strong, coordinated response including the provision of “all appropriate assistance … to help ensure that these efforts succeed”. It does not need much imagination to understand the language and the message. Support provided by the US in confronting “urgent threats” of alleged acts of terrorism unavoidably involves coercive force, including the provision of all kinds of arms, munitions and war material. Will this world ever learn? 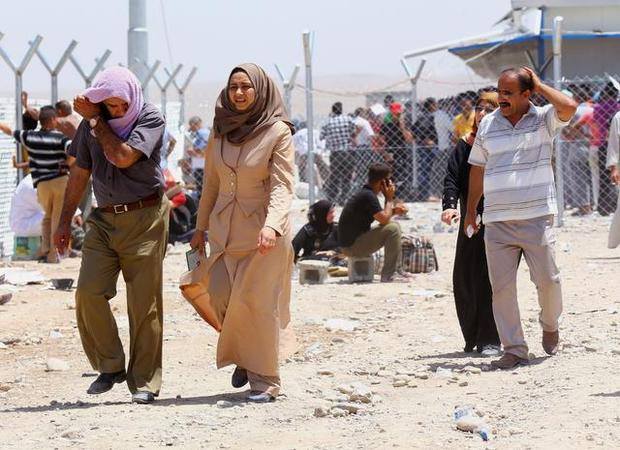 The current Iraqi Prime Minister, Nouri al-Maliki, is well known for having adopted the rhetoric and methods introduced by the invading powers of his country, and as time passed, it became obvious that the outcome of his politics was equally as divisive and disastrous. His pursuit of a merciless “iron-first” policy along sectarian lines has caused mass campaigns of arbitrary arrests to become the rule rather than the exception; whereas executions rates rose to record heights and an increasing number of political opponents found themselves faced with dubious charges of terrorism. These issues, along with the already devastated state of Iraq, added greatly to the staggering casualties and destruction following the illegal invasion in 2003.

It is unfortunate that the international community remains silent towards human rights violations in Iraq, as no forms of protest were made despite there being some of the most extreme and blatant violations of international law. It did not protest when in blatant violation of international law the entire Iraqi judicial and law enforcement system was dismantled, military and security apparatus were dissolved, and violations of human rights such as widespread killings, torture and rape escalated. This landscape, particularly during the years of American occupation, paved an environment that is ripe for extreme forms of human rights violations to be committed with impunity; an unfortunate legacy that remains with Iraq’s successive “democratic” governments.

The world has also turned a blind eye to the desperate calls of millions of Iraqi people who took their protests to the streets from the beginning of 2011 on and throughout 2013, as they demanded to end the sectarian policies of the al-Maliki government and the horrendous institutionalized human rights violations such as torture, impartial executions and widespread killings. The international community also did not listen to the Iraqi people when PM Al-Maliki responded to peaceful demonstrations by massive batteries of tanks, helicopters and missiles, calling all protestors terrorists, in a clear imitation of the official pretext of “national security” and “public order” that the Americans had used to justify their military operations.

Such derogations, as noted by High Commissioner Navi Pillay at the 26th session of the Human Rights Council, are often unfairly abused to serve and justify the violent practices of governments. As a result of this brutal policy violence has skyrocketed in Iraq in 2013, marking this year as the deadliest that Iraq has seen since 2008. 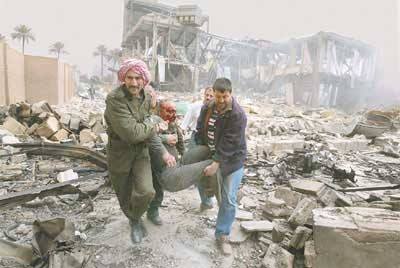 The refusal of the Iraqi government to respond to the legitimate demands of the protestors along with the silence of the international community in view of the increasing violence deployed, left the Iraqi people with sorrow and despair. On an international level the Iraqi government presented itself as forerunner in the fight against terrorism, although on numerous occasions protestors, tribe leaders and governors publicly denounced all forms of terrorism and dissociated from such accusations. Instead they desperately called for help against terrorist threats; meanwhile they also accused the Iraqi government of using the pretext of fighting terrorism against political opposition leaders and far too often taking far too drastic measures.

When the violence finally escalated at the turn of the year in 2013/ 2014 under the pretext that ISIL and al-Qaeda fighters had taken over certain areas, government forces have consistently conducted indiscriminate attacks against several cities in the province of al-Anbar. The international community has once again failed to recognize the actual political motivation behind these attacks, which stems much deeper from the mere causal factors of “wanting to eliminate terrorists”. Innocent civilians have long decried that the government has been bombing cities indiscriminately; with or without confirmation of harboured terrorists in place.

The international media and governments on the other hand, still adopts for the most part without a modicum of skepticism the official rhetoric that al-Qaeda and the Islamic State of Iraq and the Levant (ISIL) have taken over those cities. This was although political leaders and residents publicly affirmed on numerous times that their cities had not been taken over by terrorist groups but that people were fleeing, not in fear of terrorists, but in fear of the well-known brutality of Iraqi forces.

Nevertheless the Iraqi government’s portrait of protestors as being terrorists received the unconditional support from its previous occupiers USA as well as from Iran and Russia. In January 2014, an American cargo jet loaded with weapons including 2,400 rockets to arm Iraqi attack helicopters arrived in Baghdad. A contract was agreed to sell further twenty four AH-64E attack helicopters. This came on top of a delivery of a first shipment in November 2013 of highly advanced Mi-35 attack helicopters as part of a $4.3 Billion arms purchase from Russia and seventy five Hellfire missiles rushed to Baghdad in mid-December 2013.

By providing such massive military support, the US deliberately ignored warnings such as by the senior EU lawmaker Struan Stevenson, a member of the European parliament who chairs the European Parliament’s Delegation for Relations with Iraq, who stated that the onslaught against supposed terrorists in 6 Iraqi Provinces was no more than a cover for the annihilation of those parties opposed to the increasingly sectarian policies of Prime Minister Nouri al-Maliki. The US government also overheard voices from several key US senators, who in November 2013 already had written candidly to President Barack Obama and accused the Iraqi PM of being responsible for the sharp increase in sectarian violence in Iraq.

As the indiscriminate attacks by the Iraqi government forces continue in June 2014, the international community still fails to listen to the voices of the civilian population. Instead of denouncing the indiscriminate attacks through the use of heavy artillery, rockets and jet fighters and even barrel bombs against markets, municipal offices, universities and hospitals; the international media, governments and UN officials have somehow constantly assumed the official view presented by the Iraqi government. This is despite the attacks having caused the deaths of hundreds of innocent civilians, most of them women and children.

Aerial attack on Subaihat by al-Maliki forces at 2:00 on Monday 06/09/2014 during which the  family of the late Mr. Dayih Al. Shammari and six other women died

In a clear imitation of the al-Maliki rhetoric, the UN Secretary General declared on June 11, 2014, that “Terrorism must not be allowed to succeed in undoing the path towards democracy in Iraq as determined by the will of the Iraqi people.” He apparently didn’t know what he was doing when he further urged the international community to “unite in showing solidarity with Iraq as it confronts this serious security challenge”. At the moment hundreds of thousands of Iraqis are fleeing from one place to another in the wake of the escalating violence, meanwhile new armored, artillery and aerial forces are brought up for additional operations that will further complete the circle of violence.

The international support for military operations together with the announcement by the US Department of State made on June 10, 2014, would further escalate the humanitarian disaster. Numerous examples in the past, be it the illegal invasion of Iraq in 2003, the war on Afghanistan or the tragic case of Syria, have shown that fuelling violence through military supply have never contributed to just and peaceful solutions but have to the all and sundry resulted in situations that will outrage the conscience of humanity. The current situation is the result of the total destruction of a well-advanced country through the never-ending atrocities and human rights violations that followed as a consequence of an illegal military invasion. We urge the international community to never repeat the same mistake again.

On behalf of all those who oppose wars and destructions of nations, GICJ calls upon the international community to listen to the numerous desperate calls of the Iraqi civilian population, who clearly dissociate from all forms of terrorism but are desperately trying to defend themselves against a ruthless government that uses the pretext of combating terrorism as a pretext to fight a political war against rightful criticism. Even if there were one terrorist hiding in the peripheries of a city, this can in no way serve as a justification to kill innocent civilians.

The stand of the international community to always side with the Iraqi government defeats the civilians’ right to self-determination, especially as calls for peaceful protests against al-Maliki’s violent and sectarian policies since 2011 have been constantly ignored. It is far past the time that the international community learns that only justice, not more weapons and destruction, can break the circle of violence.