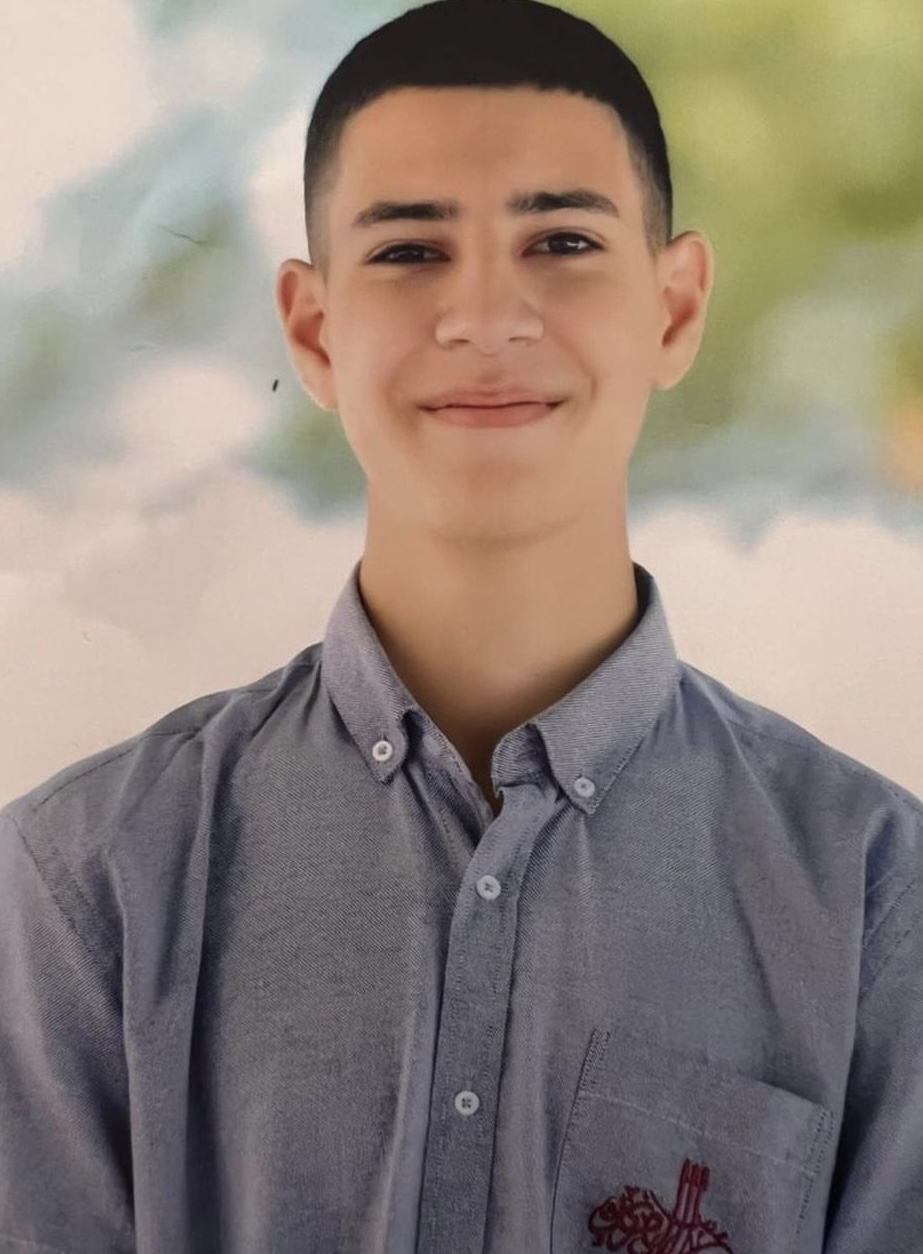 The time is 5:00 a.m. on the 18th of October 2022. The city of Beit Hanina near Ramallah and the Khoury family are still asleep. The two parents, Rania and Suhail, and their four children, Zeina, Rand, Yousef and Shadi, are unaware that a dozen Israeli soldiers and secret service agents have silently burst into their compound, preparing to storm their home.

Suddenly, the intervention took place. The bewildered family awoke to find around twelve armed soldiers turning their house upside down. Their target: Shadi, the youngest child. While preventing the rest of the family from intervening, the soldiers forcibly incapacitated the child, beating, handcuffing, and blindfolding him, before taking him away without providing him with any clothes or shoes.

The soldiers left. The family remained. One member is missing. Shadi's blood marks the way the child was deported.

Shadi is a 16-year-old Palestinian child and high school student at the Quakers Friends School. The Israeli Occupation Forces (IOF) gave no reason for his brutal arrest to his family. He was deported to the detention and interrogation centre, called the "Russian Compound", where he was "interrogated" without the presence of his family or a lawyer.

Around 5:00 p.m. on the same day, the family was able to see their child at a hearing, during which no alleged crime was clearly stated. In addition to the marks of beating on the face, the family denounces obvious marks of mistreatment on the neck, back and arms, suspecting torture practices. These observations were possible because nearly 12 hours after his arrest, he was still not given any clothes, before his brother Yousef was able to give him a jacket and trousers.

Despite the judge's orders, the family was informed that no medical assistance was provided to the young child. Shadi’s release was announced to be on the morning of the 20th of October 2022, yet the Khoury family is still waiting for the return of their beloved.

Out of anguish and hoping for assistance in finding justice for her brother, Rand Khoury shared the story of her family with GICJ.

Geneva International Centre for Justice (GICJ) is appalled by the ongoing and systematic human rights violations perpetrated by Israeli law enforcement agencies against the Palestinian people. GICJ denounces the arbitrary arrests and detentions and reminds that those imprisoned must be provided with basic needs, a lawyer, and under no circumstances be subjected to abuse of force and torture. We remind the international community that Shadi Khoury is not an isolated case, and that the international community has a responsibility not to let such behaviour go unanswered.

Geneva International Centre for Justice will refer this case to the relevant UN bodies, and continues to seek accountability for all those who suffered human rights breaches under the Israeli yoke.