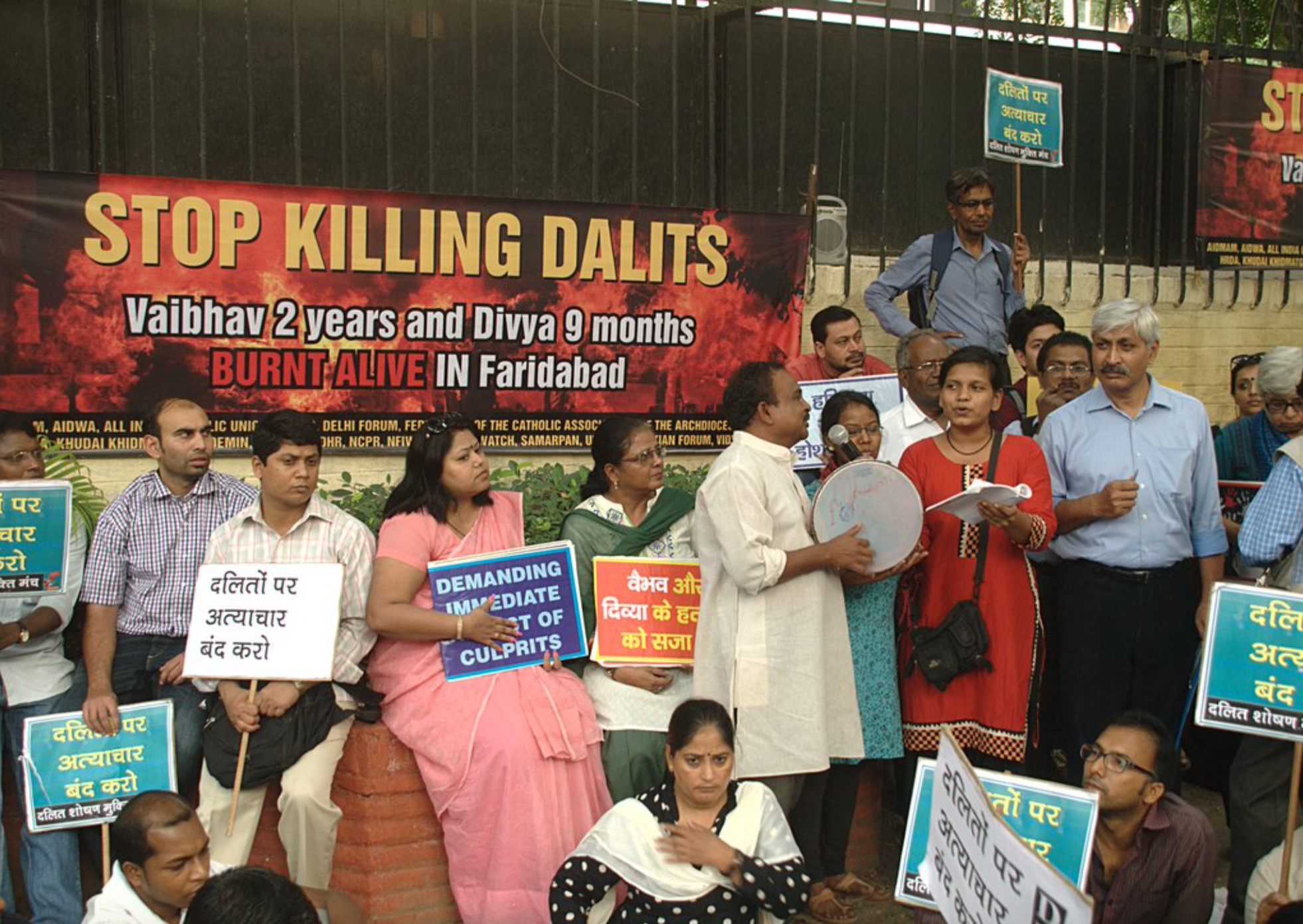 Caste is a way of categorising Indian Hindu society into different groups based on either one’s occupation or one’s “ritual purity.” Typically, lower castes perform manual labour while higher castes work blue and/or white collar jobs. This system is often viewed as inherently discriminatory due to the disparity between castes; lower caste persons are denied the dignity and respect that comes with being a part of the upper castes.

The caste system is said to have begun in 1500 BC, alongside the arrival of the Aryan dynasty in India [1]. This system persisted throughout British colonial rule and was formally abolished in 1948 upon independence. The British had settled into the practice of granting jobs only to those who belonged to the upper castes. But, after much social unrest, this practice was reversed; there were reservations instated in all government posts for those who belonged to the marginalised lower castes.

Similar to the system of slavery, even after the abolition of the caste system, the legacy of caste was still carried on through the institutions by way of “institutional casteism.” Those belonging to the lower castes were still social pariahs and were relegated to menial jobs. They lacked social mobility and could not escape their own caste status in society. Commonly known as the “untouchables,” they are regularly denied entry into temples and other public places [2].

The Indian Constitution categorised lower-caste persons into either Scheduled Castes (SC), Scheduled Tribes (ST), or Other Backward Classes (OBC). Scheduled Castes were given the Indian name of Dalits, and Scheduled Tribes were similarly known as Adivasis by the local Indian communities. Articles 15, 16, and 17 of the Indian Constitution are fundamental rights established against the caste system. Article 15 prohibits caste discrimination, Article 16 guarantees equal employment opportunities to those belonging to lower castes, and Article 17 formally abolishes the practice of untouchability. However, the reality strays far from what the Constitution promises; India is routinely characterised by caste atrocities and caste-based violence.

The National Crime Records Bureau of India reports an alarming 7 lakh atrocities against Dalit communities between the years 1991 and 2020 [3]. Media outlets often report multiple instances of men and women being assaulted on the road by their upper-caste employers [4]. In another instance, a Dalit man was murdered for daring to share the same table as upper-caste men at a wedding [5]. A 9-year-old child was beaten by his teacher for mistakenly drinking out of a bowl that was reserved only for upper-castes [6]. One must keep in mind that these instances are only the ones that are deemed necessary enough to be covered by the media; several thousands of other incidents go unreported and unnoticed.

The Census of India is one of India’s largest data collection projects carried out every 10 years. In 2011, a Socio-Economic Caste Census was conducted in order to enumerate the various caste categories that existed in the country. However, several state-level leaders were against such a project. They believed that a caste census would bring up divisive feelings amongst those belonging to different castes [7]. Conversely, the existence of caste-aggregated data could help policy-makers understand the true landscape of India, and may help establish specific policy changes according to the needs of each caste group. Therefore, the Indian government could benefit greatly from efforts taken to strengthen its data collection mechanisms. These efforts can be done by raising awareness of the prevalence of such caste-based violence, and by recruiting more individuals to join India’s Ministry of Social Justice and Empowerment.

Geneva International Centre for Justice (GICJ) strongly condemns caste-based violence and other forms of atrocities aimed towards minority castes in India. GICJ urges governments and non-profit organisations to recognize such atrocities and work towards putting an end to them.