Today, the 21st of September marks the annual International Day of Peace. An important date for the United Nations as promoting one of its main objectives, in "strengthening the ideal of peace and alleviating tensions and causes of conflicts [...] an opportunity to offer a cessation of violence and conflict throughout the world…." 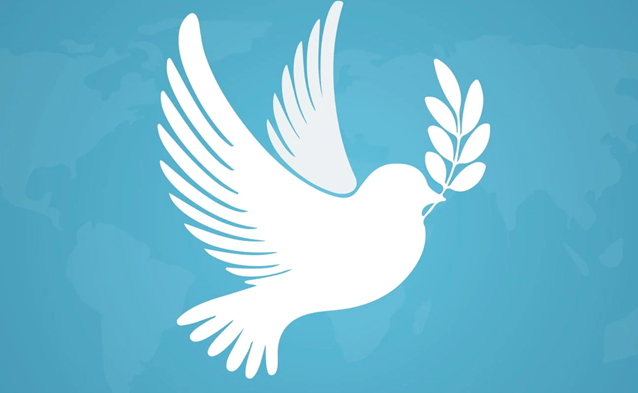 This day seeks to end the suffering of countless civilians due to armed conflict and political oppression. This year, the focus is on recovering from the Covid-19 pandemic as it has exacerbated social inequalities and reflected injustices. It has come to the United Nations General Assembly's (UNGA) attention that countless populations have yet not received a single dose of vaccine because of armed conflicts, restricting any access to healthcare. Warfare brings about numerous human rights violations among innocent people. The pandemic should be perceived as a wake-up call for countries to end the hopeless torment of innocent individuals on all continents.

During the current 48th Session of the Human Rights Council (HRC), various conflict-affected nations are brought to the schedule of the Council: Myanmar, Syria, South Sudan, Yemen, Burundi, Somalia, Democratic Republic of Congo, the Central African Republic, and the State of Palestine. Additionally, the topics of racism, development, water and sanitation, highlighting recurring issues against the progressive realization of peace worldwide. The HRC and UNGA mandate can be perceived as pillars in maintaining peace. With ongoing conflicts, whether in Eastern Europe, Asia, Africa, or the Middle East, to the detriment of massive civilian populations, we can observe a far distance from the day we will achieve peace between all nations, religions, races, and ethnicities. At any cost, the United Nations and its agencies, civil society, governments, and major international institutions will continue fighting for peace throughout the world.

The Geneva International Center for Justice takes the opportunity to remind people of all races and nations that we are all equal and need to keep up to the combat towards universal peace. Far-fetched, it is a common goal that we hold as a civil society. We will continually raise awareness and promote incentives to end warfare and protect everyone's fundamental rights.

Here is a link to GICJ's views on the matter