On the 48th session of the UN Human Rights Council, 21 Sep 2021, the Working Group on Enforced or Involuntary Disappearances reported on enforced disappearances in the context of transnational transfers. States reportedly capture and detain individuals abroad and transfer them under their jurisdiction. This would primarily include swift legal action to place individuals outside the protection of the law and facilitate their subsequent transfer which is often in cooperation with the host state. Several states have allegedly sought to sign bilateral security cooperation agreements which often contain broad and vague references to combating terrorism and transnational crime. Reportedly, host states conduct around the clock surveillance, followed by house raids and arbitrary arrests, often in undercover operations. Victims are then taken by force to unmarked vehicles and there does not seem to be any legal basis for the arrest. The officers did not identify themselves, no arrest warrants were presented, no explanations were provided, but victims were taken by force from their home or in the street, and sometimes blindfolded, hooded, and handcuffed. 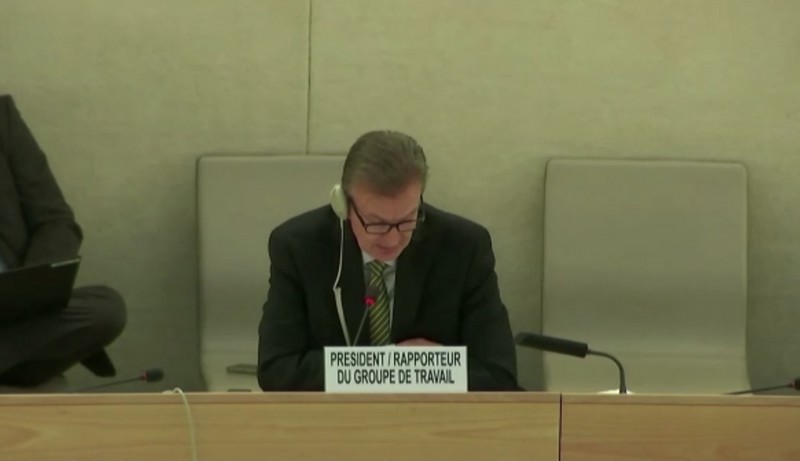 The Working Group pointed out that they were not able to visit any state due to the Covid-19 pandemic to which many states and NGOs were understanding but many, including EAFORD and GICJ, felt that these visits are imperative to the documentation of enforced disappearance.

Belarus pointed out the Working Group had not noted the recent revelations in Canada where boarding schools held the dead bodies of thousands of native children. Belarus pointed out that the Working Group had no moral right to ignore this major example of enforced disappearances. GICJ agrees that Canada should be answering for these atrocities and the Working Group, as well as other international organizations, should be reporting and taking action to mitigate this major issue. GICJ supports accountability and prevention as a high priority for Canada and the international community.

GICJ would also like to state that the enforced disappearance issues in Iraq are between two hundred thousand and a million disappeared persons since 2003. The Iraqi authorities and its militia used the pretext of fighting terrorism to justify the abduction of thousands of innocent civilians for a sectarian agenda. EAFORD and GICJ are concerned that the visit to Iraq still has not happened. We think the visit is crucial as the Iraqi authorities continue to avoid implementing the recommendations from 2016 and 2020.