For far too long Palestine has suffered heinous human rights violations and humanitarian law abuses as a result of a brutal occupation of its territory. Despite numerous UN resolutions, Israel, the occupying power, continues to carry out systematic and grave violations of international law at an alarming rate. Israeli military forces are forcibly uprooting Palestinians from their territories by operating demolitions in the West Bank, and the blockade of Gaza has worsened the social and economic crisis.

The lack of accountability for the grave violations occurring in the Occupied Palestinian Territory, and the unwillingness to investigate the acts in Gaza, the West Bank and East Jerusalem, has resulted in further violations of international humanitarian law and international criminal law.

On 20th December 2019, the International Criminal Court (ICC) Prosecutor announced the conclusion of the preliminary examination of the situation in Palestine and determined the statutory criteria under the Rome Statute has been fulfilled and an investigation can begin. On 22nd January 2020 the Office of the Prosecutor requested, pursuant to Article 19(3), for a ruling on the Court’s territorial jurisdiction in Palestine.

Finally, on 5th February 2021, the Pre-Trial Chamber I of the ICC decided, by majority, that the Court's territorial jurisdiction on the situation in Palestine, since it is a State party to the Rome Statute, extends to the territories occupied by Israel since 1967, namely Gaza, the West Bank, and East Jerusalem.

On 3rd March 2021, the International Criminal Court (ICC) opened an investigation into war crimes in Palestinian territories including the period covered by the 2014 Gaza war. Fatou Bensouda, the Chief Prosecutor, said the Court will look into crimes that are alleged to have been committed since 13th June 2014.[1] The inquiry follows close to five years of deliberations over whether the ICC has jurisdiction to investigate the alleged crimes. The situation in Palestine has been under preliminary examination since 16th January 2015. [2]

On 1st January 2015, the Government of Palestine lodged a declaration under Article 12(3) of the Rome Statute accepting the jurisdiction of the ICC over alleged crimes committed "in the occupied Palestinian territory, including East Jerusalem, since June 13, 2014".  For the State of Palestine, the Rome Statute entered into force on 1st April 2015. 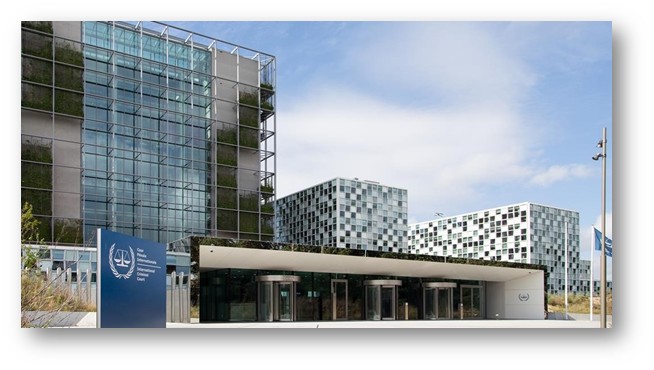 Israel gained control over the territory of Gaza in consequence of the Six-Day War in 1967. In September 2005, Israel completed its unilateral withdrawal from Gaza and has maintained that it is no longer an occupying power. Nevertheless, it may be argued that Israel remains an occupying power because of the high degree of control that it has retained over the territory of Gaza.

With the Hamas´ electoral victory in 2006 and extension of control in 2007, the territory was affected by a wave of hostilities between Israel and Hamas and other Palestinian armed groups operating in Gaza.

In 2014, the region was affected by a new wave of hostilities, which was named “The 2014 Gaza conflict”: Israel launched on 7th July 2014 the ‘Operation Protective Edge’, which lasted 51 days and had the aim to disable the military capabilities of Hamas and other groups operating in Gaza. This operation had three phases: the initial phase focused on air strikes, the ground operation on 17th July, and the alternating ceasefires and aerial strikes on 5th August.

On 26th August 2014 the hostilities ended and both sides agreed to an unconditional ceasefire.

Following this, different national and international bodies have conducted inquiries into incidents that occurred during the 2014 Gaza conflict, such as the United Nations Independent Commission of Inquiry on the 2014 Gaza Conflict, the UN Headquarters Board of Inquiry into certain incidents that occurred in the Gaza Strip between 8 July 2014 and 26 August 2014, the Israel Defence Forces (“IDF”) Military Advocate General and the Palestinian Independent National Committee. 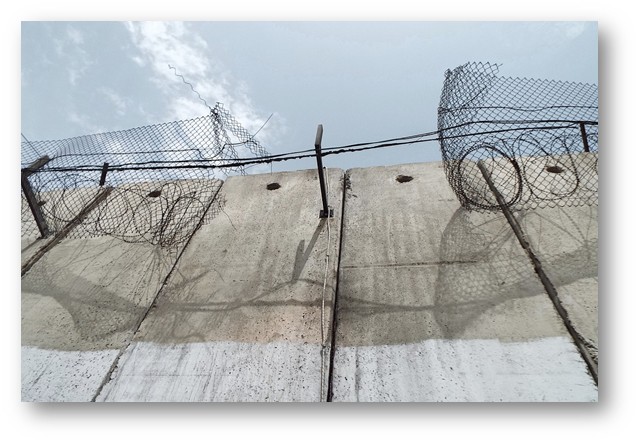 As a result of the Six-Day War, Israel acquired control over the West Bank and East Jerusalem and began adopting orders extending Israeli law, jurisdiction and administration over East Jerusalem. On 30th July 1980, the Israeli parliament passed a ‘Basic Law’ establishing the city of Jerusalem ‘complete and united’ as the capital of Israel.

This annexation of East Jerusalem was considered by The UN Security Council and International Court of Justice, among others, as a violation of the jus cogens norm prohibiting the acquisition of territory by military force. 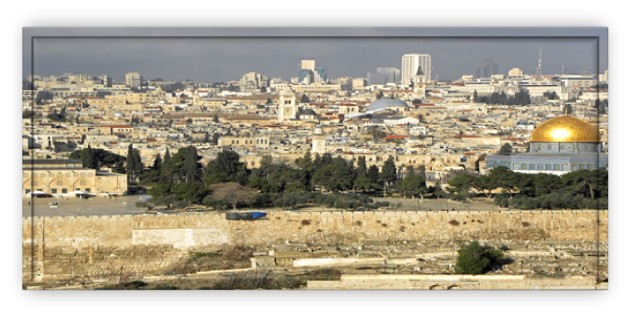 In accordance with the Oslo Accords of 1993-1995, the Palestine Liberation Organization and the State of Israel formally recognised each other and agreed on a progressive surrender of certain Palestinian-populated areas in the West Bank to the Palestinian National Authority.

Under the 1995 Interim Agreement, the West Bank was divided into three administrative divisions:

The peace talks between the parties were followed over the years by a number of negotiations, but to date, they have not reached any final peace agreement so a number of issues like security, determination of borders, the control of the city of Jerusalem, or the refugees situation remain unresolved.

However, figures reported by various sources differ on the number of overall casualties and the proportion of civilian-to-combatant casualties. 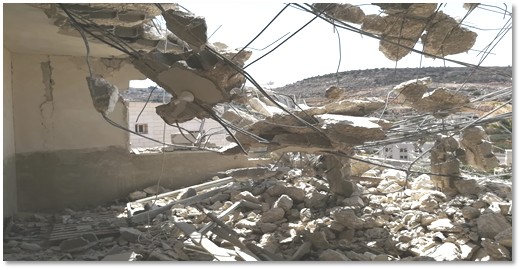 The Israeli government has reportedly led the planning and consolidation of the settlements throughout the West Bank territory by implementing a set of laws, policies and physical measures like confiscating land, demolishing Palestinian property and forcing out residents by imposing movement restrictions upon Palestinians. According to Israeli official data, in 2015, more than 62,000 dunums of West Bank land were declared to belong to the State of Israel. Moreover, according to data published by the NGO Peace Now, between January and August 2016, Israeli authorities advanced plans for a total of 2,623 new units in West-Bank and East Jerusalem, including 756 retroactive approvals of unauthorised constructions[3].

In the same year, the Israeli government destroyed 531 Palestinian owned structures in the West Bank, including East Jerusalem, resulting in the displacement of 688 people (according to figures published by the UN Office for the Coordination of Humanitarian Affairs). In addition, between 1st January and 31 July 2016, more than 889 Palestinians were displaced due to demolition by Israeli authorities of 684 Palestinian owned structures, including 110 in East Jerusalem. 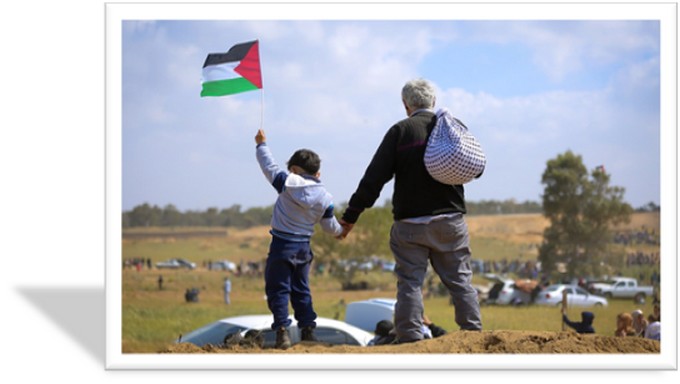 With the upsurge of violence in the region since the beginning of October 2015, allegations have been made concerning the violent attacks, killings and excessive use of force by Israeli forces against Palestinians.

ICC Office of the Prosecutor activities

Given the situation, the Office of the Prosecutor continued to gather information on alleged crimes committed in the 2014 Gaza conflict as well as in the West Bank and East Jerusalem since 13 June 2014 and monitor relevant events in the region. [4]

Based on the information collected, the Office has produced over 3,000 reported incidents and crimes which occurred during the 2014 Gaza conflict. During the reporting period the Office engaged with different governments, NGOs and intergovernmental organisations in order to address a range of matters relevant to the preliminary examination.

In March 2016, the Office conducted a mission to Amman, Jordan and met with   representatives of the Palestinian government and Palestinian NGOs and worked on various issues related to the preliminary examination.

From 5 to 10 October 2016, the Office conducted a visit to Israel and Palestine, facilitated by the Israeli and Palestinian authorities, with the logistical support of the United Nations Special Coordinator for the Middle East Peace Process.

Staff members of certain organisations that have gathered information of relevance to the OTP preliminary examination, such as Al-Haq and Al-Mezan Center for Human Rights, have been subjected to threats and other acts of intimidation, so the ICC had taken steps to ensure that measures are taken to address the situation.

Engaging in an exhaustive factual and legal assessment of the information available, the ICC Office of the Prosecutor has come to the conclusion that there is a reasonable basis to proceed with an examination on the situation in Palestine. Thus, on 3rd March 2021, an investigation began on the basis of war crimes in Palestinian territories that are alleged to have been committed since 13th June 2014.

This investigation is of utmost importance due to the amount of destruction and violence Israeli military forces have engaged in on Palestinian territories. The blatant violations of international human rights law and international humanitarian law has amounted to war crimes, resulted in the displacement of thousands, and led to the widespread destruction of property and livelihoods.

The voices of Palestinians will be heard by this investigation and accountability and justice must follow.

Geneva International Centre for Justice (GICJ) has reported in the recent years numerous cases of heinous crimes committed by Israel on Palestinians, who have been subjected to a wide range of abuses including arbitrary arrests and killings, inhumane treatment, denial of medical care and denial of free-movement and expression, among others.

During this belligerent occupation, Israel has repeatedly violated the rules of international law through its illegal settlements and forced displacement of the Palestinian population. The lack of accountability for the crimes committed in Palestine is what has allowed these crimes to continue for so long.

GICJ welcomes the initiation of the ICC of an investigation in accordance with the Rome Statute into the situation in Palestine and looks forward to just and lasting peace in the region. Peace can be attained by guaranteeing justice for the victims of crimes and granting the Palestinian people their right to freely determine their political status and advance their economic, social, and cultural development in their State of Palestine, with East Jerusalem as its capital.

GICJ maintains that justice is the most important step to be taken toward the achievement of peace in the region. The investigation of the ICC is the first step of many in order to ensure accountability and guarantee justice.

[1]  Statement of ICC Prosecutor, Fatou Bensouda, respecting an investigation of the Situation in Palestine,  https://www.icc-cpi.int/Pages/item.aspx?name=210303-prosecutor-statement-investigation-palestine

[2] The Prosecutor of the International Criminal Court, Fatou Bensouda, opens a preliminary examination of the situation in Palestine, see https://www.icc-cpi.int/Pages/item.aspx?name=pr1083