“Education is the most powerful weapon which you can use to change the world.” ― Nelson Mandela 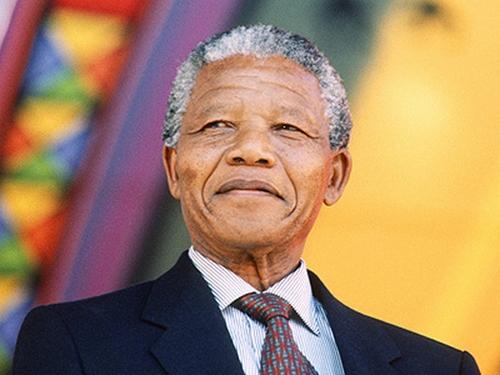 Each year, Nelson Mandela International Day commemorates Nelson Mandela’s work of fighting injustices and seeking peace. It is celebrated on Mr. Mandela’s birthday, 18 July, and marks an occasion to celebrate and reflect on his life and legacy. This year marks the 10th anniversary of this commemoration, which was declared by a unanimous decision of the United Nations General Assembly in 2009.

During his early life, Nelson Mandela was gradually drawn into the struggle against Apartheid and active involvement in politics. Once engaged, he challenged the system with deliberate statements and actions, and he held fast to non-violent means of pushing for societal change. Through 27 years as a political prisoner, he managed to continue pushing back against the system by writing political statements that were smuggled out of prison. Ultimately, he was successful in negotiating an end to Apartheid with the South African government, becoming the country’s first black president, and first president under a non-Apartheid government, in 1994.

The Nelson Mandela Foundation, launched to support the charitable work of Mr. Mandela after he left the presidency in 1999, supports annual Mandela Day celebrations. This year, the Foundation is commemorating the tenth anniversary with #ActionAgainstPoverty and a new strategy to focus attention on education and literacy, food and nutrition, shelter, sanitation, and active citizenship.

The life of Nelson Mandela demonstrates that change is possible and that fundamental and lasting change takes time, persistence and laying the proper groundwork. He also insisted on change through peaceful means. Through his work on national reconciliation as president, he showed that fundamental change must involve honestly examining and recognizing past wrongs and to provide justice and closure. However, change must also be forward-looking and not focused on revenge, which risks perpetuating a cycle of violence between groups within society.

Today, Geneva International Centre for Justice (GICJ) highlights the monumental contributions of Nelson Mandela towards freedom, combatting racial discrimination, promoting human rights and building peace. GICJ invites all States, NGOs, and individuals around the world to also pursue the righting of social wrongs and an end to discrimination through every peaceful means. There is strength in numbers and unity – together we can all build a stronger, more inclusive and peaceful world.

“For to be free is not merely to cast off one's chains, but to live in a way that respects and enhances the freedom of others.” – Nelson Mandela