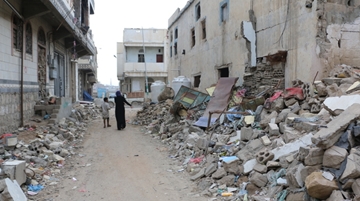 Geneva International Centre for Justice (GICJ) expresses its deep concern over the hostage-taking by the Houthi forces in Yemen.

According to Reporters Without Borders (RSF) 41 journalists have been held hostage since 2 December 2017 at the headquarters of the Yemen Al Youm TV channel in Yemen’s capital, Sana’a. The hostage taking took place following a shower of rocket grenades aimed at the TV channel’s main building, after which Houthis took control of structure. The head of RSF’s Middle East desk, Alexandra El Khazen, said “We condemn the violent actions towards journalists by the Houthis, which constitute serious violation of the Geneva Conventions”1.

GICJ equally strongly condemns the hostage taking. Not only does the GICJ urge the international community to take all possible measures to release the hostages as soon as possible, it also calls for assurance of their protection in the future. Since the beginning of the conflict, journalists have been facing strong violations of their rights and a steady decline in their freedom.

In order to ensure the freedom of press and freedom of speech everywhere, journalists should be strongly protected as they play a crucial role in the transmission and communication of facts and information. Especially in time of conflict, transparency and availability of factual information is vital in the solution of the conflict.

For these reasons, GICJ calls on the international community to protect the fundamental rights of journalists and to aid them in producing factual and comprehensive information as to help the circulation of information about the humanitarian crises the Yemeni people are experiencing.

Articles by GICJ on Yemen: