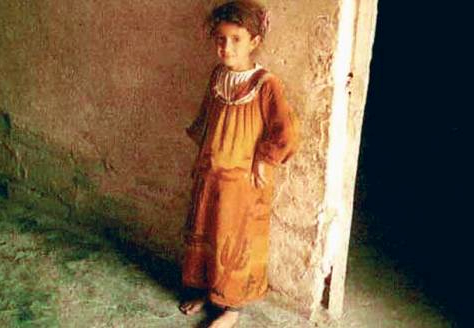 Abeer lived with her mother, her father, and her three siblings: 6-year-old Hadeel, 9-year-old Ahmed and 11-year-old Mohammed. Their house was situated west of Al-Mahmudiyah, Iraq, approximately 200 meters from a six-man U.S. traffic checkpoint. From their checkpoint, the soldiers would often watch Abeer doing her chores and tending to the garden.

On March 12, 2006, in a pre-planned attack, five soldiers walked in broad daylight into Abeer’s house. They separated Abeer and her family into two different rooms. One soldier, Steven D. Green murdered both Abeer’s parents and her younger sister, while two other soldiers “took turns” to hold the child down and rape her in the other room. Green emerged stating "I just killed them, all are dead" and proceeded to rape Abeer himself. Finally, he shot her in the head, doused her in kerosene, and set the lower part of Abeer’s body, from her stomach down to her feet, on fire. The fire spread, alerting neighours. One recalled:

"The poor girl, she was so beautiful. She lay there, one leg was stretched and the other bent and her dress was lifted up to her neck."

Green, who later described the crime as "awesome", and the other soldiers who participated in the incident told the Iraqi Army soldiers who arrived on the scene that it had been perpetrated by Sunni insurgents. The truth only came to light when an unidentified soldier later revealed the crime, following the torture and murder of two other soldiers in the same regiment, in a believed revenge attack for Abeer’s murder. If it wasn’t for this, these criminals, who have committed the worst crimes imaginable and torn a family apart, would still be free men.

This is only one incident which was “caught.” This young girl is just one victim of many made by the Iraq war. Her brothers are orphaned, her murder minimalised and accountability remains just a hope for a government which directly authorised similar horrors in Abu Ghraib. But we should not let this crime pass into oblivion. She was 14 years old and her name was Abeer.