The Syrian conflict has triggered negative consequences and has worsened the already fragile conditions of a developing country and a modernising society. The level of economic and social development has been pushed back of twenty years, and the next generations will inherit the rubbles of a once dignified country. Thousands of families live in extreme poverty, the lack of employment opportunities is sinking many into debt, children are out of school, and an entire generation risks to be completely annihilated. In addition to the above mention needs, some categories of people face even harder conditions: the conflict has forced millions of Syrians to flee their homes and their countries – thus triggering the biggest migration crisis since WWII. Internally displaced people and refugees risk their lives daily, and are often deprived of any type of support from international agencies and the international community in general.

The refugee crisis is not merely a Syrian problem; on the contrary, all neighbouring countries are deeply affected, the European Union is strained by the constant influx of asylum seekers and the burden is not equally shared by all international actors involved in the conflict. Since 2011, 4,863,684 Syrians have been registered with refugee status by the UNHCR  (last update 19 January 2017) while 6.3 million are internally displaced. Refugees, asylum seekers and migrants are now spreading all over the world in the hope of finding better conditions and escaping certain death. Not all countries have responded in the same ways, and more and more nations are beginning to turn their back to the fleeing masses. 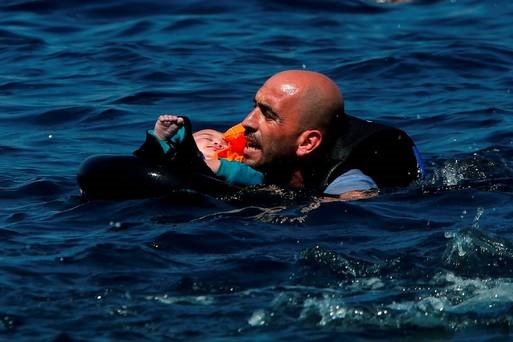 International laws often force migrants to choose the most dangerous paths to leave their countries. EU regulations require all non-EU nationals to possess a valid visa or travel document in order to legally enter the EU; as such, Syrian migrants – who have almost no chance of obtaining the valid visa necessary to leave their country in safe and legal ways – are forced to rely on smugglers to reach the European shores and file the asylum request only once in European soil. The application of the Dublin Regulations further complicates the situation for migrants who want to reach Northern countries. The Dublin System (which includes all EU member countries apart from Croatia, along with Iceland, Lichtenstein, Norway and Switzerland) allows people to ask for protection solely in the first country of arrival (mainly Italy and Greece). As such, Syrians often try to avoid checkpoints where they would be forced to leave their fingerprints and apply for asylum, and rely on land smugglers to reach their desired country of destination.

Migrants who put their lives and belongings in the hands of traffickers and smugglers face an extremely high risk of dying during the crossing, especially if they choose the maritime route. In 2016, 5,803 migrants lost their life in the Mediterranean Sea, and 254 died in January 2017 alone . Among them, we shall remember the three-year-old Aylan Kurdi, Syrian of Kurdish background, who lost his life in September 2015, while trying to reach Greece on a small and dangerous inflatable boat.

After having escaped from the norther Syrian town of Kobani, site of fierce fighting beteween ISIL and Kurdish forces, Aylan’s family was leaving Turkey in the hope of joining his father’s sister, Teema Kurdi, a hairdresser who has lived in Vancouver, Canada for more than 20 years. The unstable boat capsized few minutes after leaving Turkey: Aylan, his five-year-old brother, and his mother died, while is father was desperately trying to hold on to them and to save their lives. The small body was washed up on the shore of Bodrum, and found by two locals few hours later. 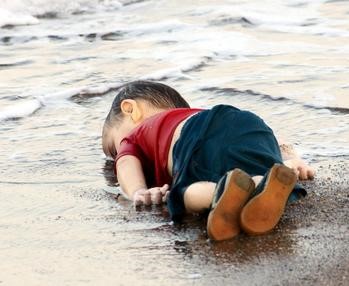 The dramatic image of the three-year-old child lying dead on the sand has called the world’s attention on the dramatic fate of millions of refugees. However, despite the momentary uproar provoked by the powerful picture, the number of deaths has continued to increase throughout 2016, and thousands of other children, men, and women have drowned in the deadly and cold Mediterranean Sea. None of them should be forgotten.