The Geneva International Centre for Justice, in cooperation with several other organisations, submitted twenty written statements to the 35th session of the Human Rights Council – which was held in Geneva from 6 to 23 June 2017. The statements tackled cases of human rights violations in Syria, Iraq, Palestine, Yemen, Myanmar and South Sudan. In all their submissions, GICJ and the co-signatory organisations provided an overview of the situation on the ground and focused on the most concerning cases, making relevant recommendations to the United Nations, the Human Rights Council, and the governments of the countries concerned.

Regarding Iraq, the organisations submitted four written statements concerning the main human rights violations committed in the country, the status of independence of the judiciary system, the shrinking democratic space – characterized by state executions and forcible repression of peaceful protests – and the violations of basic rights and fundamental freedoms at the hands of the Iraqi government. 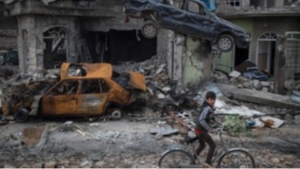 As outlined in the submissions, successive Iraqi governments have utilized the rise of ISIS to authorize high execution rates, arbitrary arrests and to justify the detention of peaceful demonstrators – all under the guise of “fighting terrorism” – thus giving rise to some of the most prolific violations of international human rights law and international humanitarian law of this century. In light of the growing violence and the persistent impunity, the organisations urged the Human Rights Council appoint a Special Rapporteur for the human rights situation in Iraq.

In their six submissions concerning Palestine, GICJ and the co-signatories expressed their grave concern for the continuation of the plight of the Palestinian people under Israel’s system of apartheid and institutionalized racial discrimination. The written statements focused on the systematic marginalization and forcible displacement of Palestinians, on the consequences of the occupation on women’s rights and on the right to education, and on Israel’s prosecution of political opponents. In the concluding recommendations, the signatory organisations deplored Israel’s persistent disregard of its international obligations, its non-compliance and non-cooperation, which further entrenches its system of injustice, under which the most fundamental human rights of Palestinians continue to be systematically violated.

One of the twenty written statements submitted to the 35th session of the Human Rights Council addressed the human rights situation in South Sudan. The outbreak of violence in December 2013 between the rival forces of Sudan People’s Liberation Army (SPLA) in support of President Salva Kiir and Sudan People’s Liberation Army In-Opposition (SPLA-IO) backing former First Vice-President Riek Machar led to a series of grave human rights violations, which caused the displacement of almost 4 million South Sudanese (1.7 refugees and 2.3 IDPs). In their statement, GICJ and the other organisations urged all relevant stakeholders to support local peace initiatives, groups, and associations in any way possible, and insisted on the importance of providing immediate humanitarian assistance to the millions of South Sudanese suffering for the famine and the widespread violence.

Concerned by the growing phenomenon of discrimination towards migrants and refugees all over the world, all organisations submitted two joint statements regarding hate speech and racial discrimination in the context of political leaders and parties. The issue of “hate speech” and “racial discrimination and intolerance in the media” is of growing concern as there have been violent consequences and responses, particularly, by extremist groups. Furthermore, hate speech in political contexts carries weight and significance especially coming from politicians due to their position in society, influence, and audience. As such, the signatories invited the United Nations to develop a set of standards for journalists and media on the use of derogatory language, use of words and imagery that incite racism, hatred, discrimination, and xenophobia backed by a media complaint mechanism.

Four of the twenty statements submitted to the Human Rights Council addressed the human rights situation in Syria and analysed the extent of the suffering of the civilian population after six years of violent conflict. The submissions focused on the appalling number of summary executions committed by armed groups and governmental forces, the conditions of internally displaced persons, the conditions of women, and the violent episodes that hinder the achievement of peaceful negotiations. Dismayed by the gravity of the violations perpetrated by all parties involved and concerned for the failure of the international community to promote the achievement of peaceful settlements, the signatories urged the Human Rights Council to pressure the Syrian government to comply with human rights and humanitarian law standards, and to promote inclusive, comprehensive, Syrian-led negotiations.

The joint submissions continued with a written statement on the human rights situation in Myanmar. In the country, abuses and violence are intrinsic part of the daily reality. In particular, the armed hostilities in Kachin and Shan, widespread violence and abuses, the dire conditions in the IDPs camps, and the increasing intercommunal tensions and religious violence represent serious threats to the enjoyment of human rights in the country. In their statement, GICJ and all co-signatories addressed the situation of Rohingya and the impact of the activity of transnational corporations in the enjoyment of human rights in Myanmar, condemned the abuses and discrimination endured by the Rohingya minority, and expressed their concern for the lack of accountability in the country.

Finally, two written statements concerning the situation in Yemen were submitted to the 35th session of the Human Rights Council, with a particular focus on the involvement of the international community in the country, and the impact of the armed conflict on children – the most vulnerable segment of society. In these joint submissions, the organisations expressed serious concerns on the unprecedented humanitarian crisis faced by Yemen: in fact, the devastating effect of the war coupled with the worsening famine, the embargo and the recent spread of cholera have led the country on the verge of collapse. Therefore, all co-signatories urged the Yemeni government to ensure that civilians have access to basics as food, shelter, water and health assistance, and called on the Human Rights Council to endorse an international independent investigation into alleged war crimes in the country.