Crimes against humanity under the pretext of
‘Fight against Terrorism’!

While the world was celebrating the coming New Year with champagne and firework, Iraqi families living in the province of al-Anbar were hiding from explosions of a very different kind. The alleged “anti-terrorist attacks” conducted by Iraqi government forces from 22 December 2013 on turned into a full-scale military attack against residential areas, resulting in numerous civil casualties and destroyed public and private properties.

Geneva International Centre for Justice (GICJ) has sent a new urgent appeal and various letters to the UN High Commissioner on Human Rights, UN Special Procedures and other Un bodies regarding the seriously deteriorating situation in Iraq. In the appeals, GICJ highlighted the large-scale military operations carried out by the government forces in the al-Anbar province since 22 December 2013, including  a suffocating siege on several cities from beginning of January 2014 on.

During the military operation several attacks on the civil neighbourhoods were undertaken, including the use of heavy artillery, tanks and airplanes. Even injured civilians were executed, against the UN Security Council' presidential statement from January 2014, in which it highlighted clear provisions of the international humanitarian law on the protection of the injured and wounded. 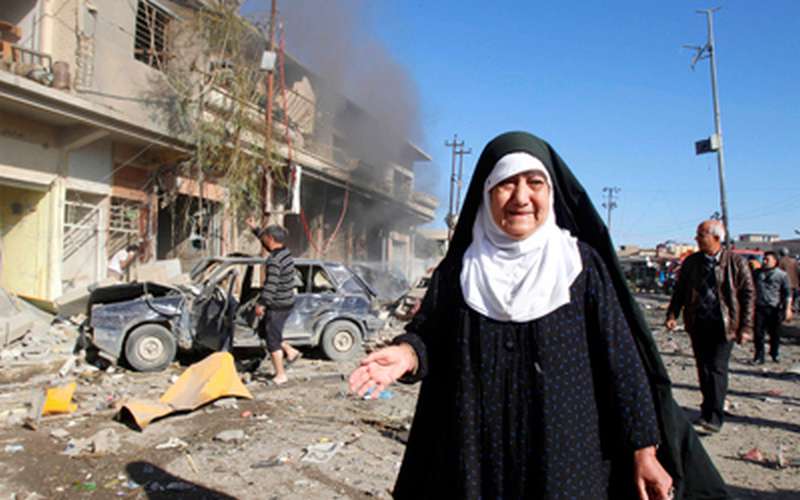 Photo: "Terrorists" according to al-Maliki

The so-called “anti-terrorism assails” are led under the pretext that the cities of al-Anbar - notably the largest of them, which are Fallujah and Ramadi - have been infiltrated by al-Qaeda, although the citizens themselves have repeatedly and clearly refuted such claims. Due to the siege and in the fear of an imminent attack by the government forces, which are known for their ruthlessness and indiscriminate brutality, countless people have fled the cities. The current situation has reached a dangerous level. Densely populated cities of Saqlawiya, Karma and Khalidiya are directly targeted, besides Ramadi and Fallujah, which are already under heavy non-discriminative bombardment by artillery and military aircrafts.

GICJ concludes that al-Maliki’s forces clearly commit crimes against humanity in the al-Anbar province. In addition, GICJ finds that the elements of the crime of genocide in al-Maliki’s policies and actions is proven beyond reasonable doubt. His army targets specific religious groups in Iraq, which fits into the legal definition of genocide of intent and action. According to the Nations Convention on the Prevention and Punishment of the Crime of Genocide the latter is defined as "any act committed with intent to destroy, in whole or in part, a national, ethnical, racial or religious group, as such: killing members of the group; causing serious bodily or mental harm to members of the group; deliberately inflicting on the group conditions of life, calculated to bring about its physical destruction in whole or in part [...].”

Since the end of 2012, many peaceful protests and demonstrations were organized throughout Iraq against the sectarian policy of the government and continuous human rights violations committed by Maliki’s forces under the pretext of national security. The protests also focused on the devastating corruption in the country and deeply flawed judicial system with detainees being frequently convicted to death penalty solely on the basis of testimony provided by the secret informants or confessions extracted through torture.

Instead of answering to the demands of the demonstrators, the crackdowns against protesters became increasingly draconian over time. As GICJ repeatedly pointed out, the official justification of the government for the excessive use of force always was the interests of “national security” and the "fight against terrorism". Under the justification that terrorists were hiding among protestors, the government forces frequently imposed heavy restrictions of movement and stormed protest camps. This was despite the fact that many leaders of these peaceful protests fought and defeated al-Qaeda during the past years. Soon it thus became clear that the government’s proclaimed “fight against terrorism” was mainly a stalking horse for the PM Al Maliki’s efforts to eradicate leading opponents from the government.

In order to have an official justification to act against the protests the government declared that terrorists were hiding among the protestors and that protest camps were infiltrated by al-Qaeda. Such claims never proved to be true and many times, such as in Hawija, the list of names published after the storming of protest camps did not include any person with a criminal records and even unarmed children and handicapped were among the wounded and killed.

In December 2013, as a show-off of power in view of his decreasing popularity ahead of the upcoming April elections, the Prime Minister Maliki even further increased the already high level pressure on the protestors. 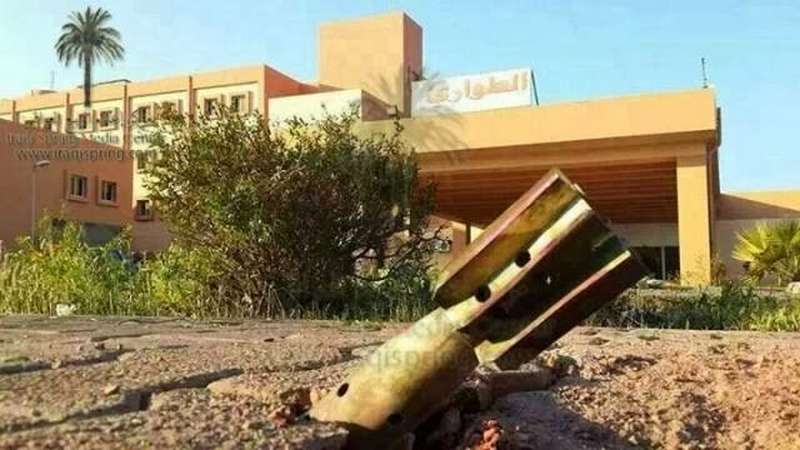 Photo: Hospitals and schools under attack

Developments over the New Year’s Eve

On the 22nd of December 2013, the government army troops launched a military campaign in the province of al-Anbar, which is a vast area of almost the size of Switzerland, where some al-Qaeda camps claimed to be located. Based on the fact that the majority of the population in the area has always been as much in the opposition to al-Qaeda as they had been against the occupation, several tribe leaders expressed their willingness to support this fight against the notorious terrorist organisation.

In the wake of the 1st of January 2014, the 600.000 residents of Fallujah, one of the main cities in al-Anbar, found themselves encircled by the government forces. The residential areas were under the military attack. This time it was claimed that al-Qaeda and ISIL (Islamic State of Iraq and the Levant) had taken over the city. Indeed some fighters wearing such signs were seen to have set police stations and government buildings on fire; however these people encountered strong resistance from the local residents.

Furthermore, the witnesses mentioned that these acclaimed terrorist fighters appeared as soon as the government’s army arrived and took positions in the surroundings of the city. Many of the contacts of GICJ in Fallujah and Baghdad therefore believe that disguised militia groups affiliated with the al-Maliki’s party were channelled into the city in order to provide the necessary pretext for an attack and gain the military support from the Western countries.

As of January 6, the main eastern, northern and southern checkpoints were closed and the army refuses to allow people, medicine or food items to enter or leave the city.  Even the Iraqi Red Crescent could not enter anymore. Families who wanted to flee could only leave under extreme difficulties. These sanctions were imposed even though the residents of Fallujah publicly affirmed numerous times that the city had not been taken over by any terrorist.

Al Maliki’s official portrayal of terrorists brought him the immediate support from the USA as well as from Iran. Also, Russia announced its support. Other voices however, such as the senior EU lawmaker Struan Stevenson, a member of the European parliament, warned in an open letter published on 7 January 2014 that “Iraq is plummeting rapidly towards civil war and genocide”. In a second letter published on 20 Januaray 2014 Stevenson’s further warned that claims by al-Maliki were "utter nonsense". Still, he had "convinced his American allies that he is fighting a war on terror and they are pouring in rockets, drones and other military hardware which Maliki is using to bomb and kill civilian targets".

Al-Maliki insists once again to demolish all demonstrations and to use force against all the cities that witness resistance against his policies. The continuing use of the army against densely populated cities can only lead to another huge humanitarian disaster. Many residents are fleeing, not in fear of terrorists but in fear of the government forces and over hundred people have already lost their lives during the attacks by tanks and by air that mainly targeted the residential areas in the outskirts of the city.

As of January 17, 2014 the people of Fallujah are in constant fear of an imminent attack and serious escalation of the situation, with refugee camps outside Fallujah being under continuous fighting, leaving those who fled the conflict regions with no other place to escape to. People on the ground say that a terrible bloodshed can only be avoided when al-Maliki immediately resigns.

The ruthless military attacks against civilians by the al-Maliki forces is in serious violation of all fundamental human rights and must immediately be ended. The right to life is the supreme right from which no derogation is permitted, even in the times of public emergency.

While condemning terrorists and all terrorist acts, GICJ believes that the pretext of fighting terrorists must not be continuously abused to target those who raise their voices against human rights violations, corruption and sectarian policies.

Finally GICJ also requested the UN Special Rapporteur (SR) on freedoms of peaceful assembly and association as well as the SR on Freedom of Opinion and Expression and the SR on on extrajudicial, summary or arbitrary executions to immediately request a country visit to Iraq.