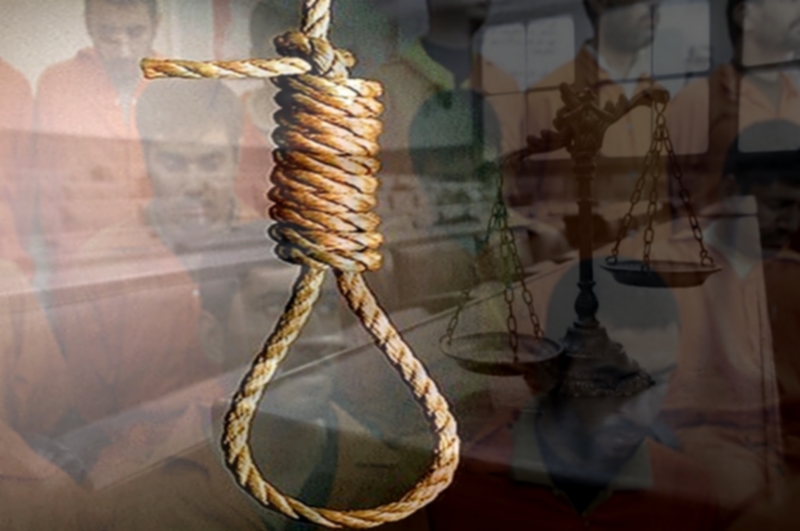 On 26th August 2016, GICJ wrote to the United Nations High Commissioner for Human Rights to express its acute concern regarding the execution of 36 persons on August 21, 2016. This letter is a follow-up to the previous urgent appeal sent on 20th July 2016 about the ratification by the Iraqi President of the new amendment to the Criminal Procedure Code No. 23, as well as to the many others denouncing the abusive use of the capital punishment in Iraq.

Deeply concerned that these 36 executions are just a few of the many to come as a consequence of this new bill passed to expedite the implementation of death sentences, GICJ urged the High Commissioner to take stronger measures in order to put a halt to such practices.

On Sunday 21st August 2016, Iraqi Ministry of Justice, Haidar al-Zamili, has announced the execution of 36 persons.

According to the spokesman for the governor’s office in Dhiqar province, “the executions of 36 convicted over the Speicher crimes were carried out this morning in Nasiriyah prison”. He added that Justice Minister was present.

In these circumstances, GICJ highly fears that these executions constitute, in fact, an act of retaliation and do not aim at bringing to justice the real criminals. Such revengeful behaviour will only further impair the already severely flawed and fundamentally unfair Iraqi judicial system.

While GICJ strongly condemns the Camp Speicher massacre and recognizes the importance of holding accountable the authors in order to achieve justice, this should not come as an act of revenge against persons that might have no relation whatsoever with this crime. According to GICJ sources in Iraq, many of the accused were prosecuted on the sole basis of their geographical origin and sectarian background. It is noteworthy that a number of political leaders and pro-government militias are heavily involved in the process of these so-called “trials”. GICJ also recalls that leaders of these militias have publicly admitted to have executed many people from different areas, just as an act of revenge to the Camp Speicher massacre.

The UN High Commissioner for Human Rights, Zeid Ra’ad Al Hussein, expressed his dismay at the situation in a statement dated on 23rd August 2016. He reminded the Iraqi authorities of his position previously expressed in the aftermath of the killing at Camp Speicher, stressing out that “any trial conducted in connection with the massacre respected due process and international fair trial rather than be fuelled by vengeance”. Moreover, he added being “concerned that the individuals who have been executed were convicted only on the basis of information provided by secret informants or by confessions allegedly extracted under duress”.

In the immediate aftermath of the three terrorist attacks carried out in different districts of Bagdad on 3rd July 2016, leaving more than 300 people killed and over 246 injured, the Iraqi Prime Minister Haider al-Abadi, ordered the Ministry of Justice to take the appropriate measures in order to expedite the implementation of the death penalty of inmates convicted of terrorism. The same day, on 4th July 2016, the Justice Minister issued a statement declaring that five prisoners had been executed, in an apparent act of retaliation. He also stated that his office was taking measures to speed up the implementation of death sentences by shortening to 30 days the time the President has to issue a decree for carrying out or commuting a death sentence.

According to the bill, the Ministry of Justice will proceed with the execution after one month from the time the court has delivered the judgement and without waiting a ratification decree from the president if he didn’t issue one during the said month.

Immediately after the announcement of this amendment to the Criminal Procedure Code, GICJ warned that Iraq was now fully equipped to remain amongst the top 3 executioner states in the world and to compete for the highest position in this deplorable ranking.

In these circumstances, UN High Commissioner for Human Rights, Zeid Ra’ad Al Hussein, expressed his concern in a statement dated on 1st August 2016, underlining the fact that “fast-tracking executions will only accelerate injustice” . Moreover, as it appears that the Government of Iraq continues to operate with total disregard for international law and its obligations under various treaties, he urged it “not to take any actions that may further weaken the administration of justice and diminish the rights of those subjected to criminal legal procedures”.

It is already well established that the Iraqi judicial system does not adhere to any of the basic international standards required for a fair trial. In this regard, it has been repeatedly condemned for accepting confessions extracted under torture and issuing death sentences based on secret informants and anonymous denunciations. It is widely reported that those individuals charged with terrorism charges are routinely deprived of the right to an effective defence and exposed to the worst forms of inhuman treatments while languishing in horrendous conditions of detention. Moreover, the Iraqi Anti- Terrorism Law No. 13, providing the legal basis for the issuance of sentences of capital punishment for terrorism related crimes, is systematically misused by the Iraqi authorities in order to dispose of critics of the regime, often seemingly on a sectarian basis.

It is especially concerning that the individuals who have been executed were convicted only on the basis of information provided by secret informants or by confessions extracted under violence.

As mentioned above, the Iraqi system is well known for its use of torture as technics of interrogation. In these regards, 19 of the defendants were reported to have made allegations of torture but no investigation whatsoever have been made into these claims.

The Iraqi authorities once again displayed their total disregard of the right of the convict to a fair trial. Indeed, the defendants were not allowed to have a proper defence team by their sides, only court appointed lawyer.

An estimated 1,200 persons remain on death row in Iraq as we write this piece and so there is a crucial need to act in order to avoid more executions.

Such lack of transparency and fairness, in particular when it comes to the issuance and implementation of capital punishment, is greatly disturbing. The situation is even more urgent that while this policy is employed under the pretext of fighting terrorism, the facts on the ground show that it is being used as a means of revenge against opponents, on political and sectarian grounds.